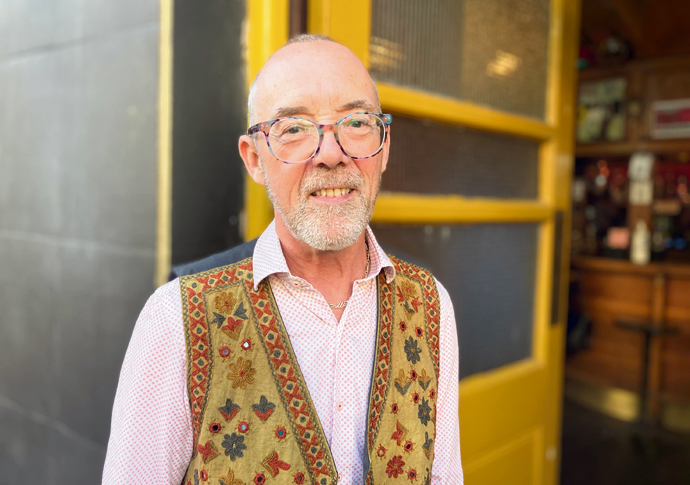 THE man whose campaign was the inspiration for the hit film Pride has told how the younger generation give him hope for the future.

Mike Jackson, who lives in King’s Cross, was secretary of the Lesbians and Gays Support the Miners (LGSM) action group in the 1980s and is played by actor Joe Gilgun in the film.

Speaking after Pride weekend, which saw the annual march through London cancelled due to Covid concerns, Mr Jackson told the Tribune that the film had reunited him with old friends from the campaign at a special screening.

“It’s a story about strikers, lesbians, miners – the sorts of people who were very unpopular at the time,” he said.

“A lot of the people in the cinema audience were school children.

“It really caught the imagination of the under-20s, particularly girls.

“It was a complete puzzle to me.

“I suppose they are growing up in a world where politicians are awful and democracy is being threatened.

“There is a sense of hopelessness. It shows ordinary people can come together and change the world.”

Mr Jackson has been visiting schools since the film’s release in 2014 and giving talks about his story. 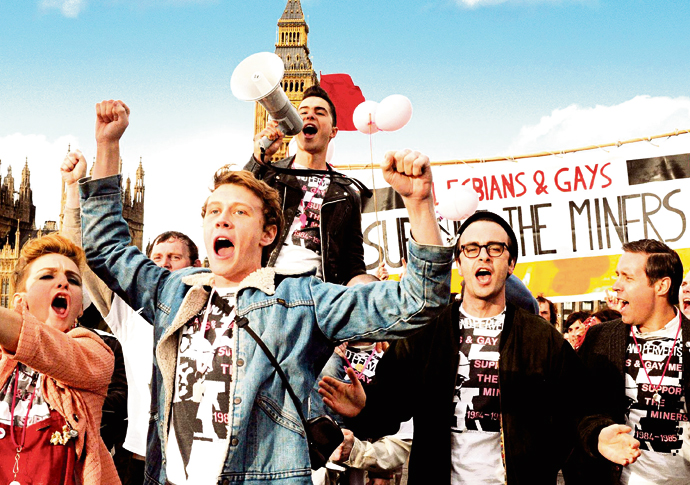 A scene from Pride

Pride follows how the LGSM group formed friendships with miners in Wales during the strikes against pit closures ordered by Margaret Thatcher’s government.

“I love going to schools,” said Mr Jackson. “Kids asks questions that adults just don’t. They have no filter in some respects.

“It’s about fighting against the odds. It doesn’t matter if you win a fight or don’t win a fight. You fight. Miners sadly didn’t win and they were heroes.

“Trade unions are now reduced to ineffective because of legislation but we carry on.”

In the film, the campaigners used Marchmont Street bookshop Gay’s The Word as their headquarters, but in reality Mr Jackson said the group set up shop at the Fallen Angel pub in Graham Street.

The original LGSM members met for a private screening of the film in Soho and saw each other for the first time in 30 years.

“We were all in tears,” said Mr Jackson.

“We hadn’t seen each other for 30 years and now there was a movie based on what we did.

“It is not all factually correct. They told me they wanted to make a film rather than a documentary as they thought it would have more impact and they were right. They originally pitched it to us as a rom-com, and we were not sure about that.

“But in reality it is a highly political film.”

He added: “It is not just about LGBT but it is about unions, [and] also sexism. I’ve always thought you would get two types of people watching: people with political heads and others who might not be so political but who will watch it anyway and be profoundly changed by it.

“I met a former miner at an event and he said, ‘Thanks for what you did’. It turned out his son was gay and he said to me, ‘Because of you, I understand’.”