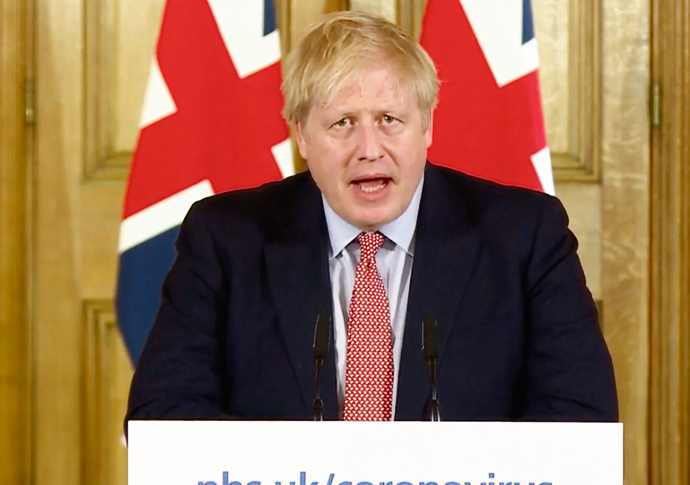 THE government daily pours out a confusing barrage of plans, promises and pledges.

Readers should use their common sense – which we know they will – and carefully scrutinise what the Prime Minister and his “experts” are saying. Some of it is spin.

But even when it did, it did not amount to much for many businesses.

What is facing Britain’s hundreds of thousands of small businesses is the loss of revenue or income. If the nation comes to a full stop – income disappears. Within a few weeks those businesses will face liquidation.

The government is still fumbling. Its promises about “loans” are fuzzy.

Are the government knaves or fools?

They can only be judged by the outcome of their decisions. At present, they are not reassuring.

Why weren’t tests being carried out as elsewhere? Without tests how can you assess the rate at which the disease is spreading?

On Sunday, a London Ambulance team was called to the home of an elderly colleague who was showing signs linked to his underlying conditions.

They checked his “signs” and were satisfied that he was as good as can be expected.

But they did not carry out a virus test because, they said, it costs £20 and there was no point to it.

As we know that was in line with Whitehall’s “experts” at the weekend – but today they are setting out to test thousands every day.

We sense panic decision-making – and failure to take command of the economy. Cash not loans, should be made to small companies to retain staff.

In the next week or so, there could be a lot of anger on the streets if large numbers of people are without cash.

The mainstream media is silent. As are the broadcasters. They appear to be afraid to ask the real questions people are asking.

This newspaper isn’t. The unions and community activists have been weakened over the past three decades. They need to come together again – and protest. We are sure Camden Council is supportive of the aims set out in this editorial.

Who do we want to govern the nation – the “experts” or the people?