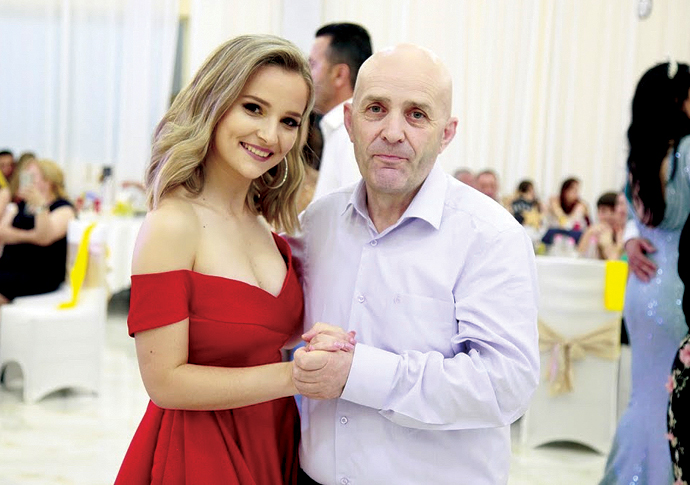 A STUDENT fulfilled her father’s dying wish as she graduated from university this summer.

Oriola Biba, 21, is at the end of her law degree from City University in Northampton Square, after promising father Ndue Biba, who died last year, that she would graduate for him.

Originally from Albania, Oriola’s parents both worked 16 hours a day in an electronics store and clothing shop to fund the family’s education.

Ms Biba said: “My father was diagnosed with colon cancer just when I was about to move to the UK and start my university journey. He asked my mother not to tell me because he didn’t want to disturb my focus and studies.”

She added: “He made me promise that I will finish my degree no matter how impossible it seems. I did it for him.”

“My father was and always will be my best friend,” said Ms Biba. “He and I shared an incredible love for books, knowledge, and family. We also shared the same dreams and his biggest dream was to see me graduate.

“He would always say that he worked so hard so that I would never had to struggle like he and my mum did.”

Ms Biba is now living in Old Street and beginning her search for a graduate job.

“My mentors at City have helped me throughout my course and my friends have kept me close and made me feel at home,” she said.