Leader joined in 1948, when he was a pupil at Thornhill Primary School 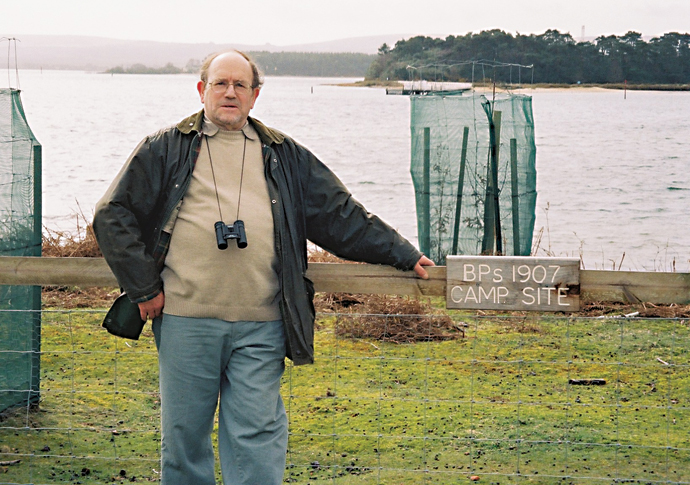 Albert Pinching: ‘Always had a tip on how to make things easier’

A SCOUT leader who had belonged to the same group since he was nine years old has died at the age of 81.

The 5th Islington Scout Group in Barnsbury was started in 1908 and for more than half its history Albert Pinching was involved.

He joined in 1948, when he was a pupil at Thornhill Primary School, and stayed right up until his death last month.

Alison Cull, chair of the 5th Islington Scout Group, said: “To me, he was the epitome of scouting. He was somebody who took time and gave his time to help young people in the borough and had done that for quite a while.”

He lived in Barnsbury for most of his life before moving to Clerkenwell, opposite St Luke’s Church.

His secondary schooling was at Dame Alice Owen’s School in Angel which has now moved to Potters Bar.

He was a keen member of the Islington Archaeology and History Society, and would occasionally give lectures. He had a keen interest in local history and wrote several books on areas of north London.

He started scouting, like many others, as a Wolf Cub and subsequently become a Boy Scout, Senior Scout and Rover Scout.

He used his skills to help others and by 1957, while still at school, he was helping run his own scout troop.

He was formally appointment as a leader in 1960 when he joined the 5th, taking over the leadership of the group in 1966.

Albert sat on various committees and, on reaching 65, he remained an active member of the 5th group’s executive committee.

In 2005 he was awarded the Silver Wolf in recognition of his services to scouting.

Friend Alan Griffiths, who met Albert at school, said: “He travelled widely and his easy manner endeared him to people wherever he went.

“A warm and caring man, he will be long remembered by his many friends and all the people he inspired and supported throughout his long scouting career.”

Ms Cull added: “He was immensely supportive, he took time to talk to my son about what he enjoyed about scouting and what he found slightly tricky.

“He always had a tip on how to make things easier.

“He was just somebody who was immensely considerate of other people.”