‘Little Lord' Fauntleroy: down and out in Berners Street

On this week's virtual ramble through Westminster, Diary revisits a tragic heist on Tottenham Street, calls in for a pint at Rathbone Place, and meets a famous forger

Berners Street was home to Henry ‘Little Lord’ Fauntleroy – he was charged with forging signatures on trust funds and it was said he piffled £250,000

HOW’S the chin? Keeping up? Not too wobbly? Diary hopes so, as we need to be in good spirits as we embark again on a virtual, shapeless meander through Westminster to enjoy these time-trodden streets.

Last week we stopped our promenade at Colville Place, Fitzrovia, and will now pick up the pace and head through WC1.

Our first stop is Tottenham Street, where we will pause for a moment to remember the late Alec De Antiquis, a man who in life was unknown but whose death prompted an outpouring of grief and a tabloid campaign to make sure his widow never had to work again.

Jays Jewellers, Tottenham Street, was founded 50 yards from Charlotte Street. On Tuesday, April 29 1947, three men entered and drew pistols. They grabbed what they could and scarpered to their getaway car, a four-door Vauxhall saloon.

A delivery van had pulled into the road and was now blocking their route. The three men, long coats flapping and hats lost in the milieu, set off on foot. 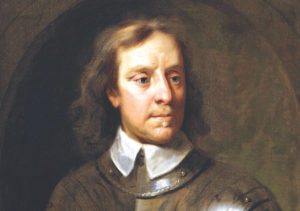 Just as the trio reached the corner a motorbike ridden by mechanic De Antiquis came zooming towards them. He cut his engine and guided the bike into a skid, aiming at the closest stick-up kid.

As he leapt off, a gun was drawn, and the sound of a shot echoed through the streets…

Poor Alec did not survive, and catching his murderers became one of the biggest manhunts of the post-war period.

While we are back in the 1940s, let us look at what neighboured Jay’s Jewellers.

Opposite was Tora and Sons, Barbers and the New Scala Restaurant. Further along you would find Wilson Fish and Chips, Handy’s Cafe, Lawrence Treble Boot Repairs and Simon Kaufman’s Leather Goods. All were owned by families of the Jewish faith, and Fitzrovia had a large Jewish community for at least three decades after the war: its proximity to the theatres and the hotels provided those in the rag trade employment.

While we linger on the fringes of Soho proper and consider past occupations and industries, let us head down Rathbone Place and pause outside The Wheatsheaf, whose saloon bar was the haunt of that famous Bohemian who cared little for hard graft, Julian Maclaren Ross.

His book, Memoirs of the Forties, captured the area’s louche extravagances, all of which were performed on a shoestring. JMR was always chronically skint and in the 1930s found himself in Bognor Regis trying to flog vacuum cleaners door to door.

Julian told Graham Greene about it – which in itself is interesting as Greene would later use a vacuum salesman who pretended the parts of a Hoover were top secret Soviet nuclear plans in his novel Our Man In Havana, perhaps inspired by JMR. 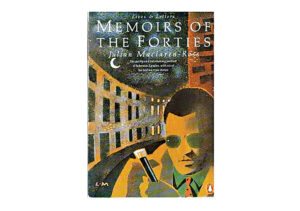 Greene’s interest was piqued, and asked him if he was doing he job as research for a book.

“No,” replied JMR. “I’m doing it because otherwise I wouldn’t have any money.”

A cut through the alley that is Rathbone Square and we come out into Newman Street. This road is on land once owned by Josias Berners, who purchased a swathe in 1654. He had an interest in the New River Company, held radical Republican politics and was a supporter of the Cromwellian Commonwealth.

His grandson, William, struck a deal with the nicely named Thomas Huddle in 1738 to develop a garden and cow yard: it was 665 feet long and is the precursor to what is now Oxford Street.

As the Berners estate was developed, it became fashionable with musicians and instrument makers (Bach lived in Newman Street in 1773) and artists of both the aesthetic and the confidence varieties.

Berners Street was home to sculptors John Moore and John Bacon in the 1770s, while glass-painter Joseph Backler enjoyed visits from royalty to see his stained glass windows being made.

DG Rossetti had a base in Newman Street, and would paint well into the night. Artist Ford Madox Brown borrowed studio space there, where he stayed three days a week. When not in Berners Street, FMB could be found in the countryside – Hampstead to be precise – where he had a home with his girlfriend, Emily Hill. She had modelled for him and they both feared scandal if seen together in town.
Madox Brown and Rossetti were not easy flatmates: Brown accused Rossetti of “making the whole place miserable and filthy, [while] translating sonnets at breakfast”.

And on to our final stop today: we will pause outside the double-fronted Berners Street home of the forger Henry Fauntleroy, who is surely the origin of the phrase “Little Lord”.

A banker by trade, he worked for Marsh, Sibbald and Co, which his father founded.

Henry became a partner and it was on his watch in 1824 that the bank ran out of cash: Fauntleroy was charged with forging signatures on trust funds and it was said he piffled £250,000, all spent on complete debauchery. Fauntleroy was sentenced to hang, despite the character witnesses of 17 bankers and merchants.

Later, rumours circulated he had escaped by inserting a small silver tube into his throat which stopped him being strangled and retired to live out his days in extreme comfort somewhere on the Continent.

And on that note, we bid you adieu for another week. Stay safe and stay well.