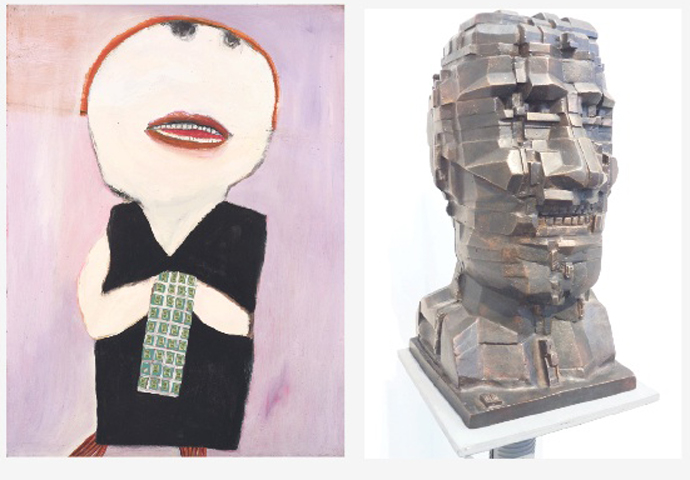 As Donald Trump denounces environmental “prophets of doom” at the Davos World Economic Forum, ironically with Greta Thunberg looking on, the crisis is echoed at the London Art Fair.

On TAG Fine Arts’ stand is a silkscreen print by anonymous street artist Bambi where she depicts Greta sitting by Sir David Attenborough plus two apes and two placards. One reads SKOLSTREJK FÖR KLIMATET and the other SAVE OUR HOME, amended to read SAVE OUR HOMO-SAPIENS.

It’s just one of thousands of artworks that can be seen at LAF in Islington’s Business Design Centre, the well-established, bright, opener to the 2020 art scene.

LAF director Sarah Monks says: “We bring the best galleries from around the world and bring the best collectors and art enthusiasts together and create… a moment for collaborations and conversations, and to really help contribute to the art market”.

That means some 126 galleries and thousands of works. Some are local. TAG, for example, have their permanent base at the design centre itself, but galleries from as far afield as Singapore, Japan, Canada and Israel exhibit.

And the range of modern and contemporary works is vast. From Spain can be seen Maria José Gallardo’s metre-high oil with enamel and gold foil, Maria Magdalena, a haunting examination of religion in a wide sense, with the inclusion of skulls and black flower imagery as part of its challenge.

At the other end of the figurative scale there is Norman Cornish’s charming ink study Man Reading Newspaper II, which does what it says on the label.

This is an international selling show but offers much more, with sections devoted to emerging galleries and new contemporary practice, and a programme of collaborative film and new media initiatives. Photo50, a guest-curated exhibition, examines the work of 10 women photographers aged over 50 and the “cultural space that they inhabit”.

The trend of artists’ using textiles is explored in Projects: Threading Forms.

The market is the market, though, and it’s worth shopping around. This could be for a print by Picasso, Chagall or Bacon, or some new talent. Or it could be an original painting by Gwen John, Frank Auerbach or Stanley Spencer; even a ceramic by Grayson Perry.

LAF’s museum partnership this year features Southampton City Art Gallery’s notable collection. Among many highlights for those with money: charcoals by Leon Kossoff, who died last July, one priced at £225K; better, perhaps, an Eduardo Paolozzi bronze, Head, 1993 at £70K; or for those not even put off by a POA tag, stunning oils by David Bomberg, including Portrait of Lilian Bomberg (née Holt), and Self-Portrait Wearing Glasses, both from 1937.

Or an anonymous, scruffy, yet neat slice of history, Harvard Protest Poster, woodcut, 1969, at £1,800… “Strike because they are trying to squeeze the life out of you” etc..

On paper and Pablo 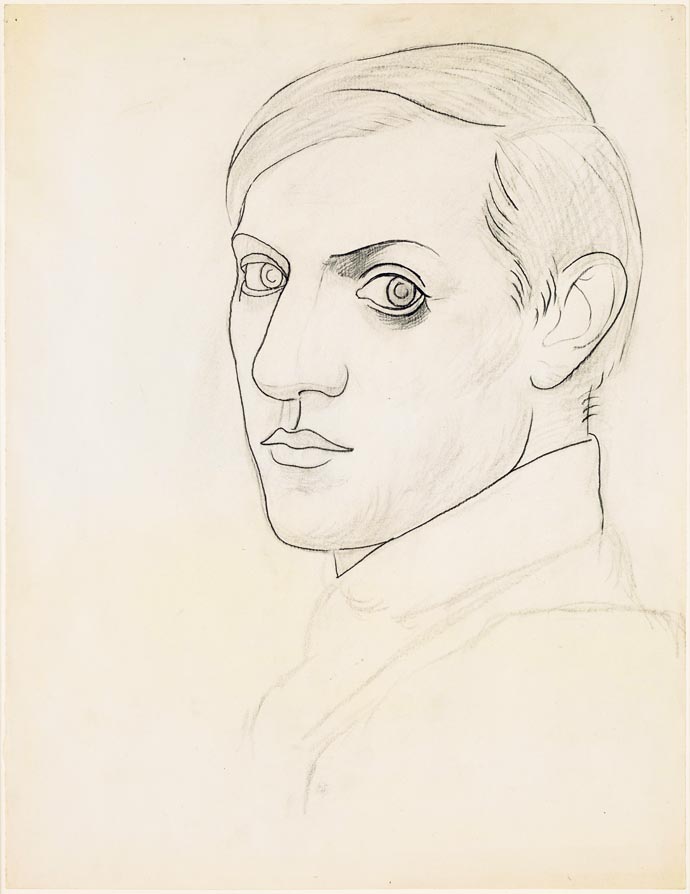 The Royal Academy’s blockbuster Picasso and Paper opens January 25 and runs to April 13. “The most comprehensive exhibition devoted to Picasso’s imaginative and original uses of paper ever”, it features more than 300 works covering 80 years.
www.royalacademy.org.uk/exhibition/picasso-and-paper