Lost in Vagueness: revels with a cause 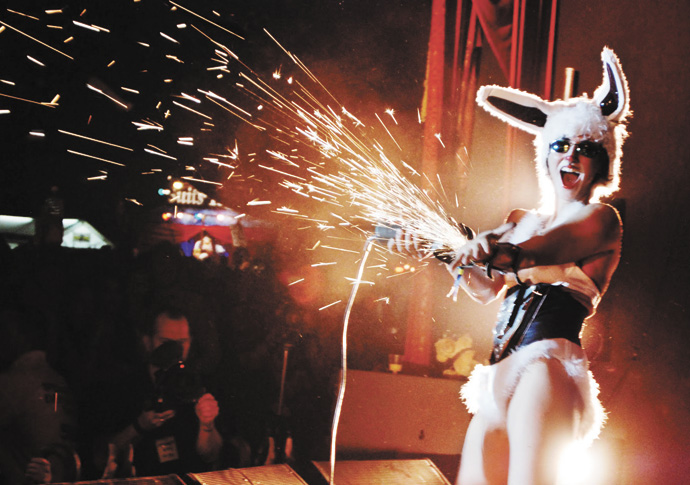 LOST IN VAGUENESS
Directed by Sofia Olins
Certificate 12a
☆☆☆☆☆

ANYONE who has found themselves at a loose end at midnight at Glastonbury, when the big stage bands are heading to the hospitality areas to bang on about how great they are to a BBC presenter, should say a personal thank you to Roy Gurvitz.

While he is no longer connected to the festival, he was the catalyst for the late-night area called Lost Vagueness that keeps people entertained.

This film is about the man who, with many conspirators, gave Glastonbury a new meaning and by proxy influenced a huge cultural movement in Britain.

It uses footage of the festival, talks about how Lost Vagueness led the way for Punch Drunk and Shunt’s immersive theatre and just about every music festival there is today. It poses a deeper question about what success means. Are fame and riches what Roy deserved or wanted? What are the motives for creating a spectacle for others to enjoy?

We hear about Roy’s early life and his separation from his family, and then how he became the catalyst for a group of people who had bundles of artistic nous but needed a stage that would allow them to express it in their own way. 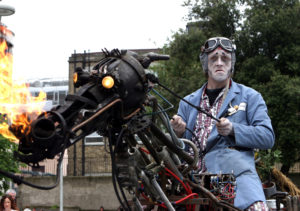 There could be an air of self-indulgence about this documentary. After all, it’s the story of people who organised an area in a festival that runs for three days a year.

Who cares, you may ask. But this would be doing Roy and Lost Vagueness a great disservice.

In terms of social history, it shows how this explosion of artistic chaos sprang from the New Age travellers’ movement of the 1980s. As the Thatcher government tried to criminalise people who wanted to simply live a different way of life from the diktats of her philosophy, confrontations every summer became the staple of shock-horror TV news reports as police forces across southern England tried to stop people living in vans finding a quiet spot to stay over night.

At Glastonbury, Michael Eavis wanted to offer a space for travellers and manage the relationship between them, the festival, and the constabulary. 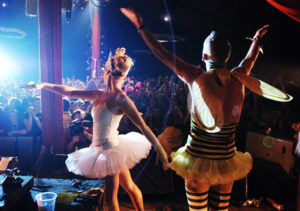 The film suggests Roy was fed up with watching friends getting assaulted by policemen, fed up with run-ins with Michael over expectations, and Michael was fed up with the effort it took to put up a cursory fence around the site which would be jumped over by thousands (or simply knocked down).

Roy and his friends decided to use their talents to build Lost Vagueness, dressing butch New Age men in ball­gowns, creating sideshows and entertainments, and by doing so set in motion arguably one of the biggest cultural influences of the 2000s. It was an idea that has influenced Glastonbury’s Shangri-La area, organised by many of Roy’s co-conspirators, other festivals, to the renaissance of the Burlesque sensibility in clubs and fashion and the popularity of music such as Electro Swing and Ghetto Funk. All are in debt to Roy.

He may have had human flaws, but he was a force of nature – and the final scene, which shows what his current priorities are, make for heart-warming viewing.