RSPCA warn not to keep the cute possums as pets 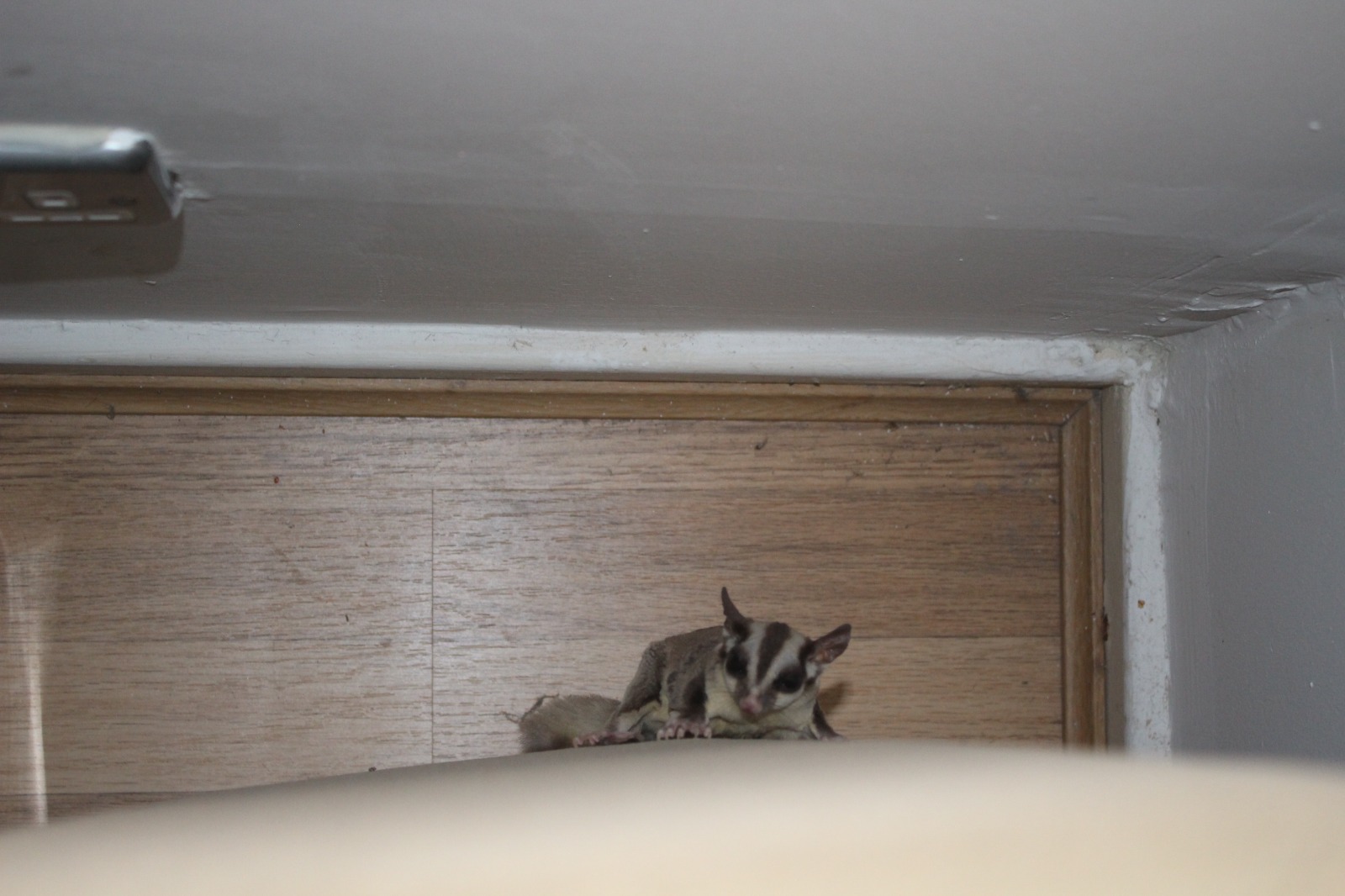 The sugar glider came in through a sixth floor balcony

A MAN has told how an exotic animal flew into his sixth floor flat before biting him as he tried to work out what it was.

John Zou, 27, has now been told that he had been visited by a lost possum with the possibility that it had been able to glide more than 30 metres to get into his home.

He was woken by the sugar glider marsupial at his home in Leather Lane around 6am on Monday morning.

“I wasn’t wearing glasses so initially I couldn’t figure out what it was, I just heard the noise it was making – so I got pretty scared,” Mr Zou said. 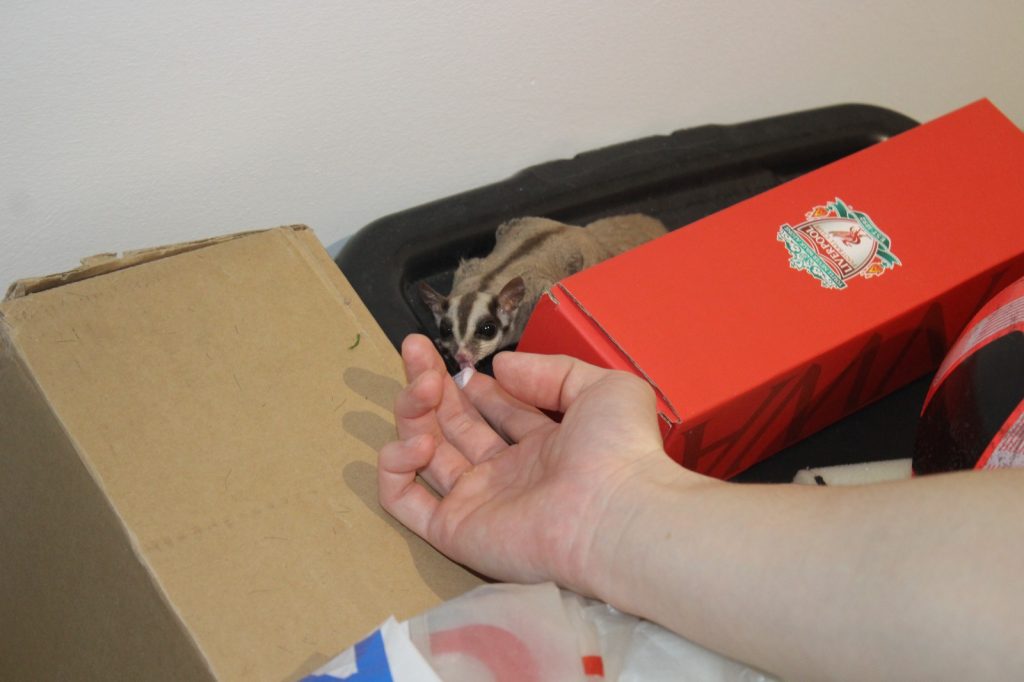 Sugar gliders are a type of possum, native to Australia, New Guinea and parts of Indonesia. They can glide distances of over 50 metres and experts believe they should not be kept as pets.

The New Journal helped put Mr Zou in contact with the RSPCA, who sent an Animal Rescue Officer to collect the animal.It has since been passed it on to a “specialist keeper” in Cambridgeshire.

Mr Zou said: “He was quite agile and running all over the place, but he was  very cautious and didn’t want me to approach. He actually bit me on my hand, just a little bite, so I thought I’d leave him alone.”

He added:  The RSPCA officer who called me yesterday said, well, the glider might even have come from the building opposite.”

In recent years, there has been an increase in the number of sugar gliders kept as pets in the UK, due to their cuteness and remarkable gliding ability.

But a spokesperson for the RSPCA said they need “very specialist care to look after them properly. We do not believe it would be possible to adequately meet their needs in a typical household environment.”

They added: “We get very few calls related to them each year.” 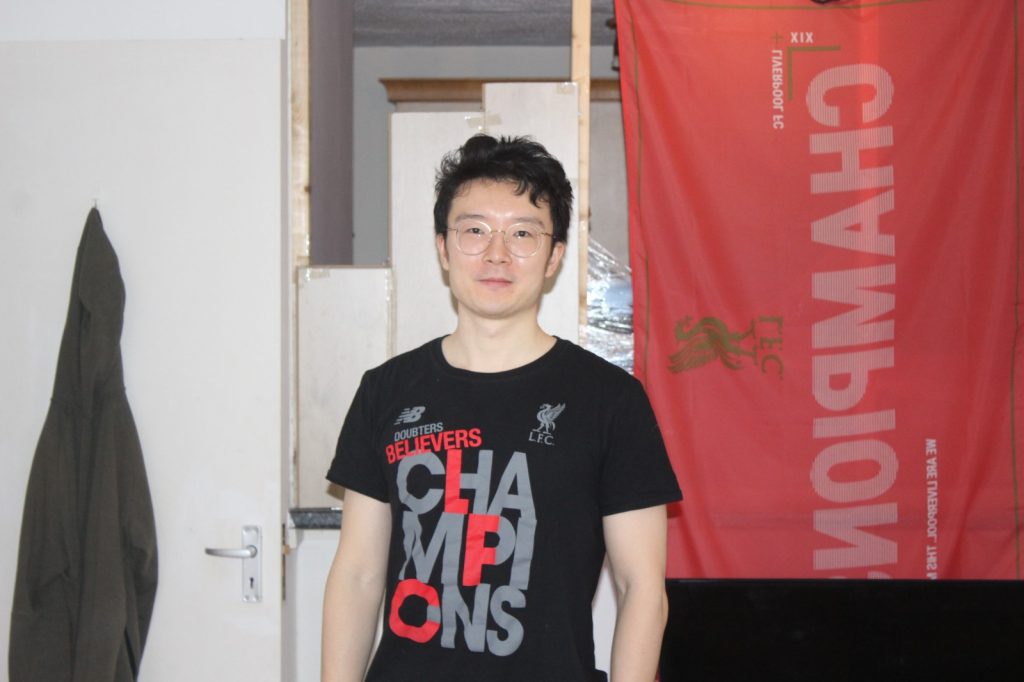 We helped John Zou get in touch with the RSPCA

According to the RSPCA, “sugar gliders are social animals and should never be kept on their own.”

With sugar gliders being sold online, PETA [People for the Ethicatal Treatment of Animals] has also warned against taking one as a pet.

“Often impulse buyers quickly realise that they are unprepared for the responsibility of caring for these active, inquisitive, nocturnal animals,” the group said.

“They are also tree dwellers, avid climbers with a furry membrane spanning from wrist to ankle that allows them to glide from tree to tree—similar to a flying squirrel. But their arboreal lifestyle means that they have sharp claws for climbing and grasping, which can make it uncomfortable or even painful for humans to hold them in their bare hands.”

Mr Zou has placed a notice on the bulletin board of his block of flats in an attempt to locate the owner, but no one has got back to him yet.