Martin Eden: grime of the mariner is left behind 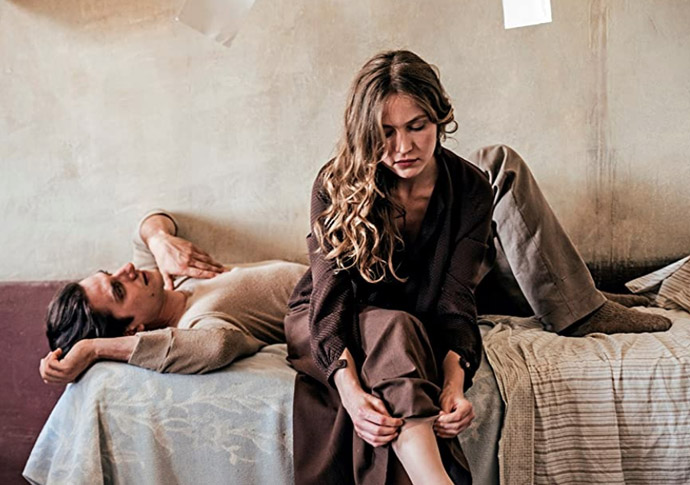 THE rough handed worker striving to educate himself (they are almost always men) and then, once shaken off the shackles of ignorance, discovers a world of high culture that is as brutal and unforgiving as a back-breaking manual shift, is a theme that has been well covered in film and literature.

The Angry Young Men and Kitchen Sink era was about pricking pomposity, and asking fundamental questions on what the idea of meritocracy is about. How do you gauge ones worth from considering learning, labour and productivity? It is these themes that director Pietro Marcello works through in this dreamy reworking of Jack London’s 1909 novel of the same name.

Seaman adventurer turned writer London poured his frustrations over manuscript rejections to pen a story of a manual worker with ambitions to earn a living as an author – and to do so embarks on a voyage of education and cultural growth.
Marcello transposes the story from London’s California to Italy, and is set in a strangely undetermined time.

Martin (Luca Marinelli) is the handsome seafarer, a brooding hunk who pores over his notebook, searching for the words to describe the Naples sunsets he gazes at.

After rescuing a puny rich kid from a beating, he is taken to the family home, and enters a world of the genteel.

Martin falls for the charms of Elena Orsini (Jessica Cressy), and vows to improve himself to be worthy of her hand in marriage.

We follow as he sets off down a road of reading and writing, discovering some unexpected truths along the way.

There are layers of interest that complicate what, at it’s base, is a love story. For example, did Marcello chose the grand Italian surname Orsini for a purpose? Orsini was a 16th-century Italian Duke who built a garden packed with sculptures of strange monsters.

Much action between Martin and the family takes place in a garden, as if the director is equating the behaviour of this gentrified family with the Duke’s hellish visions.

Marcello uses a plethora of fascinating archive footage of times past as montages and to add to an odd sense of otherworldliness, Marcello has done away with telltale signs of what era this may be set in, such as dressing the cast in period-indecipherable costumes.

He has an eye for a shot: Martin looks striking, posed against industrial and classical backdrops.

This is cinematic fine art. Michelangelo used the figures of quarry workers as models for sculpture. Marcello seeks to do the same.

It is beautiful, so does not detract from the meandering plot, but rather adds to the theme of what art, beauty, and culture really means.