One year on from unveiling, campaign team reflect on backlash as they launch new book

A BOOK launch marked the one-year anniversary of the unveiling of one of London’s most controversial statues – with supporters of the design insisting it had been misunderstood.

Members of the Mary on the Green campaign celebrated the Mary Wollstonecraft sculpture with the release of Wollstonecraft Live!, a new book detailing the 10-year struggle to raise funds for the project last Wednesday.

Theatre director Anna Birch, who contributed to the book, told the online event: “We were very serious and very committed. The story of the sculpture is a really long one.” 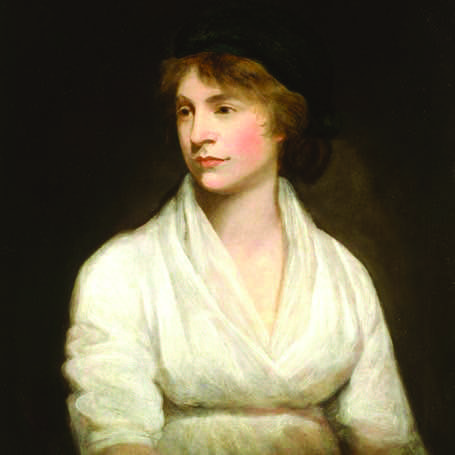 The sculpture dedicated to the 18th-century feminist cost £143,000.

Over the 10-year period, this money was raised through the sale of books, performances of plays and various fundraising events.

The campaign then consulted closely with the community to decide which to commission.

“We had a survey and we analysed all the results from that,” said Ms Birch. The final decision was made by an expert judging panel and “the judging was unanimous to Maggi Hambling”, she said.

The sculpture was produced during the first lockdown and unveiled in November 2020 on Newington Green, where Wollstonecraft lived and worked. 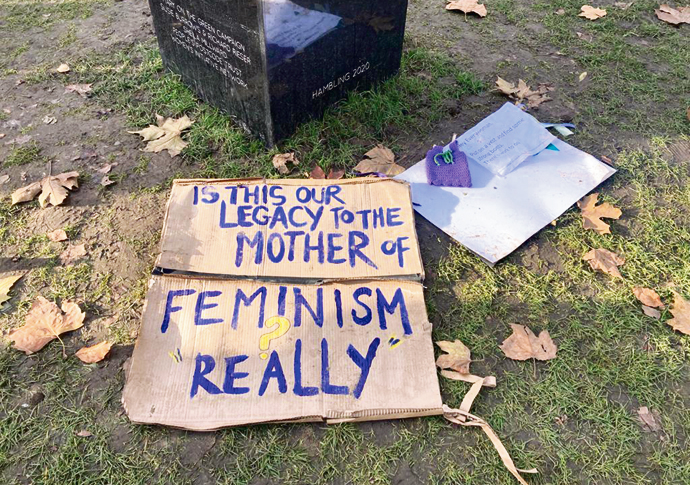 A placard that was left in the park last year

The sculpture, which depicts a naked woman emerging from a blurry, whirling mass beneath, caused “phenomenal controversy”, Ms Birch said.

“We were expecting some dissent,” she added. “Mary Wollstonecraft was all about dissent, so we were embracing that… [but] we weren’t expecting the pile-on we received.”

Ms Birch thinks the lockdown contributed to the controversy.

“We were in lockdown and people couldn’t come to the sculpture and have a look at it, so they were dependent on the photo images,” she said. “Many media outlets showed just the female form, as if that was what the sculpture was.”

Susie Burrows, another campaigner for the statue, said: “I think people misunderstood it a lot. There was a group of feminists who tried to cover her up at one point. I thought, what’s wrong with a female being naked?”

Ms Burrows continued: “The statue was always called the Sculpture for Mary Wollstonecraft. It was never a statue of her.”

Richard Rieser, one of the sculpture’s key financial supporters, said: “Maggi Hambling describes the mass she comes out of as [representative of] all the struggles of women over millennia against the patriarchy to actually have their own rights.”

In the weeks after the unveiling, “so many people visited that all the grass around the statue disappeared. There were all sorts of debates and arguments going on. And that is surely one of the purposes of public art, to raise discussion,” Mr Rieser said.