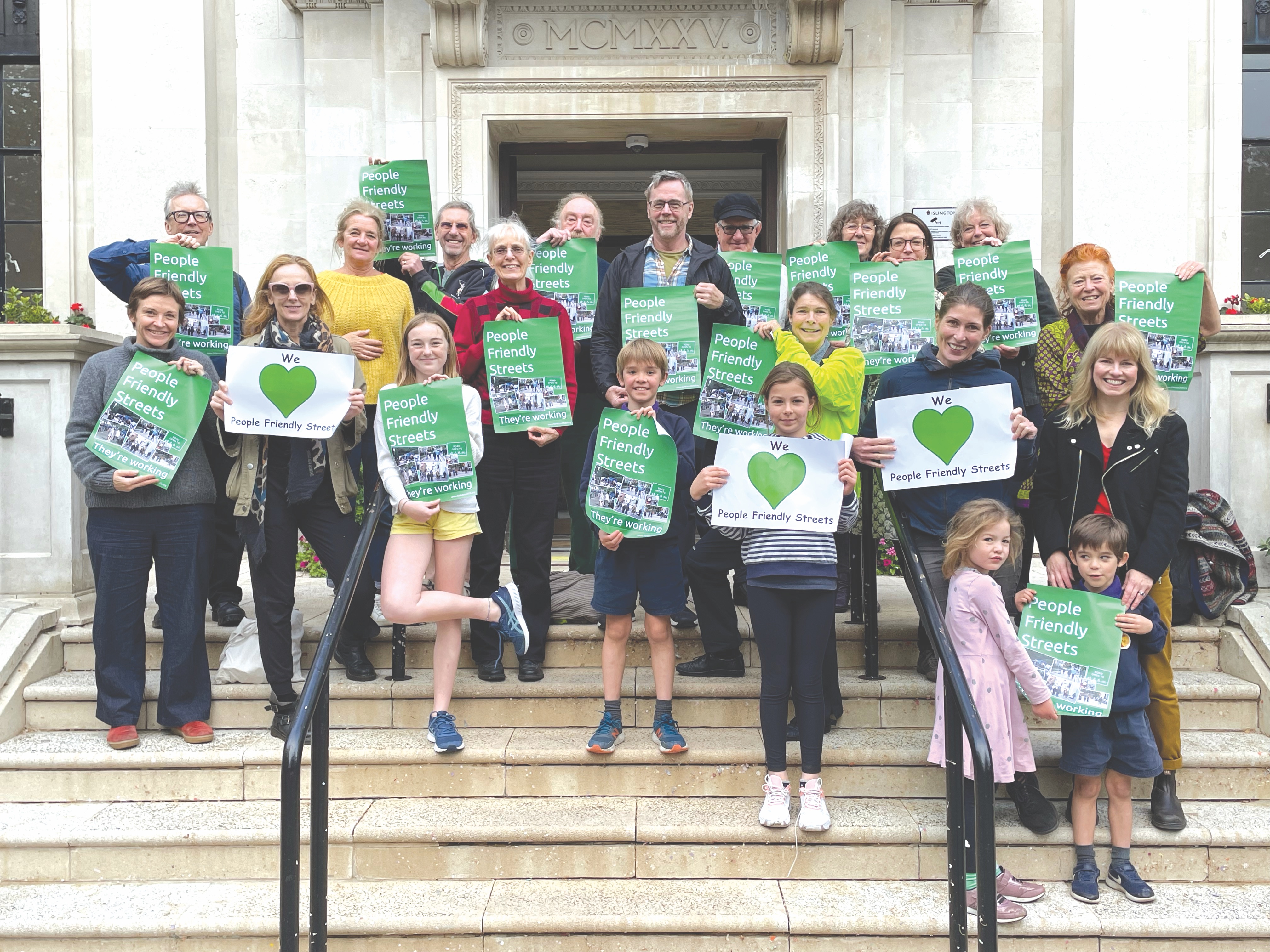 MEDICS have handed a statement of support to the Town Hall in favour of road closures and cycle lanes, swinging behind Islington’s attempts to reduce traffic levels.

The “People Friendly Streets” – or Low Traffic Neighbourhoods – have been the source of an ongoing battle between those who say they are needed to cut pollution and opponents who argue that the measures create more fumes by clogging up the main roads.

Critics have staged sit-ins outside the Town Hall while independent candidates are planning to stand in next year’s council elections as single-issue contenders.

One claim has been that emergency vehicles could be stuck in queues if a choice of routes are limited.

But the doctors and staff at St Bartholomew’s Hospital in Farringdon said this week the measures – quickly installed during the coronavirus crisis – are working.

The hospital said it has seen large numbers of staff switch to cycling and walking as part of their daily commute.

Dr Natasha O’Sullivan who works at St Bartholomew’s Hospital and lives in Islington, said: “It is great the hospital supports efforts to improve air quality and make streets safer for everyone, not least its cardiac and cancer patients for whom active travel can play an important role in their well-being and rehabilitation.”

There was also backing from some nurses at the Whittington. David Lincoln, from its adult community services, said: “When visiting patients at home, I find that cycling is usually the quickest and the most resilient transport. The People Friendly Streets in the south of the borough have stopped fast through traffic and feel much safer streets to walk and cycle in. I hope they’re adopted across the borough.”

Rachael Swynnerton from Islington Clean Air Parents said: “Reducing pollution is vital for our children’s health and preventing life-long health issues. The creation of low-pollution streets can transform our children’s journey to school and improve their ability to learn. The positive impacts of School Streets and LTNs in Islington are already evident with many families switching to cycling and walking. We look forward to them being rolled out across the borough.”

The praise comes as the council this week announced they are looking to introduce exemptions for Blue Badge holders in Islington allowing access. T

he policy would exempt Blue Badge holders from camera-enforced traffic filters in their home people-friendly streets neighbourhood, for a vehicle registered to their address.

The details of the exemptions will be considered on a scheme-by-scheme basis.

Labour councillor Rowena Champion, the Town Hall’s environment chief, said: “We’re working hard to make Islington a more equal place, and are listening carefully to feedback from local people. That is why we are making changes to our people-friendly street neighbourhoods to make it easier for disabled people to travel, while ensuring the schemes continue to deliver cleaner, greener, healthier streets.”