Newsagent and his son die days apart from Covid

‘My Dad and my Grandad were always together... It’s a shock but they are still together’

Haren Bhatt of Universal Newsagents. Right: his father Lalit Bhatt, who was 84

A NEWSAGENT who never took a day off during his 35 years working in Highbury Corner has died from Covid-19 – six days after his father also died from the virus.

Haren Bhatt, 61, was rushed to hospital on the same night as his father, Lalit Bhatt, 84. They both lived together in a multigenerational household where the whole family contracted the coronavirus.

“Dad and Grandad have always been together,” said Haren’s daughter, Meera. “I had two fathers – my Grandad and my Dad. It’s a shock but they are still together.

“Grandad was patient, calm and quiet. Dad was loud and jolly – you could hear his voice from outside the shop.”

The pair worked together at Universal Newsagents next to Highbury and Islington station where they built up a loyal following of customers.

Famous customers had included Boris Johnson, the prime minister, during his time living in Islington.

In the 1980s they also ran a newsstand outside of the old post office near the tube station.

The family had previously lived in Yemen, India, and finally Finchley.

Haren was acutely aware there were some who would visit the shop purely to talk to him. 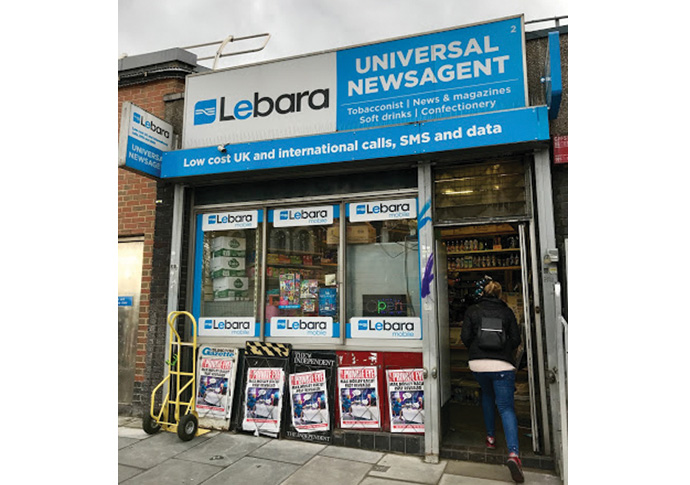 Universal Newsagents next to Highbury and Islington station

Meera Bhatt said: “He knew the locals by name and built so many relationships.

“They were not just people passing by, they became a part of his life and he would always help everyone. He was a hardworking and generous individual.”

Haren’s son Anuj was working as a pharmacist in the Whittington Hospital last year when the pandemic hit.

He is now at the shop helping his mum, Prafulla Bhatt.

She said: “We are all heartbroken. We have had many customers come in with tears. They can’t believe it. He enjoyed his work and he was always active. He always said keeping active and keeping busy kept his mind working.”

Haren would wake up every day at 4.30am to start work at 6am before coming home at 7.30pm.

Meera said: “He was always jolly. He would come back from a 15-hour day and he would be smiling.

“People would remember my dad and what he was like because he was a character you could not forget.

“He laid out a good life for my brother and I. We are very privileged. Our education and career were all because of him.

“We would joke the shop was his first child. If he had a chance he would have a mattress there and sleep there.”

Haren and Lalit were in the same ward at the Royal Free Hospital together before they were moved to the ICU.

Meera said: “We spoke to Dad and we said ‘Dad, you can let go now, don’t worry about anything here, you can let go.’ Three hours later he passed. I think he was holding on for that last conversation.”

Not just a statistic…

THROUGHOUT the coronavirus pandemic, the Tribune has resolved to celebrate the lives of those who have died from Covid-19.

We do this so they are not just forgotten as figures from the daily government announcements detailing how many people have passed away from this virus. The newspaper felt charts and graphs could never tell the real story of this pandemic.

And celebration of lives lived and the love that’s been shared is even more important at a time when people cannot hold full send-offs at their loved ones’ funerals.

Of course, we understand why some will prefer private farewells but if a friend or relative has died from the coronavirus, and you’d like us to write about their life, please email editorial@islingtontribune.co.uk or call 020 7419 9000.