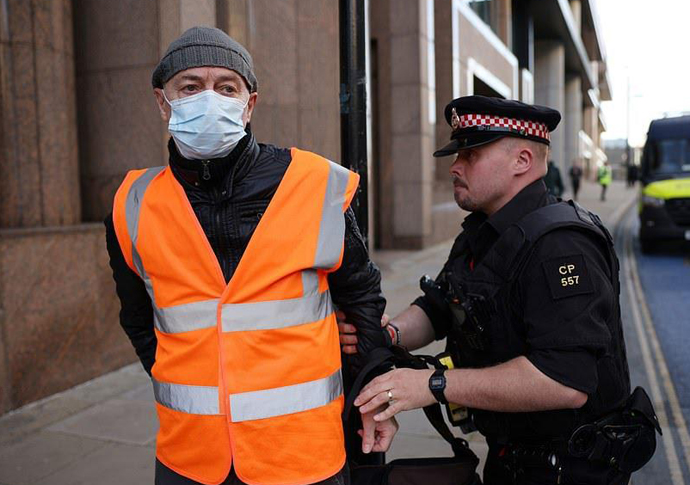 Nick Till has been arrested several times on protests

A MAN who has been arrested multiple times for civil disobedience says he sees protest and arrest as his “responsibility” in the face of the climate crisis.

Angel resident Nick Till has been detained by police on several occasions after joining campaigns with Extinction Rebellion (XR) and Insulate Britain. The 66-year-old said that for most of his life he had been a passive supporter of environmental causes but in 2018 he decided to be more proactive after reading a letter signed by 100 senior academics and the former Archbishop of Canterbury.

“It said the government had reneged on its contract with the people, and in that situation, the only right thing to do was civil disobedience,” Mr Till said.

He was first arrested when 10,000 people descended on central London as part of an XR protest in April 2019.

Critics said that blocking roads was dangerous and potentially delayed emergency vehicles – and that people who were made late for work or who had lost business would be alienated to their cause. Supporters, however, believe such action is the only way to engage the public and get the attention of the media. A core organising member of the occupation, police handcuffed Mr Till as he sat blocking a side road at Oxford Circus. 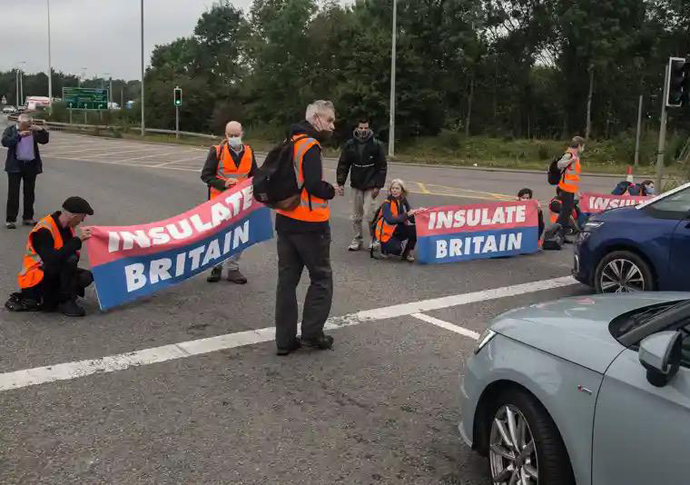 “The police did a kind of paramilitary operation,” he said. “We were sitting having a picnic, and suddenly they charged us. That particular moment was a bit scary because we were literally trampled, slammed up against the wall and handcuffed.”

After the arrest, he said, “you’re put in a police van with whoever else who was arrested, and you’re just driven off to a police station. They were taking people as far as Southampton.”

At the police station, protesters are processed before being released.

“You get chucked out at three o’clock in the morning, the most inconvenient times, and you have to find your way home,” Mr Till said.

He said he had not always been as committed as he is today.

“I was involved with left-wing politics in the early 80s and, at that time, mainstream leftist groups were not particularly concerned about the environment,” said Mr Till. “They tended to be a bit dismissive, saying that the class struggle was the only thing that mattered, and the greens were tree-huggers.”

He supported environmental groups such as Friends of the Earth – but never thought of joining a protest himself. 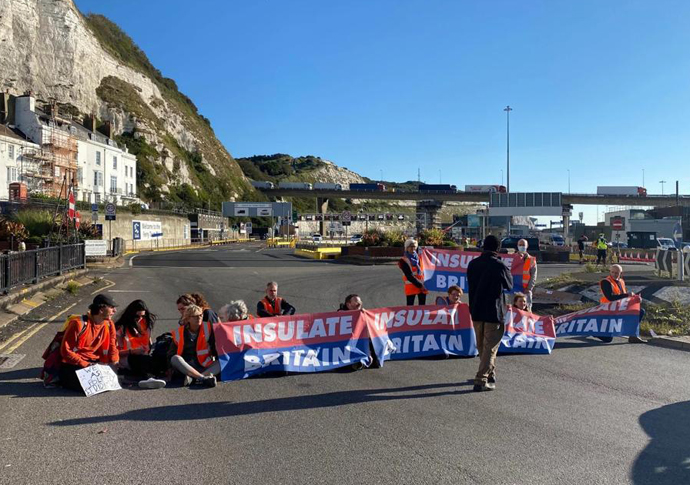 Eco activists protest at the Port of Dover

“Obviously, I gave it a lot of thought and agonised about it. But in the end, I just thought: I’ve got to do this, this is my responsibility,” said Mr Till.

He has participated in many protests across the country, “very deliberately upping the ante” by sitting on the M25 and blocking the Port of Dover. “I was arrested six times on the Insulate Britain protests, but some of my colleagues probably would have been 12 or 15 times,” he said.

An academic working for an institution that is “very supportive” of his activism, Mr Till feels he is “extremely privileged” to be able to put himself up for arrest.

“Some people can’t risk being sent to prison for four weeks, whether it’s because of their social or racial background, or just because they’re a single mum,” he said.

However, Mr Till feels people like him should use their “privileged” positions to make a change. “We’re the ones who had the fun, nice lifestyles that caused these problems,” he said. “I have some obligation to pay back.”

Mr Till says he is still convinced that a small number of people can make a huge impact.

Since 2019, he has participated in numerous protests that have brought Britain’s infrastructure to a halt – XR’s 2019 occupation of central London caused the UK parliament to become the first in the world to declare a climate emergency, while Insulate UK’s protests have put the leaky housing stock firmly on the political agenda.

“We were thinking, wow, we didn’t know we had that much power,” Mr Till said.