Noel, genial shopkeeper who made it to City Hall 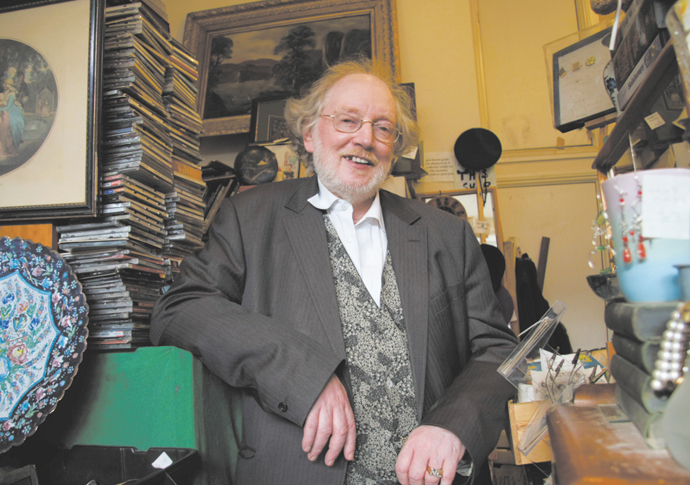 Noel Lynch among his curiosities at The Green Room

TRIBUTES have been paid to a colourful London Assembly member who for many years ran what was billed as “London’s most unusual charity shop”.

He had held a seat for the Greens through the list system at City Hall for a year in 2003 – stepping up when Victor Anderson resigned.

The party’s current London Assembly members, Caroline Russell, Sian Berry and Zack Polanski, praised how he had “jumped into the breach”.

“In just one year he was able to publish four reports – covering local shops, plastic bags, the decline of public toilets and the need for green space,” they said in a joint statement.

“All of these were topics where his focus was ahead of the agenda and indeed we continue working on these topics even now.

“His work behind the scenes since he was an Assembly Member has been invaluable, and he was a friendly face for many people new to green politics. He will be much missed.” 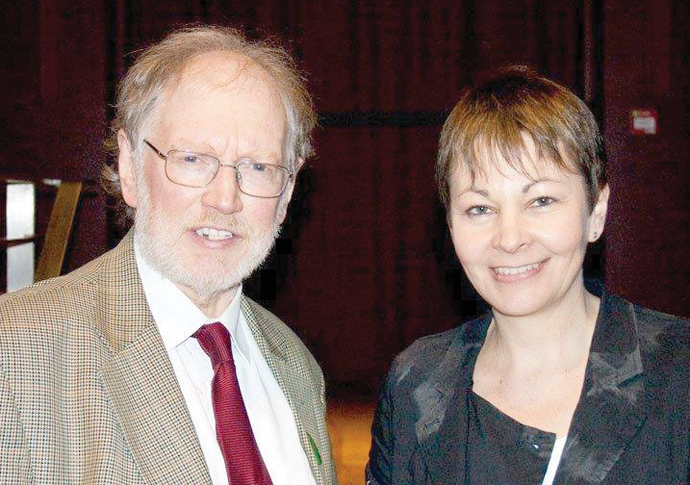 Away from politics, Mr Lynch, who was born in County Limerick, had been known as the man behind the counter at The Green Room in Archway Road – where all manner of items would turn up for sale.

Simon Wroe, a former Tribune reporter who is now a novelist, visited his cave of curiosities in 2012 (see below).

Mr Lynch had not been able to resist putting a “Vote Green Party” banner across the front facade.
The shop closed in 2015 but found a new home in the Grand Arcade in Barnet.

He was also a founder member of The Archer, the community newspaper in East Finchley, where he had been heavily involved in local politics for many years.

Politicians from all sides of the political spectrum were remembering his warm bonhomie with the phrase “lovely man” recurring on Twitter.

The Greens’ former deputy leader Sharar Ali said: “He was the best of us: compassionate, full of pearls of wisdom and deeply concerned for people and planet.”

The most curious shop in London? 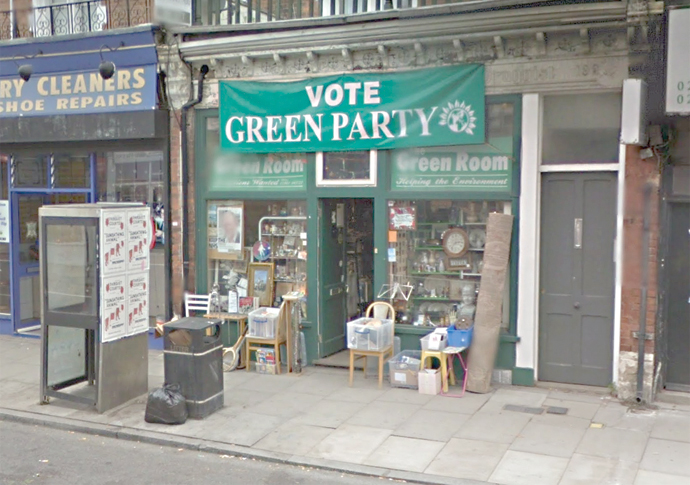 After the sad news that Noel Lynch has died aged 74, here we republish Simon Wroe’s exploration of his unusual shop that was once in Archway Road…

IN the mountains of truth you never climb in vain,” declares a small notice in The Green Room in Archway Road, Highgate, a serious contender for the title of London’s most curious shop.

How much truth lurks in The Green Room’s sprawl of artefacts and miscellanea is hard to say, but there are certainly mountains. Mountains of books, vinyl, broken watches, ha’pennies; also, on a recent visit, Gambian banknotes, military badges, photos of buses, stones labelled “The Devil’s Toenails”, a tablecloth previously owned by an Irish politician, a bracelet made from “elephant’s bristles”, 4,000-year-old trading beads, a South African ballot paper featuring Nelson Mandela, phrenology heads, various pipes and fertility symbols, ship’s nails from the time of Henry VIII, blank royal notepaper, printer’s blocks, teeth from the extinct sand tiger shark and a watercolour study of Roy Keane.

“We’re all the time look­ing for something that’s a bit unusual. The small facts of history,” says Noel Lynch, the shop’s 65-year-old manager.

“You know they’re real when you handle them. All right, you can’t say those shark teeth are exactly 80 million years old, they might be 81 or 79, but what’s a million at that age?”

An auctioneer by trade, Mr Lynch has handled thousands of objects (the strangest thing he has sold, he says, is a jar of frog spawn), and he is confident he knows the genuine from the fake. Archaeologist friends and antique dealers from the auction circuit donate many of the shop’s more unusual items. 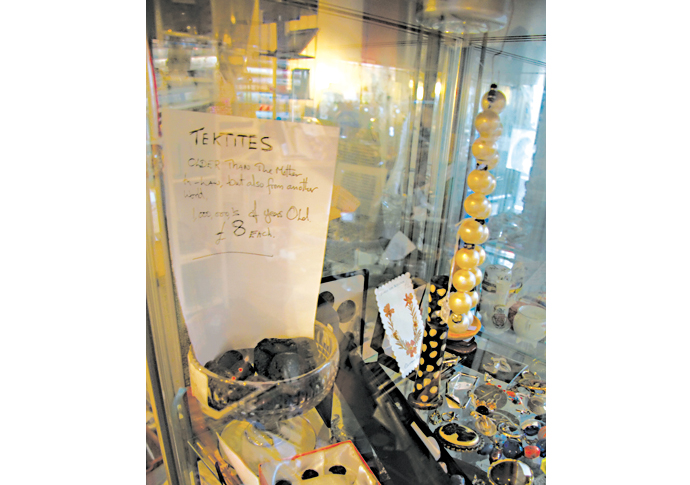 Even if all the stock is what it purports to be, The Green Room still has a whiff of the medieval relic trade about it. Mr Lynch has a unique and disarming sales patter, and frequently comes out with phrases like: “This is probably the only one in existence” and “That’s the very oldest life form.” Pointing to a piece of meteoric rock called a tektite, he announced, “Oh, these are from another world.”

He does a brisk trade in “dinosaur turds”, usually polished. Contrary to popular opinion, it turns out a turd can be polished if it’s old enough. Mr Lynch describes his stock of pre-historic poo as “the present for the man who has everything”. Another bestseller is Margaret Thatcher memorabilia.

“Oh, I wish I had more,” he says. “No matter whether you like her or not she’s very sell­able. She’s not going to last much longer and then the price will rocket.”

Although proceeds from the shop go to charity, The Green Room was originally founded, in East Finchley in 1994, “to show people that the Green Party wasn’t all geeks and hippies”.

It remains a hangout for party members (Mr Lynch is the party chairman), though it is also a hub for various neighbourhood characters. One man spends hours every day on Mr Lynch’s computer, “flying at the five to ten kilometre mark” on Google Earth. The last time I was in the shop, a homeless man came in and left Mr Lynch a tin of rice pudding.

“We gave that fellow a tent ’cos he was sleeping rough in the park,” Mr Lynch explained when the man had gone, “but he camouflaged it so well that he couldn’t find it again.”

Mr Lynch was born in County Limerick, the son of a farmer. He came to England in 1986 to get a divorce, before divorce was legal in Ireland, and stayed. Besides his poli­ticking and shopkeeping, he is also a practising quizmaster – “though people tend to get a bit abrasive because of the questions” – and a vociferous campaigner on a host of causes, often simultan­eously. He claims that he was once mentioned in Ian Paisley’s newsletter and the Irritable Bowel Syndrome News in the same week.

Funnily enough, he is not interested in hoarding things for himself. He regrets parting with a Victorian haemorrhoid extractor, and wishes he had asked more for the Order of Service for Ronnie Kray’s funeral, signed by Reggie, but these are his only misgivings.

“I rarely collect,” he says. “I’m not possessive of stuff. But I like having it in my hands and being able to feel something like the tektite. Something from another world.”

• This article was first published in August 2012