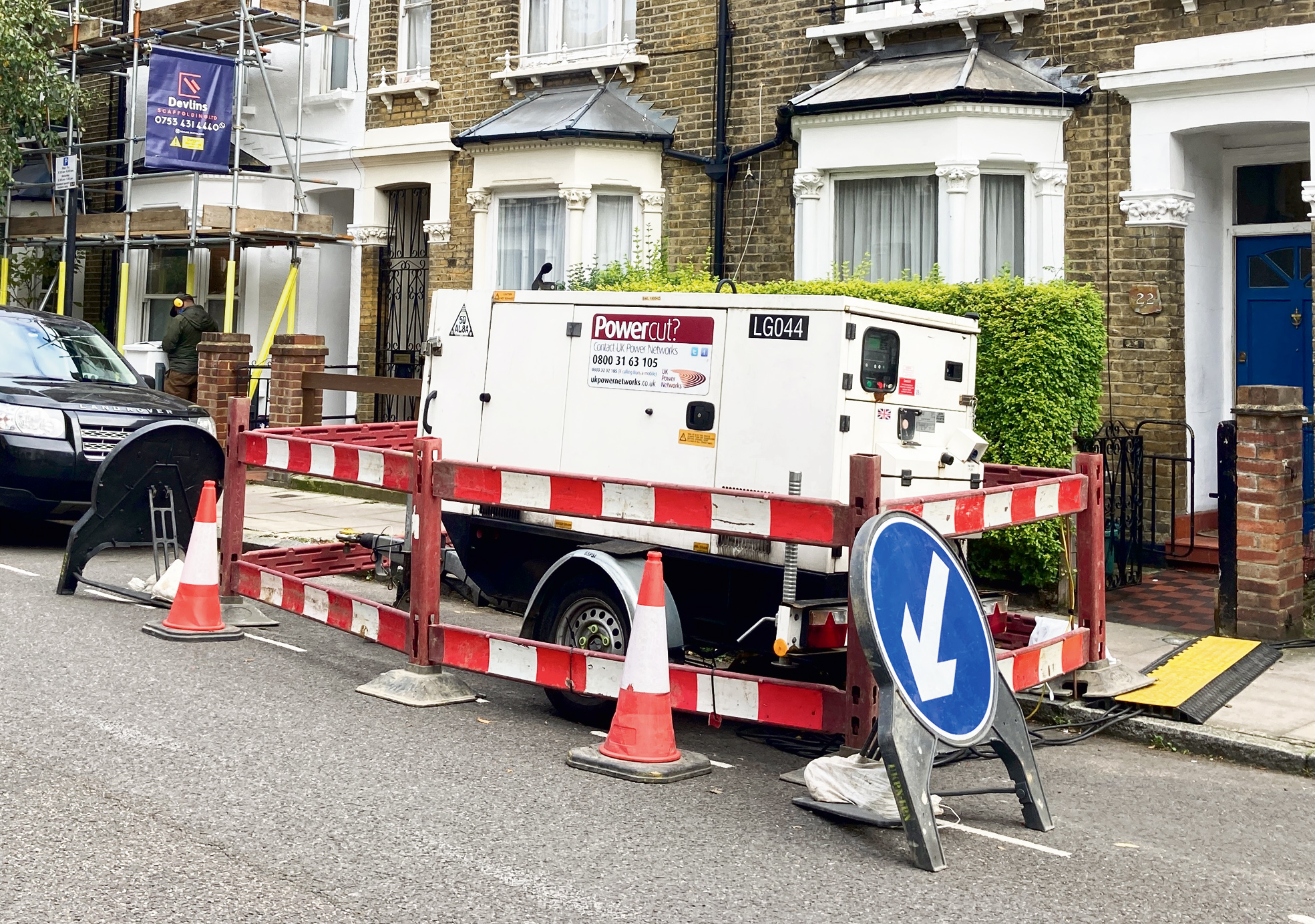 The generator brought in by UK Power Networks

A POWER cut has left a street questioning the eco credentials of one of the country’s largest energy companies.

When a house in Giesbach Road, Archway, lost power last Tuesday, UK Power Networks, the company that owns and maintains electricity cables and lines across London, installed a “noisy and stinky” diesel power generator to replace the supply.

Residents living in the road complained of large quantities of fumes and noise pollution being emitted by the generator.

“UK Power Networks were very efficient and fast to come and resolve the problem. They identified it was their problem quickly and set up a generator for temporary power,” said Sarah Constable, whose house was being served by the generator.

“But obviously this is very, very loud and I have had complaints from neighbours about fumes and smoke in people’s flats.”

Louis Morlet, a neighbour living opposite the generator, said: “It’s a huge amount of pollution getting pumped into the street. Someone from UK Power Networks was here earlier filling the tank up with diesel. He said that usually when they’ve got generators this size there should be people working on the problem straight away.”

The generator remained in the street for five days, until Sunday.

Another resident, Rebecca Wicking, considered moving into a hotel until the works were completed.

“We’re feeling extremely anxious at the moment,” said Ms Wicking. “I have a 10-week-old baby and she’s been breathing in these fumes, and today I woke up with a very tight chest.

“I’m a singer, so this has really impacted on my breathing and my voice. It’s been horrific.”

“This is apparently the routine procedure when this happens,” said Ms Constable.

According to its website, UK Power Networks aims to be “the most socially and environmentally responsible Distribution Network Operator in the UK”.

However, a 2016 report by the centre-right think tank Policy Exchange found that diesel generators are the most carbon-intensive form of energy generation.

“We’ve got to save the planet and this is like having an engine running 24 hours a day,” Ms Constable said.

A spokesperson for UK Power Networks said: “We apologise to residents for any disruption caused by our work. After a power outage was reported last week, 12 October, our engineers connected a property on Giesbach Road to a generator until the repair team were able to fully complete repairs.”

They added: “Engineers returned on 17 October to remove the generator, fix the cable fault and connect the customer back to the network.

“It is important to us to limit the impact of our operations in the communities we serve and we are working to reduce our carbon emissions and help improve air quality.”