Notes on a scandal

In the latest in his series on eminent Camden Victorians, Neil Titley considers the composer Dame Ethel Smyth 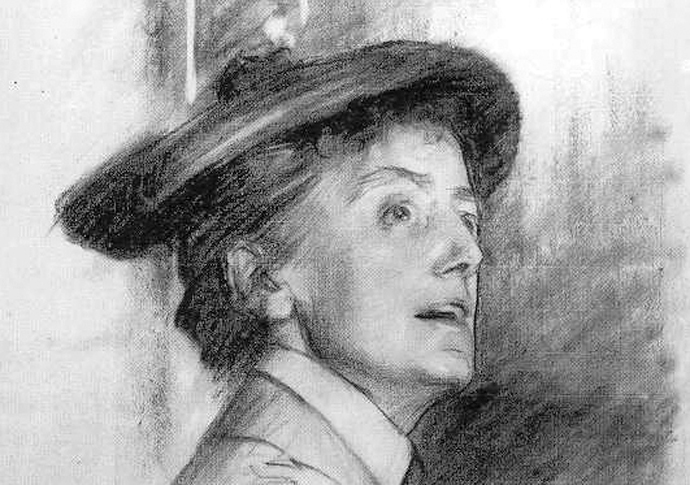 AMONG the plaques dedicated to Camden’s involvement with the Suffragette movement, apparently an additional one is planned to mark the site of the Women’s Social and Political Union shop and HQ at Lincoln’s Inn House in Kingsway.

The daughter of an ex-Indian Army Major-General, Ethel had been a perceptive but mischievous tomboy.

During the Franco-Prussian War, she had been in the charge of a German governess.

Each morning the 12-year-old Ethel would rush to the governess’s room with news of some appalling German defeat. The governess, being a bit dim, swallowed it every time.

In 1877, against the wishes of her father who regarded all artists as “loose fish”, Ethel decided to leave home to study music in Leipzig.
While there she became part of the circle attached to the composer Johannes Brahms.

Though appreciative of his genius she was less impressed by Brahms’ attitude to women. She commented distastefully: “If they did not appeal to him he was incredibly awkward and ungracious. If they were pretty he had an unpleasant way of leaning back in his chair, pouting out his lips, stroking his moustache, and staring at them as a greedy boy stares at jam tartlets.”

However, a similar rebuke might be applied to Ethel herself as she combined her love of music with an insatiable pursuit of other women. Even as a child at her Putney school, she admitted that her passion for her own sex “raged all the time”.

As an adult she frequently wore male attire and claimed to have had over 100 female lovers, her European conquests including Mendelssohn’s youngest daughter Lili, and the sewing machine heiress Wineretta Singer.

Returning to England, she cut a swathe through the social elite of the period. Perhaps her happiest affair was with Lady Mary Ponsonby, the wife of Queen Victoria’s private secretary, Sir Henry.

Under Mary’s patronage Ethel was able to visit the royal residence of Balmoral where, finding life tedious at the Highland retreat, she suggested building a nine-hole golf course.

Sir Henry helped out by providing nine jam jars and the idea proved to be an immense gift to the bored royal circle. 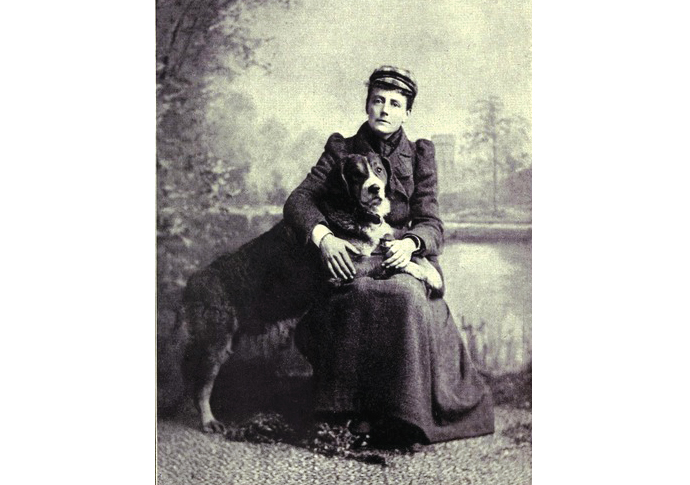 Ethel also had affairs with both the wife and the daughter of the Archbishop of Canterbury Edward Benson. It was ironic that, although a man of the sternest Victorian rectitude, Benson fathered a family in which his three boys (including the author of Mapp and Lucia EF Benson) and his two girls were either actively or latently gay. Not only that, but after her child-bearing days were past, his wife became involved in Sapphic relationships not only with Smyth but also with the daughter of Archibald Tait, the previous Archbishop of Canterbury.

Moving on, Ethel was able to combine both romance and politics when she met and fell in love with Emmeline Pankhurst, the Suffragette leader. Flinging herself whole-heartedly into the cause of women’s rights, Ethel was imprisoned after she hurled a rock through the window of a government minister.

While in Holloway Jail she was seen at the window of her cell conducting her fellow prisoners with a toothbrush while they marched around the exercise yard singing her Suffragette anthem March of the Women.

Released from jail at the start of the First World War, Ethel displayed her practical patriotism by training as a radiographer and working at a military hospital attached to the French Army XIIIth Division.

Inspired by her visit to Piper’s Hole in the Isles of Scilly, she wrote her opera The Wreckers but this did not meet with universal approval. At the first night, it was reported that King Edward VII’s only comment occurred when he opened his eyes towards the end of the performance and grunted: “That’s the fourth time that infernal racket has woken me up.”

In 1934, to celebrate her 75th birthday Sir Thomas Beecham conducted a concert of her work at the Royal Albert Hall in the presence of Queen Mary. Although appreciative of the gesture, sadly by this time Ethel was almost deaf and could hear neither the music nor the applause.

However, her declining years did nothing to decrease Ethel’s libido. Aged 71 she became infatuated with the writer Virginia Woolf and publicly pursued her prey. Virginia wrote that it was “like being caught by a giant crab”.

When invited to a dinner party at the Woolfs’ home, Ethel made the journey on her bicycle. En route, she decided that her clothes did not display her figure to sufficient allure and stopped at a village shop to buy a corset. As there were none available, she bought a large birdcage instead.

Half an hour later, Virginia walked out into her garden to look for her guest, only to find Dame Ethel in the shrubbery in a state of undress. She was struggling with the birdcage and trying to wrench it into the shape of a corset to force under her tweeds.

• Adapted from Neil Titley’s book The Oscar Wilde World of Gossip. For details go to www.wildetheatre.co.uk