On me head! Visit from Arsenal ace Emile boosts salon 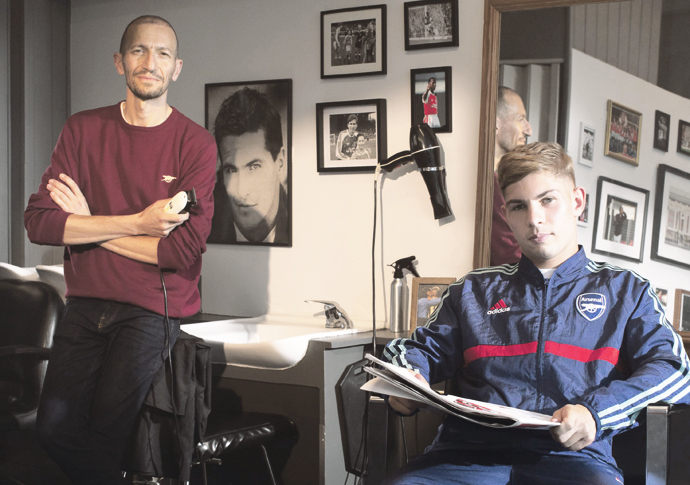 A FAMILY-OWNED hairdressers is the latest small business to get a boost from Arsenal.

Jimmy Patsalou, of JNF Haircutters in Mountgrove Road, Finsbury Park, was visited by Gunners midfield ace Emile Smith Rowe to make an advert that has since been shown on billboards around the Emirates Stadium.

Arsenal have been running a promotional campaign aimed at helping small businesses that were hit by the Covid lockdowns.

Mr Patsalou, whose business was set up 40 years ago by his father, Chris, said: “What happened at the weekend was insane. It was too overwhelming for us as a small business to go through something like that and get that sort of social media attention.

“What happens now, I have no idea. Obviously people know about us now, but whether it will make a difference to business, we shall see. 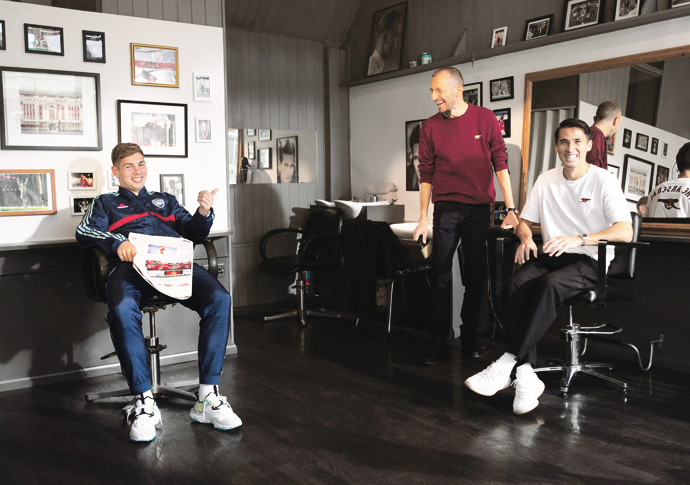 “A lot of our customers who saw it at the game were very happy for us. What Arsenal has done for us was amazing. It’s not just for us, it is for the whole of this area. During the last year we all had to close – it was only a couple of businesses who were open. Hopefully, now we are all back up and running, this help from Arsenal won’t just help bring people to us, it will bring people to the area as well.”

The advert was filmed two weeks ago and shown across the stadium’s big screens during the Gunners’ match against Aston Villa last Friday evening. JNF also featured in the matchday programme.

Mr Patsalou said: “One of my customers works at Arsenal and heard about the scheme.

“I kept it as a surprise from my family. Even walking down Gillespie Road [on Friday] my family didn’t know – all they knew was that we were going to the game. When we got close to the stadium I told them and they loved it.” 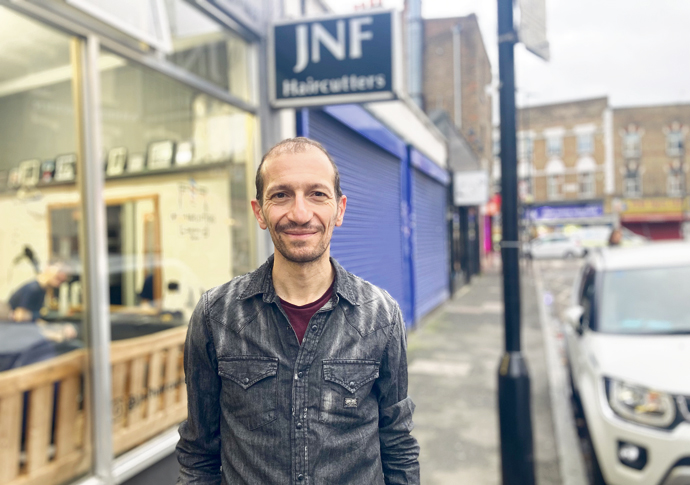 Mr Patsalou’s dad opened the shop in 1983 after working in various other hairdressers before deciding to open his own business. He lived in Caledonian Road and was an avid Arsenal fan.

Flora, Mr Patsalou’s sister, also works at the salon, which he took over in 2000.

“The shop is what kept us around here,” said Mr Patsalou.

“Arsenal played a friendly years and years ago and that was the first English football game he [Chris] saw. When he moved to London in the mid-60s all Cypriots had come to north London and found Arsenal. He loved it and carried on from there. We had no choice, me and my brother, whether we liked it or not.”

Mr Patsalou went to the Villa match with his mum and dad, brother and sister and two nephews.

Talking about the promotional campaign, Arsenal CEO Vinai Venkatesham said: “This is one of a number of ways we are trying to support the local community. After listening to the local businesses involved, it was clear there was one thing in particular they needed – awareness.

“So, we got to work on creating a series of adverts in partnership with them which will hopefully ensure every Arsenal fan knows who they are and how they can use the brilliant services they offer.”