Patients are told surgery site will be shut down 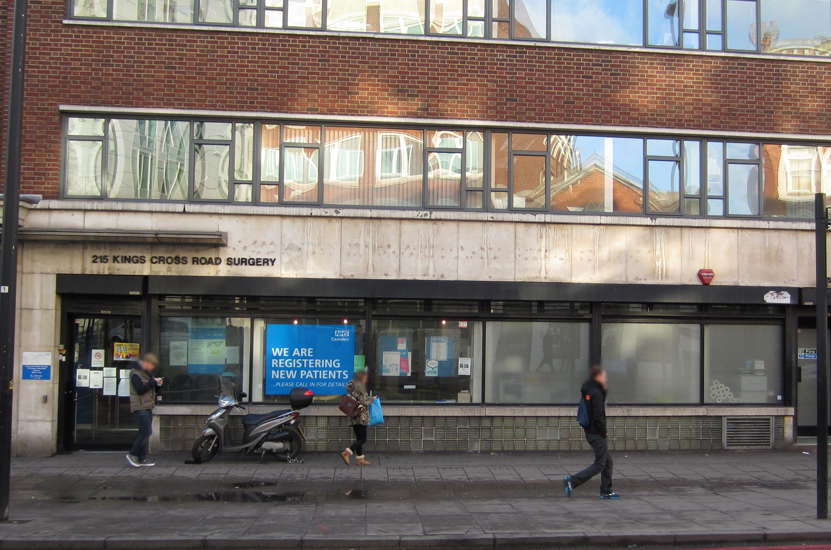 THOUSANDS of residents living in King’s Cross could be left without a nearby GP surgery as part of a private provider’s plan to shut premises down.

The King’s Cross Surgery, which has 7,000 patients on its list, is to be “merged” with Somers Town Medical Centre in Chalton Street.

Both surgeries – a mile apart – were taken over earlier this year by companies wholly owned by the Centene Corporation, one of the biggest health insurance firms in the United States.

Health chiefs at the North Central London Clinical Commissioning Group (NCL CCG) said alternative sites had been considered – including part of Facebook’s offices in King’s Cross – but these were judged not to be the best “value for money”.

Professor Sue Richards, an executive at the national Keep Our NHS Public group, said: “Community access is a key value of the NHS, and having a surgery close by in your community is important.

“For some people the travel required to go somewhere else is just what will be needed to tip them into not going to the GP at all. And that delays treatment.” 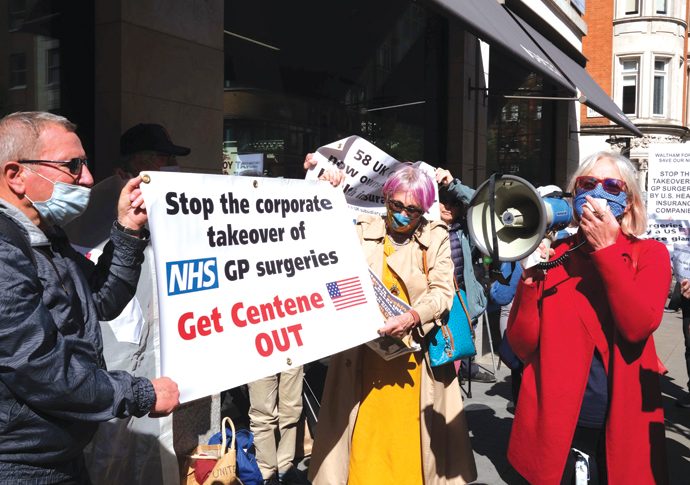 Campainers have protested against the takeover

She added: “It was only a few months ago that the large US conglomerate Centene, through their UK subsidiary, bought out AT Medics and got the right to carry on with the practice, and already they are planning to close it down – cheaper for them but worse for patients.”

Directors at Operose Health, the company owned by Centene, have stressed it is just the premises that will be closing, with the surgery continuing to operate from the shared space in Somers Town.

The changes also have the blessing of the NCL CCG, which is facing a High Court battle over its decision to approve the change of control earlier this year.

A recent survey of the King’s Cross Surgery’s patients returned a range of responses, with the majority supporting the move.

However, there were also many criticising the plan. “It’s not a relocation, it’s a removal,” said one. “In an area already struggling with overpopulation, you’re removing a doctor’s surgery and it’s being folded into another already oversubscribed medical centre.”

Some residents reported that the survey arrived on their doormats a day before a deadline for responses.

The lease to the current site, in St Pancras Hospital, cannot be renewed because the Moorfields eye hospital is redeveloping the site in a huge medical and housing overhaul, due to start in February next year.

Including a replacement surgery in the new St Pancras site would “be at the expense of housing units”, the NCL CCG report said.

NCL said the plan was approved yesterday (Thurs­day) and that patients would be informed about the decision.

Last week, a High Court judge ruled that a patient challenge against the Centene takeover would be tested in a judicial review hearing.

An Operose Health statement said it had “worked closely” with the NHS, adding: “The new building offers more space so we can provide extra services and a better environment for our patients and staff.

“We know continuity of care is important to patients, so they can be reassured they will continue to be looked after by the same team in a more modern building.”