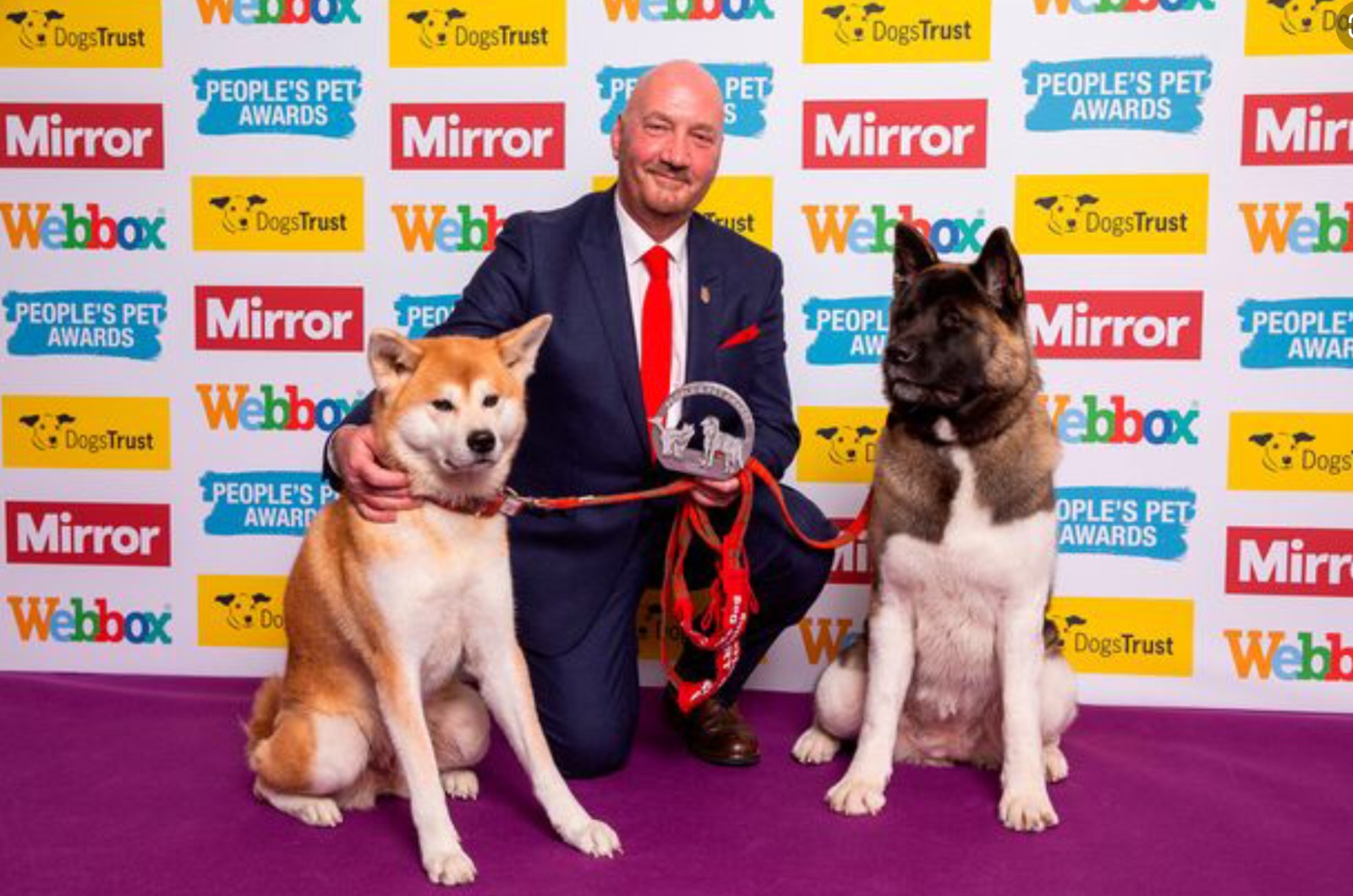 TWO four-legged friends capable of detecting potentially life-threatening seizures before they occur have been crowned “caring animal of the year”.

Robert Stuhldreer’s two medical alert dogs were both honoured at the People’s Pet Awards, which he described as “the animal equivalent of the Pride of Britain Awards”.

Flora, Mr Stuhl­dreer’s first assistance dog, was honoured posthumously after passing away last year. But his current dog, Kin, was there to attend the ceremony in person.

Like Flora before her, Kin is able to sense an imminent epileptic seizure and alert Mr Stuhldreer before it happens.

Mr Stuhldreer, from Holloway, has suffered from epilepsy after “a bad car crash” 20 years ago. “I don’t have any idea when these seizures are going to happen,” he said. “I’ve had bad falls, broken my nose, cheekbone and shoulder.”

Since discovering assistance dogs, however, he says he has “never had one un­planned visit to hospital.”

When Kin senses Mr Stuhldreer is about to have a seizure, she gives him a series of distinct signs.

If he is at home, Kin will sit in front of him and stare him in the eyes. “Dogs find direct eye contact very difficult because that usually constitutes a threat,” Mr Stuhldreer said. “When they do that, I’m really aware something’s about to happen.”

In the street, Kin communicates that a seizure is “imminent within seconds” by taking her owner’s hand gently in her mouth and pulling his arm in a downwards motion. “That suggests I need to lie down immediately,” he said.

The science behind the dog’s ability to detect seizures is still unclear. “Some people think they sense chemical changes in the body, others think they can pick up on minute changes in body language,” Mr Stuhldreer said.

Like Flora, Kin is an Akita. Akitas are an “intelligent, standoffish, aloof, and dignified” breed, Mr Stuhldreer said. “Stubbornness features in their genetic makeup. I remember reading that and thinking: that sounds like me!” he said.

After Flora died, Kin “stepped up immediately,” he said, adding that she had learned from Flora. “It’s been quite telling, just a week ago I had a really bad seizure in the night. The after-effects have lasted for the best part of a week,” he said. “Normally Akitas like their own space, but Kin has not left my side. She’s been watching over me.”

Mr Stuhldreer still does not know who nominated his dogs for the People’s Pet Awards.

“Apparently there were several nominations. I got a call out of the blue,” he said.

The awards ceremony last week was “a bit surreal,” he added. “It’s a massive event, a lot of celebrities were presenting the awards.

“They sent a car for us, when we got there, there was a red carpet, and the press was taking photographs.”

He attended with Kin and Astrid, his 11-month-old assistance dog in training, who accepted the award on Flora’s behalf.