SCHOOLCHILDREN, parents and campaigners are calling on Marks & Spencer to “drop the depot” as the battle to stop a delivery hub opening rumbles on.

Opponents to Ocado’s plans for the Bush Industrial Estate in Tufnell Park had hoped they had seen off the scheme when a High Court ruling last month found that the site did not have a “certificate of lawfulness”.

They had rallied against the proposals due to the close proximity of Yerbury Primary School, which they said would be adversely affected by noise and road pollution.

But the company has now applied for permission to appeal, potentially dragging the whole case back to court. M&S acquired a 50 per cent share in the business last summer and its products are sold on the Ocado website.

Yerbury headteacher Cassie Moss said: “Air pollution has become a safeguarding issue for me as a headteacher.

“A 24/7 delivery depot next to the school is a significant health hazard for the 460 children that attend Yerbury every year, and I have real concerns about the ongoing negative impact on the children’s wellbeing, now and into the future.” 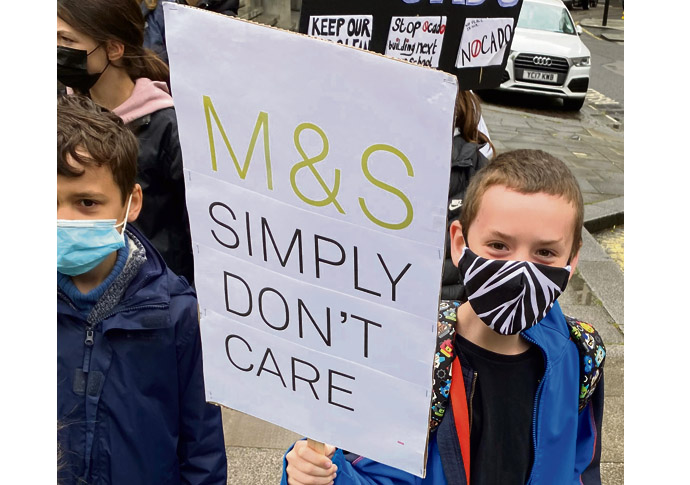 Ocado and its partner Telereal Trillium have been trying to build the depot for two years but have run into opposition from Islington Council which ruled that there is no land use permission for their plans.

Yerbury pupils and campaign group NOcado held up protest placards outside the M&S headquarters in Paddington on Tuesday, saying the company have so far avoided criticism for the plans.

Andrew Grieve, an air pollution scientist at Imperial College London and campaigner, said: “The children and parents of Yerbury won’t be bullied by Ocado Retail Ltd and their lawyers.

“We fought them in the High Court and won and we will fight them in the Court of Appeal or Supreme Court or any other court Ocado try, to protect our school and our community.”

Parent Natasha Cox said: “M&S owns half of Ocado, so they own half the responsibility for their dishonest and bullying behaviour towards a community and its children. By putting profits above harming children, M&S are showing that they are just another greenwashing and misleading company with positive words but no action when it’s needed.” 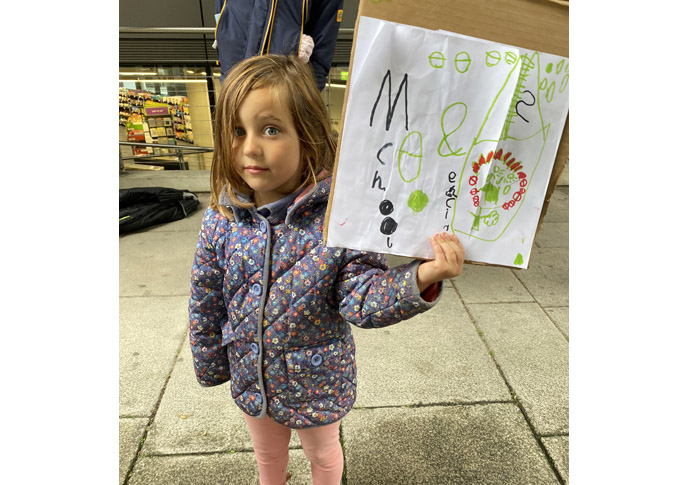 “They say they want to listen to us but they are trying to take us to court again. Dear [Ocado CEO] Mr [Tim] Steiner, your depot shouldn’t be next to our school, and not next to any school. We know what green-washing means.”

And fellow pupil Eve Bolton, also aged eight, said: “M&S, stop this mess. You’ve started building your depot and think that we won’t mind. You’re already polluting the school. All we want is to breathe clean air in a quiet classroom.”

The Tribune this week approached both M&S and Ocado for comment.

An Ocado group spokesperson said: “Our proposals for the Bush Industrial Estate are to build the greenest and quietest grocery facility in the UK with a 100 per cent electric van fleet.

“We remain committed to the Islington community, where we delivered to one in six households in 2020, and will continue to look at how we can deliver an even better service to the borough while also significantly reducing our emissions.”