Quantity over quality? Overdevelopment at jail site will ruin those welcome pledges

In a number-crunching opinion piece on the latest proposals for the Holloway Prison site, Linda Clarke argues that the figures do not add up when you compare them with the original pledges 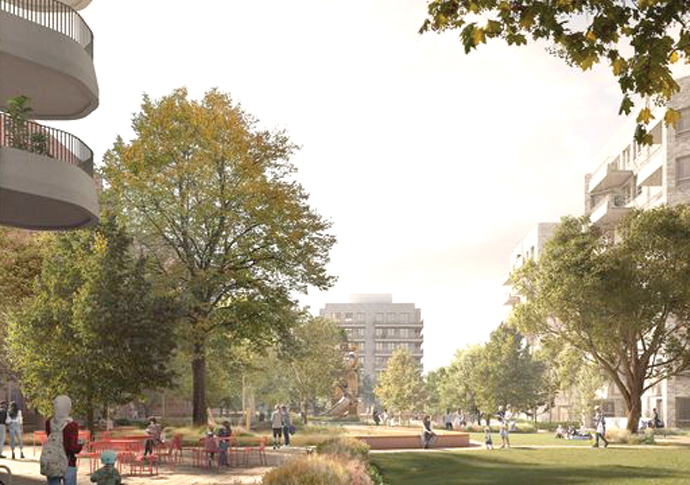 An artist’s impression submitted to the council

IT was welcome news when, with the help of £40million grant and £42million loan from the Greater London Authority, Islington Council announced that 60 per cent of the housing on the former Holloway Prison site should be social housing.

It was also said that 42 per cent should be let at social (council) rents, and a women’s building would be provided as a fitting legacy to replace the services lost and to include more.

The site capacity study carried out in 2017 considered a number of options for the site, including a maximum of 880 units, which was considered “out of character with the local area. It represents an over development of the site that risks reducing the quality of the develop­ment, levels of residential amenity, daylight and sunlighting… development above 10 storeys will not be acceptable on this site”.

Now, however, the application submitted by Peabody to the council is for 985 units, includes up to 14-storey tall buildings, and embodies all the dangers forewarned in the 2017 study and more.

One way in which this high density has been achieved, and which has serious health, economic and environmental implications, is by designing 500 flats as – to all intents and purposes – single aspect, that is with the windows of any one flat facing the same direction and no through ventilation.

The application claims that there are no ‘through aspect’ flats, only 6 per cent or 60 flats are single aspect, 484 are corner aspect, that is with a front and side window, and 441 are what is termed “stepped/double aspect” or, as apparent from the diagram, rather like a large bay window.

This is contrary even to Peabody’s own 2018 Design Guide that: “The majority of dwellings to be dual aspect with cross-ventilation, single aspect dwellings should be minimised.” 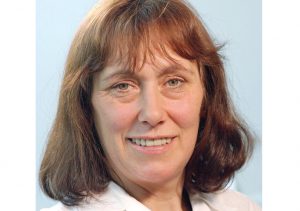 The problem is that many of these flats, especially those facing south and west, will suffer from overheating, a danger that will increase with climate change, and will require the additional cost of mechanical ventilation and cooling systems.

Many of these single/ non-corner aspect flats are also those for “social rent” and a number front Parkhurst (Camden) Road, along which an estimated 25,000 vehicles pass each day.

In these cases, opening windows is no option given the noise and pollution.

A further result of overdevelopment and the sacrifice of quality for quantity is that the proposed environmental design of what is intended as a net zero energy building development falls far short of the London Borough of Islington’s 2030 Net Zero Carbon targets.

The heating demand is 72-162 per cent more than the target; the upfront embodied carbon emissions are more than double the 300kg/CO2/m2 target for 2030; not a single item from the site is proposed to be reclaimed for re-use; and the renewable energy generation is only 62 per cent of the Islington Council target.

In addition, about 10 per cent of flats fail to meet minimum daylight requirements and much of the public space will be windy and over­shadowed.

Another problem is that many units are small – 315 of the 415 social rent flats – are one to two bedroom, as are all those intended for shared ownership.

But the biggest sacrifice is the legacy of the site for women and the community.

There are no general community facilities for a development set to house more than 3,000 people.

And, instead of being standalone and central to the development and to the communal green space, the Women’s Building is confined to the ground floor of one of the blocks fronting Parkhurst Road, with an overshadowed garden attached.

Islington Council’s Supplementary Planning Document (SPD) dictating the requirements for the site stipulated: “The provision of a women’s building/centre that incorporates safe space to support women in the criminal justice system and services for women as part of a wider building that could also include affordable workspace to support local organisations and employment opportunities, particularly for young people.”

So, despite the success of the court case on a nearby develop­ment initiated by Councillor Diarmaid Ward, chair of housing, that developers comply with the terms of the SPD, the proposals fail to do so.

Above all they make a mockery of consultation and fail to respond to the many efforts and constructive proposals put forward by the campaign, Community Plan for Holloway, all of which can be found on the website: https://plan4
holloway.org

These submitted plans cannot possibly be accepted by the council.