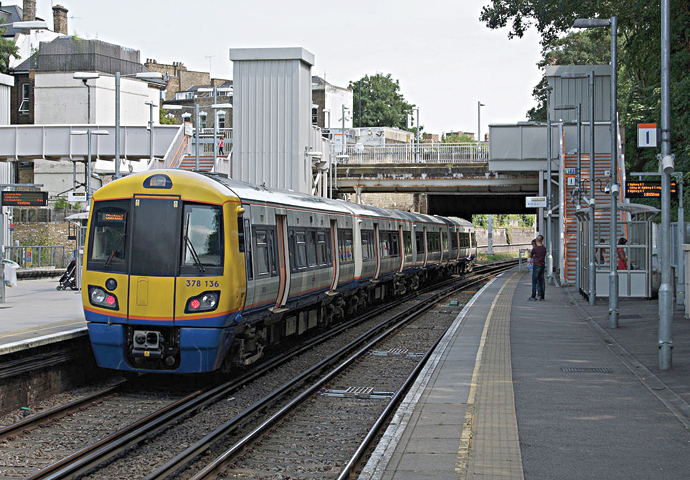 Canonbury, above, and Caledonian Road & Barnsbury Overground stations had lifts out of action for 30 days in 10 months to the end of October. Picture: Matt Buck

TRANSPORT chiefs are under fire from disabled and elderly residents as new figures reveal that lifts at the borough’s main ­stations are frequently out of service.

A Freedom of Information request made by the Tribune has revealed that lifts at Caledonian Road & Barnsbury and Canonbury Overground stations have been out of action for a total of 31 days in the 10 months to the end of October, while lifts at Highbury and Islington station have broken down 22 times.

Patrick Lynch, a wheelchair user and member of the management board of Disability Action in Islington, said: “This is completely unfair for disabled residents. It’s not good enough. We already have issues getting onto buses, with drivers just leaving us on the side of the road when they should be letting us on.”

He said there were too many tube and Overground stations with failed lifts so Transport for London should put “significant resources” towards maintaining them.

“There needs to be a better infrastructure in place in London so disabled residents can get to work and go to school,” he said.

“Each time a lift is down, it has a huge impact on people unable to get to work. It can delay them by hours, causing them to lose jobs.”

Mr Lynch, who volunteers for the rights group based at the Marquess estate in Canonbury, said it was important to highlight how broken-down lifts can affect the most vulnerable residents.

“We need change. It’s so frustrating each time a lift has broken down at a tube or Overground station,” he said.

Dot Gibson, secretary of Islington Pensioners Forum, which fights for the rights of elderly people, said each broken-down lift symbolised hours of inconvenience for residents with mobility issues.

“For someone who can’t get up or down stairs it means they are stuck. Recently, one of our members set off with her partner in a wheelchair to go to one of our events, but they simply couldn’t go any further as the station lift was broken,” she said.

“Instead, they made a long journey by bus and ended up being late by hours.”

She said it was “frustrating” that there was no way for elderly residents to be told when a lift was broken at a station, although TfL gives details of broken-down lifts on its social media websites.

“Not many elderly residents can use computers or have access to the internet,” she said. “You turn up at the station and you don’t know it’s broken down until you get there.

“It’s so unreliable. You’re stymied and have to find another way to your destination.”

The frequency of lift breakdowns at the borough’s three Overground stations looks to be increasing each year, according to figures TfL released after our request.

In 2017, lifts at Canonbury and Caledonian Road & Barnsbury stations were out of service for a total of 22 days while lifts at Highbury and Islington suffered 10 failures.

Rory O’Neill, TfL’s general manager of London Overground, said: “We understand the importance of step-free access to our customers and are sorry for the issues with lifts at Canonbury and Caledonian Road & Barnsbury stations.

“Our staff always endeavour to promptly report any lift faults and most of these are rectified quickly.

“If a customer arrives at a station and the lift is unavailable, our staff will help plan an alternative journey to their destination.

“If there isn’t a reasonable alternative route, we would book a taxi at our cost to take them to their destination or another step-free station from where they can continue their journey.”

A TfL representative told the Tribune that lifts at Highbury and Islington were managed by Network Rail, but a spokeswoman for Network Rail could not confirm that.