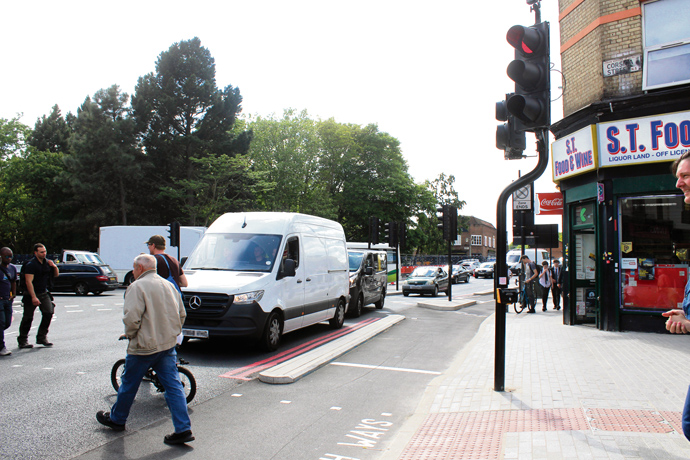 • I SAW on YouTube that, even though cycle lanes and LTNs, low traffic neighbourhoods, are a positive initiative for pedestrians and cyclists, some shop owners feel that cycle bollards reduce parking for shoppers and for loading.

I understand why businesses might feel frustrated, but I think it is really positive what Islington and other councils are doing to keep cyclists and pedestrians safe on London’s streets.

I’m not frightened of cycling on the high street and I do follow the rules; but cycling recently on Liverpool Road, and other parts of London, I felt extra safe with bollards on the cycle lanes, knowing cars couldn’t overtake me closely at speed.

I’m also a bus driver and drive cars and buses regularly. In a bus I never overtake cyclists unless it is safe to do so. I’d rather wait behind them because I see that cyclists are vulnerable as they don’t have metal protecting them.

Lorries turning left and killing cyclists is not on. That’s why I also support Transport for London’s plan that, by 2041, they want zero deaths on London’s roads.
See: https://tfl.gov.uk/corporate/about-tfl/the-mayors-transport-strategy

As a bus driver I’ve noticed the road closures, but it’s a good thing they’ve stopped cars going down some roads. I believe government and councils are doing their very best to keep people safe, and that’s something to say thank-you for.

The other day I rented a Zip car (neighbourhood car share) and I realised the frustration a lot of car drivers must go through. Normally on Southgate Road I could take any of those turnings straight to Essex Road.

But not now. I was sitting there doing deep breathing to calm myself down. I could imagine car drivers wanting to take the next left getting frustrated.

I understand why a car driver would say “that person just walked out into the road” but it would be better if their response was kinder and they thought, “I’m so glad I’m responsible and professional enough and experienced enough to have seen the hazard!”

That’s what they teach us as bus drivers. When I got my driving licence there wasn’t that attention to hazards.

Drivers may complain about traffic, but they need to remember that these changes are keeping people safe.

At Highbury Corner there is now so much more space for people to walk and socially distance and that’s a good thing. And with slower traffic you can see the 43 coming and still be able to catch it.