Results day: the lost generation? Not us, say students

‘Record high exam grades are the result of hard work’ 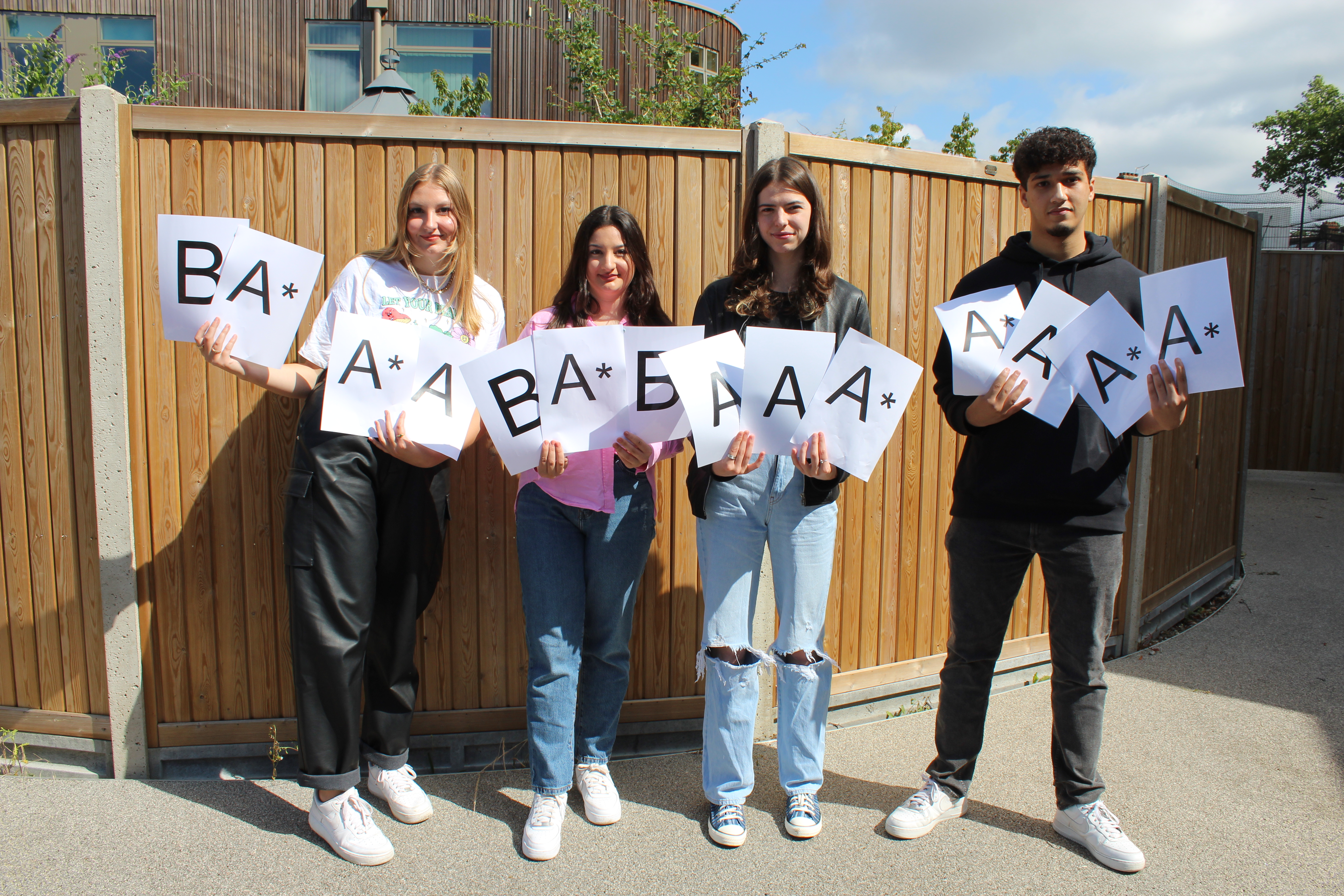 STUDENTS who have endured two years of dis- ruption due to Covid-19 have finished on a high with record-setting results.

And headteachers and students told the Tribune they are determined not to be seen as the lost genera- tion of Covid – warning against mistaking hard work for so-called grade inflation.

After chaos last year caused by a government algorithm setting grades, schools this year were allowed to set teacher- assessed marks instead of exams.

At St Aloysius College in Hornsey Lane, William Ghebremichael, 18, got A*A*A in his A-levels and is going to the Univer- sity of Nottingham to study genetics.

He said: “When you hear people say the grades are going to be inflated, that goes against the work the teachers have put into it.

“When we get older we are going to be known as the Covid generation. Maybe people will look at our grades and think we have not worked for our A*s but that is a disrespect to our teachers and the work they have put into us. We did well to adapt to the challenges and people have to accept that.”

Godbless Acheampong, 18, was awarded three distinctions in his Business BTEC and is going to the University of Reading to study business manage- ment.

He said: “We have been working at home doing our coursework and exams. It was good over- all. We have gone through a lot of obstacles to get here.”

Headteacher Paula Whyte said: “It is lovely to be here and seeing lots of happy faces. It was an awful year for the students – there was a lot of anxiety among our pupils as they didn’t know what was going to happen. They’ve shown really hard work, determination and resilience during lock- down.”

She added: “What we do is a mission to serve the disadvantaged and give them opportunities. They’re all very able – it’s a case of making them work.”

At City of London Academy Highbury Grove, students say their mental health was affected by the numerous lock- downs but have ended the year on a high after receiving their results on Tuesday.

Saffiya Britto, 18, got anA*AAandachieveda grade A in her extended project qualification.

Ms Britto, who is going to study law in Durham, said: “With Covid it has been a hard year. Every- one has had their own per- sonal problems and a lot of us have had issues with our mental health. A lot of students definitely felt it. But we pulled through and have made this big achievement.

“The school were a big help with my mental health. I spent a lot of time in my head of sixth form’s office crying.”

Ava Gouldesbrough, 18, got three A*s and is going to Bristol to study geogra- phy. She said: “The uncer- tainty was the worst part of it. There was talk over

whether grades would be inflated so we were wor- ried they might try to deflate them. But today was a surprise – a good surprise.”

Tina Balogova, 18, was awarded three distinctions in her BTEC qualification in art. She said: “I feel more than happy. I feel like I am in a dream right now. It’s like I’m at the top of earth and I have the world spinning in my hand.”

She has been accepted on to an art foundation course at Central Saint Martin’s.

Headteacher Aimee Lyall said: “We don’t want to submit to the idea this is the lost generation. We think what young people have done is gain skills such as adaptability, deter- mination and resilience, which are really necessary. Their ambitions have been undiminished and that’s what matters.”