‘Retrofitting’ for the future 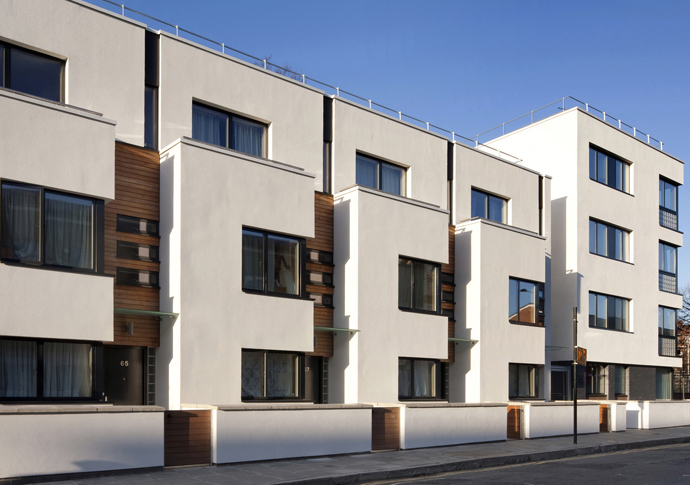 THE built environment contributes around 40 per cent of the UK’s total carbon footprint, almost half from energy used in buildings and infrastructure.

Newly constructed buildings are more energy saving, except that many are constructed with carbon-intensive concrete.

But 80 per cent of buildings that will be standing in 2050 have already been built, so a major priority is decarbonising the existing stock.

Indeed, Britain has one of the highest proportions of buildings in Europe built before 1945 and generally “hard to heat”, resulting in many estates suffering fuel poverty.

In small recognition of the possibilities this situation presents in addressing climate change and creating new employment opportunities, the government recently offered a Green New Deal package of £3bn, of which £2bn is envisaged for Green Homes, £1bn for energy efficiency and £50m for social housing upgrade.

This compares with £12bn in France and £36bn in Germany, which has a far lower proportion of ‘hard to heat’ building stock.

Islington launched its Vision 2030 for net zero carbon in June 2019, and organised its first Tackling the Environment and Climate Emergency meeting, intended pre-Covid to be annual, in which officers, councillors, unions, local environmental groups, tenant associations and experts actively participated.

It boasts some exemplary retrofit schemes: the Mildmay Community Centre Passivhaus work, and the use of heat pumps in Boleyn Road.

But such projects are like a drop in the ocean, considering that Islington has 25,000 properties. Plans on a much greater scale are needed.

A programme should be coordinated by the council in partnership with unions, practitioners, community groups and Further Education Colleges and address above all poor housing conditions, high energy costs, fuel poverty and consequent health problems.

Zero energy construction requires a high standard of knowledge and know-how, including physics and how to achieve air tightness, as well as integrated teamworking to bridge occupational and professional interfaces

Yet the number of construction trainees, including apprentices, have declined dramatically over many decades and the industry faces a major skills shortage crisis.

With half of the construction workforce “self-employed” and a reliance on micro firms and extensive subcontracting, there hardly exists an infrastructure for work-based training and colleges themselves have been starved of funds and facilities.

The alternative is for the councils to rely more on their own resources and to work with the colleges, the unions and local organisations to achieve the energy literate skilled construction workforce required for large-scale retrofitting of council property.

Islington Council is half-way there, having now in-sourced the repair and maintenance of its properties.

Just as local authorities have addressed the housing crisis in the past with their new build council housing schemes, so they can today in partnership address the climate emergency and play a central role in planning and carrying out the retrofitting of their properties with their own well-trained workforces, employed under good conditions.

This then is the vision for an accountable, large-scale, and high quality retrofit programme focussed on energy saving rather than accommodating to energy demand.