Review: The Snowman, at Peacock Theatre 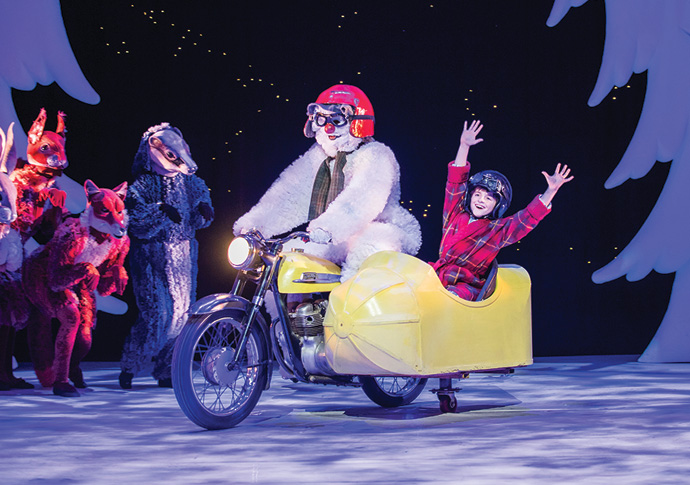 IT’S hard to believe that Birmingham Repertory Theatre’s magical version of Raymond Briggs’s classic, The Snowman, directed by Bill Alexander with music and lyrics by Howard Blake, is in its 24th year.

The show is a delight from beginning to end and offers a healthy dose of festive spirit. The little ones who accompanied me (aged 2 and 4) were enraptured throughout. There’s not a word spoken, no phones or gadgets. This is pure spectacle, live music (courtesy of Costas Fotopoulos) and dance.

A young boy (Jax Fenner) builds a snowman (Martin Fenton) in his garden. After everyone has gone to sleep, the snowman comes alive. The friendship and trust that develops between the two is particularly heart-warming.

Initially the boy takes the snowman on a tour of his home. He introduces him to the family’s pet cat, his playroom and parents’ wardrobe and invites him to cool off in the freezer. 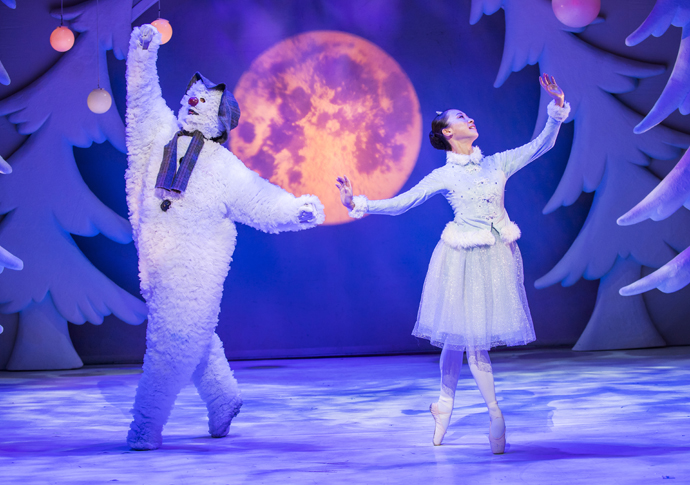 In the kitchen, a coconut, banana and pineapple escape from the fridge and enjoy a limbo contest.

Outside, several nocturnal animals venture out to play and dance. Many voices around the auditorium delighted in identifying the badgers, foxes, rabbits and squirrels.

The show challenges its young audience by delaying their gratification. While there are many wow moments, we have to wait till half time for the magical adventure to truly begin. When the snowman and the boy fly into the sky, accompanied by the timeless hit, Walking in the Air, the sense of awe is palpable.

In part two, the friends arrive in the snowman’s icy world and meet Father Christmas, fellow snowmen and women, reindeer and penguins. It’s full of fun and wonder and the only suggestion of menace comes in the form of Jack Frost (Barry Drummond) and his wooing of the beautiful snow princess (Ana Freire).

Robert North’s choreography is addictive – by the end, there were tiny figures dancing in the aisles and they carried on for some time afterwards.

Not to be missed.