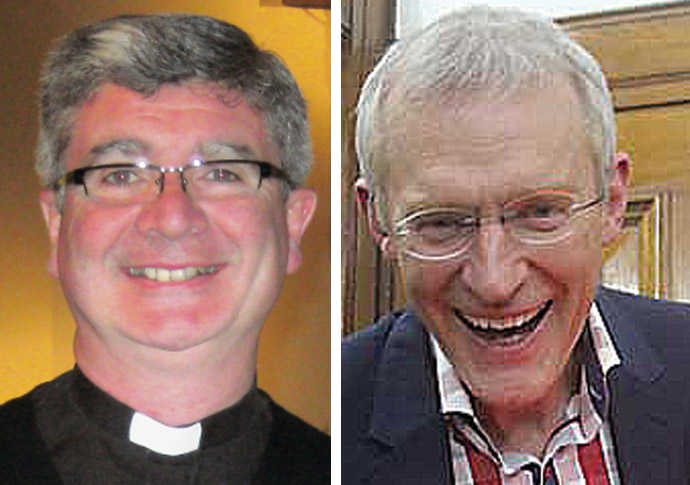 A PRIEST has found himself embroiled in the row over controversial traffic-calming measures after claiming he struggled to reach dying hospital patients to give them the last rites.

Father Gerard King, from St Joan of Arc Roman Catholic Church in Highbury Park, said there had been “near misses” as he rushed to get to the Whittington Hospital.

His comments have triggered a slew of critical messages, including from TV and radio presenter Jeremy Vine who offered to buy Father King a bike and “find him the best route”.

Father King, who was not available for comment this week, is understood to have been taken by surprise at the response to his quotes in the Sunday Telegraph.

John Mullen, one of his parishioners and a press officer for the Islington Green Party, said he thought the priest may have missed the broader aims of the Town Hall scheme.

He said: “Pope Francis has made it a real moral imperative for Catholics to look at the problems of climate change and air pollution. Are Low Traffic Neighbourhoods perfect? No, but nothing is perfect apart from God.”

Father King said he used to be able to get from his church to the hospital in 20 minutes, but that the journey now takes up to an hour and 15 minutes after new traffic control measures were introduced in Highbury Hill and Aubert Park.

They are part of Islington Council’s Low Traffic Neighbourhoods scheme – wide-ranging attempts to cut air pollution and encourage walking and cycling where possible.

The policy, however, led to regular protests by objectors outside the Town Hall last year. 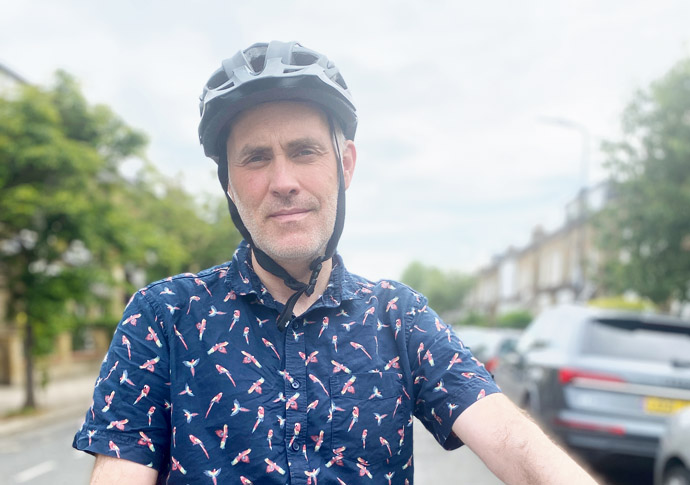 “But I would look at the bigger picture – what are the correct measures that will help protect the air quality and lives of parishioners?

“It seemed like the article [in the Sunday Telegraph] was piggybacking on an Islington priest as though he was speaking for the whole Catholic church, when that isn’t necessarily the view of all Catholics, in the church or in the area.”

Mr Mullen added that he had been in touch with Father King to express his disappointment at the interview – he said Father King responded “very respectfully”.

Mr Mullen said he now hopes there can be an open forum within the church on the issue.

The debate escalated when Mr Vine – famously a keen cyclist – tweeted about Father King’s comments, telling his online followers: “A lot of people die because they are hit by people driving cars in a rush.”

Father King’s supporters, however, were unimpressed by the offer of a bike as he had recently had a hip operation.
Jon Winn, who lives in Highbury and is part of the Keep Highbury Moving group, said the response to Father King’s comments was a “bit unfair”, adding: “I cycle and walk most places myself, but I can’t really see how everyone should be expected to.”

He said that cyclists in the borough are having “an unrepresentative impact on policy”.

The group believes the number of vehicles on roads is not reduced by Low Traffic Neighbourhoods, which it says cause gridlock on main roads. Members joined fellow objectors to road closures from Tower Hamlets and Hackney in a demonstration on Saturday. 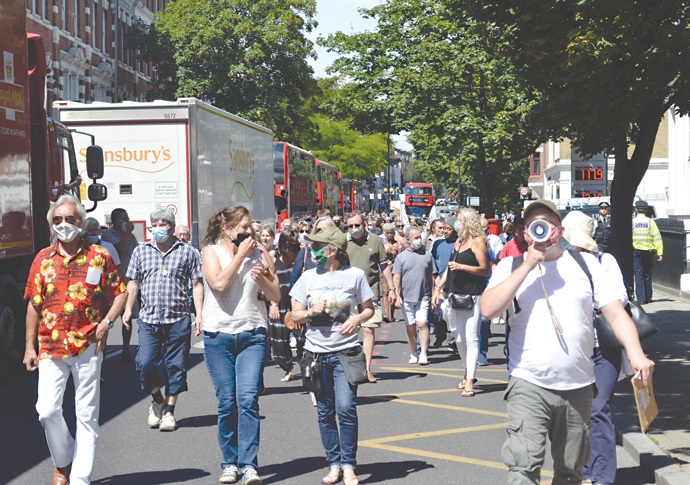 Mr Winn said there were between 200 and 300 people at the protest, adding: “It was a really good atmosphere.

“We got a lot of positive support from people waving out of their cars and beeping. We even had people standing outside their businesses and clapping.”

He added that he is not opposed to all traffic-calming measures, but said: “It’s just that there has not been any real consultation on the project. The council has gone for the nuclear option but there are other ways.”

“Less traffic means easier and safer access for cycling and walking, and quicker journeys for those needing to travel by motor vehicle.

“Studies suggest that those who walk or cycle to shops spend more than those who drive – indicating the positive impact that the trials can have on businesses in Islington.

“The council is also working with businesses to enable them to utilise the schemes by using more sustainable methods of delivering.”

She added: “Our people-friendly streets programme aims to make our streets cleaner, safer and healthier while maintaining access to every street in the borough by motor vehicle, ensuring that those who need to travel by car can continue to do so.

“We know that these are significant changes, and the council is fully committed to engaging with businesses and residents and, where necessary, making changes to schemes based on feedback from local people.”