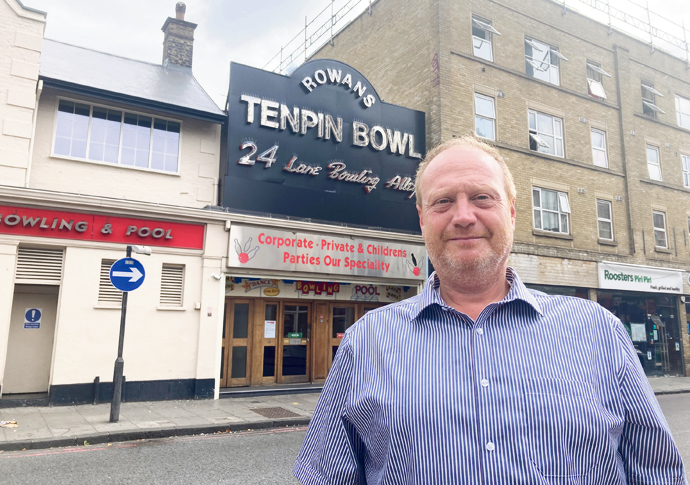 Manager Terry Harrison, who has worked at Rowans for 28 years

FINSBURY Park’s bowling lanes are back open and the legendary venue is celebrating overcoming the most challenging time in its 30-year history.

The manager of Rowans Tenpin Bowl, in Stroud Green Road, told the Tribune this week how the Covid lockdown had been worse than the recession of 2008.

But it has a special place in the hearts of generations of residents and is ready to bounce back to recovery.

“People now bring their children’s birthday parties here and they say, ‘I used to come here with my parents’,” said manager Terry Harrison, who has worked at Rowans for 28 years.

“In the past we never needed to advertise. We had too many customers right before the first lockdown last year. We went from one extreme to the other.”

The company took over the building in the mid-1980s and originally ran a snooker hall before introducing bowling in 1989. It had been home to a cinema in the 1920s before it became a dancehall where The Beatles once played.

Boxing matches were also held there and it briefly ran a health club before focusing on bowling and entertainment. 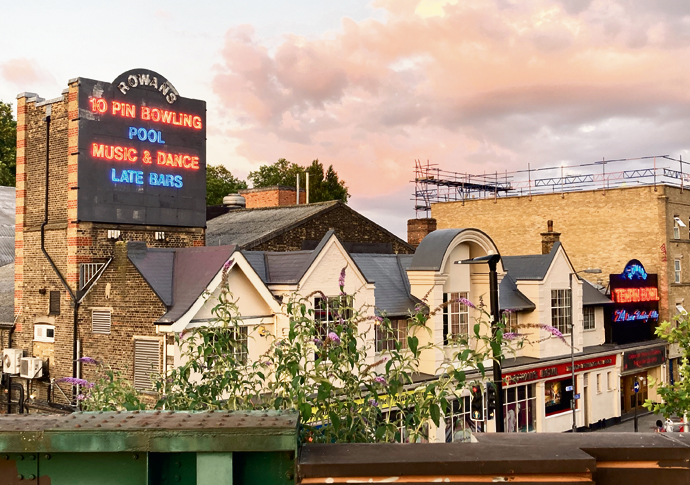 The venue still only costs £1 entry during the day and £3 at night, with access to its games arcade and dance floor with house DJ Skid.

Mr Harrison said the Rowans business is still recovering from the shock of the pandemic.

He said: “It was just all so sudden. January was normal. We had heard of the coronavirus but we didn’t think it would ever get here.”

Rowans had employed around 75 staff before Covid-19 swept across the UK last year and the first lockdown was announced.

Mr Harrison said: “When we first opened again in May, after the lockdown, we didn’t have enough staff and we struggled. We used to have Spanish, French [and] Italian people working here, but since January 31 we haven’t been getting as many applicants.”

He said that since June they have employed more people and are getting back to normal, adding: “Covid was difficult and very costly.

“The breweries have been good and refunded us. But we lost thousands in food and soft drinks. It has cost us hundreds of thousands. 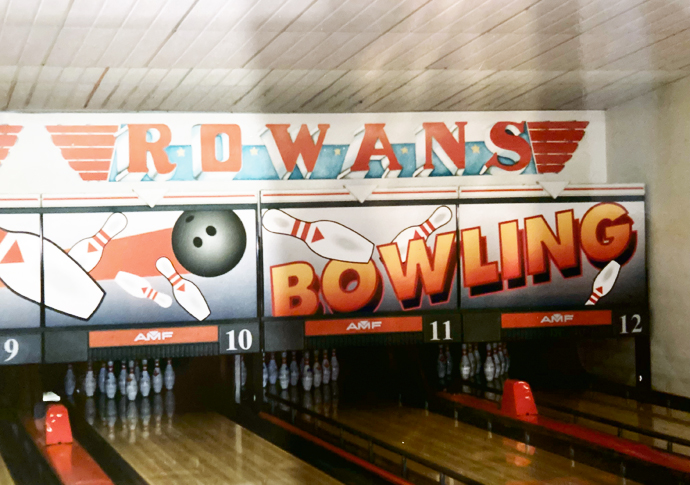 “We were panicking at first. I was thinking, ‘this is going to be a big problem’, but I am not so worried now.

“Furlough was useful and rate relief was useful, but we have obviously suffered immensely. We have had no turnover but still had to pay the gas and the electricity and bits and pieces.”

Rowans partially reopened in May but with reduced entertainment on offer as virus rules restricted loud music to encourage social distancing.

Mr Harrison said he went to other karaoke bars to see how they operated, but decided not to reopen Rowans’ singing booths until the rules were relaxed completely on July 19.

He said: “People have really missed the karaoke. We have had lots of requests for months with people saying, ‘When are you opening?’.

“Some karaoke bars were operating under the rule of six but we thought we wouldn’t risk it until the restrictions were dropped.”

The late-night social hub came under the spotlight in 2018 when rumours spread about Haringey Council wanting the building for redevelopment plans.

Mr Harrison said: “There were calls for sites by Haringey but everything got blown out of proportion.

“People thought Haringey was forcing us to close down.

“There was a massive petition, but actually it ended up being good advertising for us – people were coming in and saying, ‘Are you closing down?’ And we were saying, ‘No, we are not going anywhere’.

“The same goes for now. It has been a tough year – very, very tough financially – but we are still here. We are not going anywhere.”