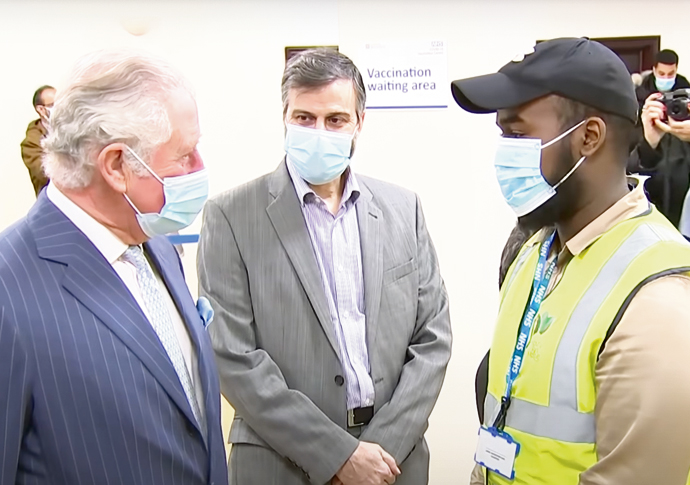 PRINCE Charles visited Finsbury Park Mosque this week as it opened its doors as a temporary vaccination clinic.

The Prince of Wales, joined by the Duchess of Cornwall, visited the Seven Sisters Road centre on Tuesday. He met with NHS staff who have delivered thousands of Covid-19 jabs in Islington this year.

His appearance came a week after Prince Harry and Meghan Markle’s explosive Oprah Winfrey interview in which Prince Charles’ daughter-in-law said an unnamed member of the Royal Family had expressed “concerns” about the skin colour of her son before he was born.

This was the 72-year-old’s prince’s second visit to the mosque after he attended its opening ceremony in 1987. 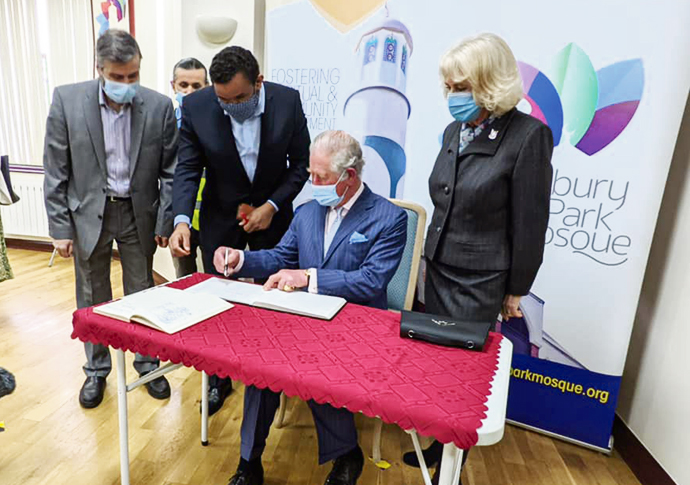 Signing in at the mosque with the Duchess of Cornwall

Mohammed Kozbar, chairman of Finsbury Park Mosque, said: “Muslims have been among the worst affected by the Covid-19 pandemic, yet the role that Muslims throughout the country have played in their local commun­ities as frontline staff, key workers and volunteers to help alleviate the suffering that this pandemic has inflicted on so many, is a source of immense pride to everyone.”

A spokeswoman for Prince Charles said: “The Prince has a longstanding relationship with Finsbury Park Mosque, having attended its opening ceremony.

“He returned to the mosque in 2017 to pay his respects with the local community following the Finsbury Park terror attack.” 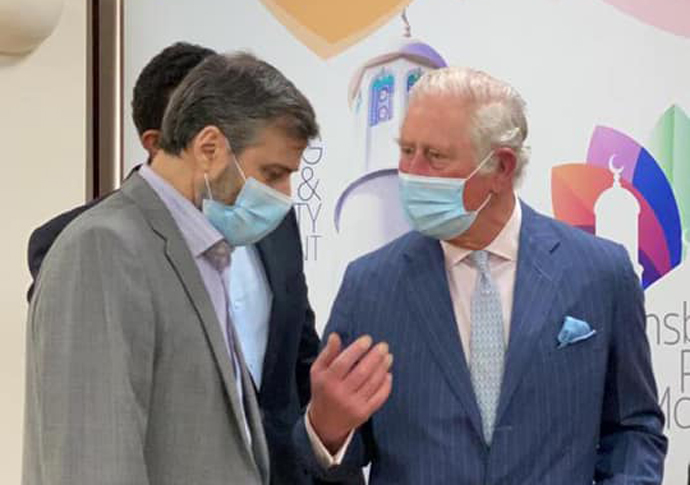 The prince chats to Mr Kozbar

Mr Kozbar added: “We are pleased this visit happened when we have the vaccination centre.

“I met Prince Charles before in 2017 after the terrorist attack and he visited the Muslim Welfare Centre. He is very friendly and smiling all the time. You enjoy talking to him and when he opens conversations it is interesting.”

Since the start of the pandemic, several initiatives have been run out of the mosque helping the community, including donating personal protective equipment (PPE) and food to the Whittington Hospital as well as delivering meals to families around Finsbury Park.

The mosque has also hosted online events with healthcare professionals in which members of the Muslim community have had the opportunity to have questions about the vaccine answered.
They have also distributed leaflets with information about the vaccine around the borough in a bid to tackle misinformation and vaccine hesitancy. 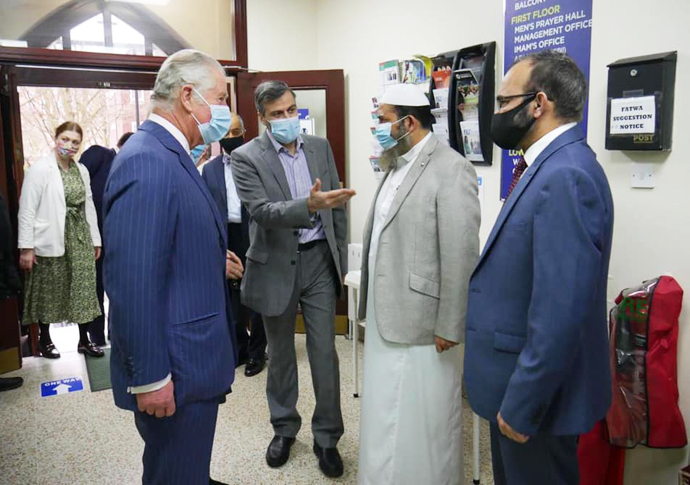 The pop-up centre in the mosque was open from Monday to Wednesday.

Meanwhile, a permanent mass vaccination centre was also opened this week at the Business Design Centre, off Upper Street in Angel.

Rev Dr Odejide said: “Vaccines do not kill, the virus does. Vaccines are not our enemy, the virus is. The vaccines are a valiant and effective way to stop this deadly virus.

“We really should not be fighting what is meant to help us.”