So, so Soho: capturing the essence of a legendary neighbourhood

Despite encroaching retail chains, Soho still has more than its fair share of characters as a new book demonstrates, says Dan Carrier 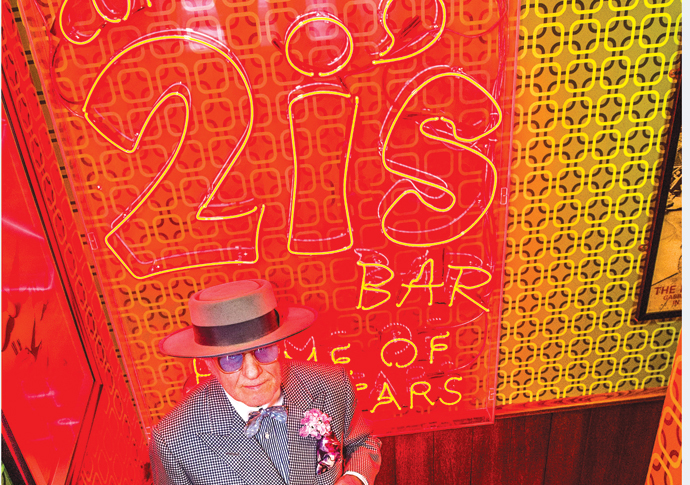 SOHO George first fell for the area that now prefixes his name as a teenage Teddy Boy.

It was the mid-50s and he heard the BBC broadcast the music show Six-Five Special from a place called the 2i’s Coffee Bar. It was skiffle gripping the nation’s youngsters, and he wanted in.

“We came down to Soho to be nosy,” he says. “We used to come backwards and forwards from east London, jumping over the barrier at Tottenham Court Road tube station and running down Old Compton Street.”

Soho George – a Teddy Boy and then Modernist – was fixated on looking the part, and has been a feature in Soho ever since. And in a new book, Some Kind’A Soho, he is joined by other stalwarts of the legendary neighbourhood to recall times past and consider what this unique, story-laden jumble of streets and buildings is like today.

Author David Saunders has lived in Soho for 40 years, and worked in the area when it was the centre of London’s creative advertising industry.

Photographer Darren Russell has taken pictures for more than 25 years, with a portfolio that ranges from musicians and actors to documentary work, capturing daily city life.

The project to capture what the book’s subtitle says are “The Voices of Disappearing Soho,” began in 2016, but its publication was put back due to the outbreak of Covid. 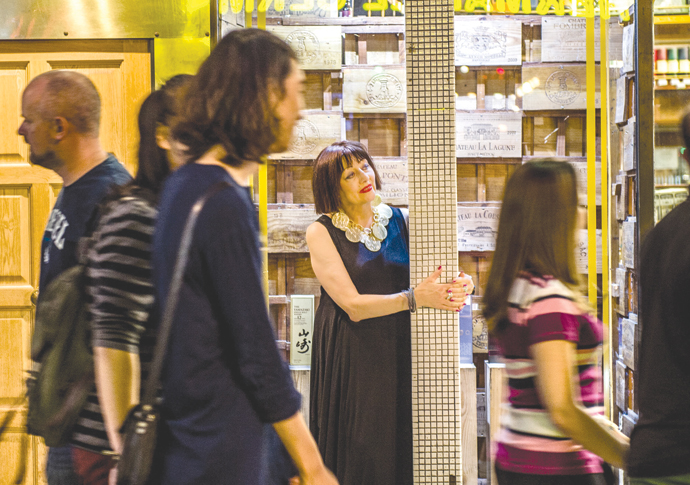 The pair came up with 10 questions for Soho faces to answer, aiming to capture the essence of this unique part of London. Their contributors include bar owners and their regulars, tailors, artists, musicians, DJs, advertising gurus, tattooists, authors and straight and queer Soho-ites.

They began by people what their introduction to the place was. From here, they were asked to name a favourite pub, bar or restaurant past or present; what song or tune reminds them of the patch; their favourite club today and in the past; the most interesting thing they know about the streets; how they feel about the rapid pace of change; what their typical Soho day consists of; a favourite character and, finally, what they miss about the Soho of days gone by.

Soho George (whose surname is Skeggs) worked in Soho Square for an advertising firm in the 1960s. He recalls running finished designs to Fleet Street for the following day’s newspapers. “We used to pop over the road to the Gioconda for a sandwich – a great place in Tin Pan Alley,” he remembers. “We used to wind up the fans waiting to see Cat Stevens. They had somehow got our number by mistake and they would phone up and say ‘Is Cat coming down?’ and we would say ‘Yes, where are you?’”

Soho George and his friends would tell the groupies to wait for a while as the singer would love to meet them.

“We’d go down and they’d say ‘Is Cat coming down?’ And we would say ‘Yeah, he’ll be down in a minute to sign autographs’ and walk away laughing. A bit wicked, really.” 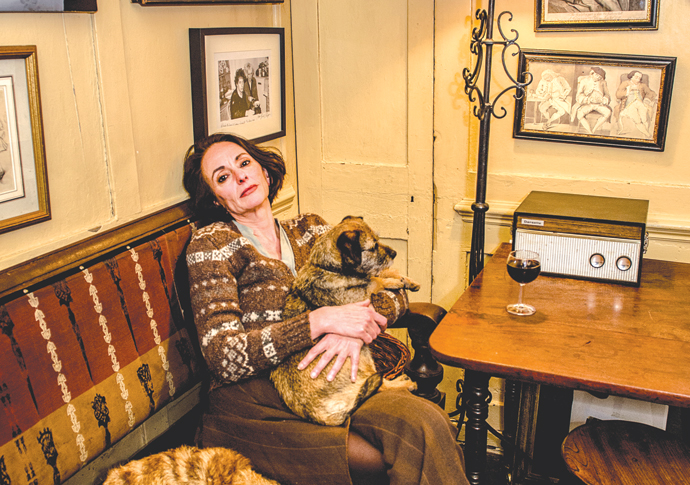 Soho and the world of fashion go hand in hand – and the authors have chosen to feature the self-styled Soho socialite Kim Abraham, who celebrates the sense of style Soho offers. She is joined by her husband, Paul.

Kim remembers on one of her early jaunts to Soho from her Essex childhood home that she drank so much her friends didn’t know what to do with her.

“They left me in the doorway of one of those ‘model upstairs’ places, rang the bell and did a runner,” she says.

“I wouldn’t have been able to find my way back home, I couldn’t see where I was going and all I remember is the lady / model opened the door and saw what a state I was in, took me in and made me a cup of tea. I ended up staying there till the trains were running the next morning. What a nice thing to do.”

Paul, who worked at a Savile Row tailors, recalls sessions in the Coach and Horses.

“People always mention Jeffrey Bernard. I met him a number of times and he was horrible – really horrible. He wasn’t even a nice drunk, he was an arse. Peter O’Toole played him very well, he made him nicer and people say ‘Oh what a laugh he was’ and you think actually, he wasn’t like that.” 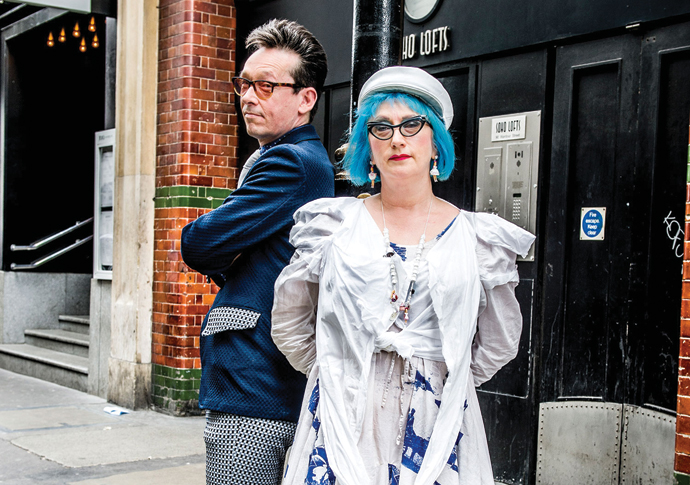 With the advantage of hindsight, many of the contributors pinpoint moments that mark the old Soho slipping away and being replaced with a more sterile environment. It’s not all about rising rents, chains and being a victim of its own reputation. Some say the decision to create a Crossrail station has had a negative effect – it saw 14 night clubs close so it could be built – while others cite moving St Martin’s School of Art to the new King’s Cross development as a key moment.

It immediately took away not just plenty of hungry and thirsty students, a custom base that helped down-at-heel but hugely loved cafés such as The Stockpot keep going, but it had added a concentrated slug of instant Bohemia. Art students, dressed creatively and attempting to stand out, gave an extra twist of flavour.

Mandana Ruane, who owns the Bohemian Club, has watched it happen: “The Pollo on Old Compton Street – plates of pasta and half a carafe of wine for next to nothing – all of the St Martin’s students used to go there, and it is a real shame Soho has lost the art college.”

Thankfully for Mandana, the institute that first brought her to Soho, aged 16, not just survives but thrives.

“It’s not a bar, it’s not a pub, it’s a cocktail party that has been going on for more than 50 years,”
she says of the French House. “My best friend at school brought me,” she says. “The minute I crossed over the threshold I felt at home.”

This book captures the spirit and sense of a generation of Soho-ites who experienced lingering elements of post-war London. They watched the area’s rapid change, the loss of its bars, clubs and characters, and their stories create a vivid social portrait of a time and place. It is beautifully illustrated – Darren’s portraits are of faces that are as much part of the area as the streets and businesses they frequent.

• Some Kind’A Soho: The Voices of Disappear­ing Soho. By David Saunders and Darren Russell. www.darrenrussellphoto.com
The book is published by 2D’s and is available through www.centralbooks.com