Spurs knocked out of Carabao Cup by Chelsea 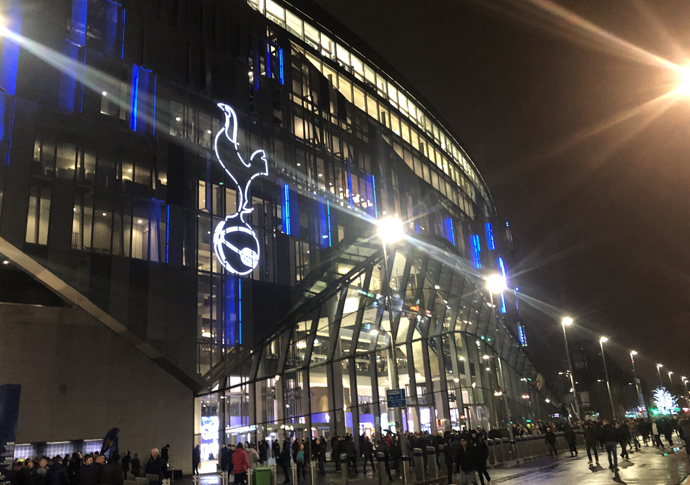 AS predictable as night following day, Tottenham saw their attempts to enjoy an appearance in a minor cup final scuppered by Chelsea.

When the visiting fans sung “It’s happening again”, they weren’t wrong – this is the sixth time that the Blues have got in Tottenham’s way in this particular competition.

After last weeks comical 2-0 defeat at Stamford Bridge in the first-leg, it was a big ask for Spurs to some how hit three goals with no response.

For Chelsea’s easy dominance – it felt like the Blues didn’t really need to get into top gear – the tie was settled by a first half goal by Antonio Rudiger, who headed home from a corner.

And Spurs, despite looking outclassed for long periods, saw the referee award two penalties and a goal, before having to rescind all three decisions after studying VAR.

It gave Tottenham a sense of injustice, but the way the game panned out suggests if the home side had scored three, Chelsea would have loosened up and seen to it that they scored four.

With an eye on Sunday’s north London derby, Eric Dier, recovering from Covid, was left out. His calming influence was missed. Matt Doherty, playing on the left, was out of his depth, while Japhet Tanganga, sitting on the right of the back three, looked shaky.

Antonio Conte must long for the return of Cristian Romero, who is back in training after an enforced absence due to a hamstring injury.

Two goals down after the defensive horror show that was the first leg, Spurs started with some intent. Lucas Moura was at the heart of all things good, challenging the Chelsea midfielders, and leading the charge to ensure they could not settle.

There was a sense that this may be a more balanced game. Moura bounced past three challenges to get himself into a shooting position, but his shot was a pea-roller that trickled wide.

Harry Kane then walloped a pile driver into a nest of Chelsea defenders. He had another chance early on, sending a free-kick from the edge of the area into the wall after Giovani Lo Celso was hacked down.

Tottenham’s brightness was to no avail. As soon as Chelsea had sorted themselves out, they looked like they could attack with impunity and score when they felt like it.

Chelsea had threatened when Romelu Lukaku bustled past Ben Davies and drew a save from Pierluigi Gollini. The deflection struck Davinson Sanchez and wasn’t far off from going in – a reminder of the comedy of errors committed in the first-leg.

On 18 minutes the visitors earned a corner and it was swung over from the left. Rudiger got away from Tanganga with ease to head home.

The first of three VAR moments came on 43 minutes. Spurs broke with Kane and he found Pierre-Emile Hojbjerg dashing in. Rudiger upended the midfielder and the referee Andre Mariner pointed to the spot.

A melee followed and after consulting the replay, Mariner judged the foul had been committed outside the box. Lo Celso’s subsequent free-kick was poorly hit.

Early in the second half Kane got in on the right after Spurs had pressed Chelsea high up the pitch. The England striker found the back of the net, and Mariner pointed to the centre circle as fans celebrated. But once again, VAR intervened and ruled there had been an offside in the build-up.

The final VAR decision of the hat-trick concerned a foul on Moura after he skipped in behind the Chelsea defence. Chelsea keeper Kepa Arrizabalaga came out to meet him, and once more, the first instinct from Mariner was to point to the spot – only to overturn his decision when VAR offered a second opinion.