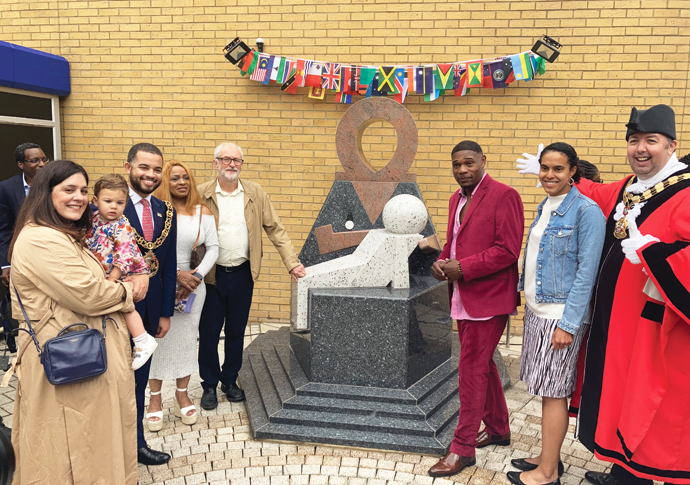 A STATUE has been unveiled outside the Whittington Hospital to commemorate the efforts of Windrush and Commonwealth nurses and midwives.

It follows a crowd-funding campaign by the Nubian Jak Community Trust (NJCT) supported by Islington and Haringey Councils that raised nearly £100,000.

MPs Jeremy Corbyn, Emily Thornberry and David Lammy were in attendance alongside councillors, nurses and hospital staff on Friday as the cover came off.

Around 40,000 nurses and midwives from the Commonwealth countries arrived to the UK from 1948 to 1973 to help the fledging NHS.

The event saw speeches and performances and the statue was unveiled by Mayor of Islington Troy Gallagher.

Mr Corbyn spoke about the importance of history education in schools, saying: “Frankly I would like to see the end of Black History Month because I think black history should be central to the curriculum at all times, all around the year, not just that one month.”

He added: “The commemoration we are putting up today is crucial and important because it shows that we do recognise the massive contribution that has been made. But we also have to change the narrative of how our children learn history in school. History can be taught as endless European expansion, endless European contribution in science and industry, invention and innovation – history is the contribution of all peoples of this planet have played. 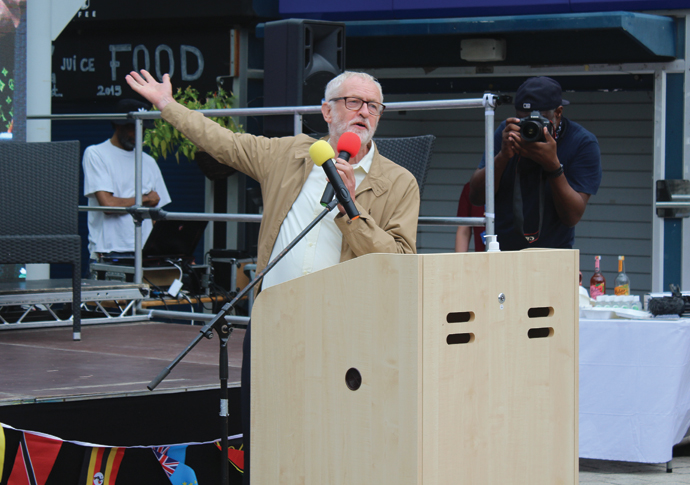 Islington Council’s Local Initiatives Fund has donated over £16,000 towards the statue.

Town Hall leader Kaya Comer Schwartz, who was born at the Whittington, said: “Thank you so much to the midwives and nurses for always looking after and caring for me and the thousands of other people in this borough and for literally giving me my life and my children’s life. I couldn’t be more grateful. When an officer called me and said we have been approached and asked whether we would support a statue in honour of the nurses and midwives of the Windrush generation to be put in Whittington hospital I said yes, what can we do, how do we do it? It was such an exciting opportunity as a new leader to be able to show a bit of the appreciation we have for you.

“This statue will be appreciated for decades to come by future genera­tions, your children, your grandchildren. They will know your stories because of this.”

Whittington chief executive Siobhan Harrington said: “As a nurse and a chief executive I feel particularly proud that this is happening today and happening here. For a few months now, we have been hiding the statue behind some strategically placed panels so it will be really wonderful to finally see the memorial unveiled shortly. I am looking forward to seeing people noticing it and interacting with it as they pass by.

“Our feelings of gratitude towards our nursing community has meant even more over the past 18 months. Even though we are not focusing today on the pandemic and how it has affected our lives, I do want to refer to it as a recent and relevant example of how much our nurses and midwives contributed towards keeping patients safe.” 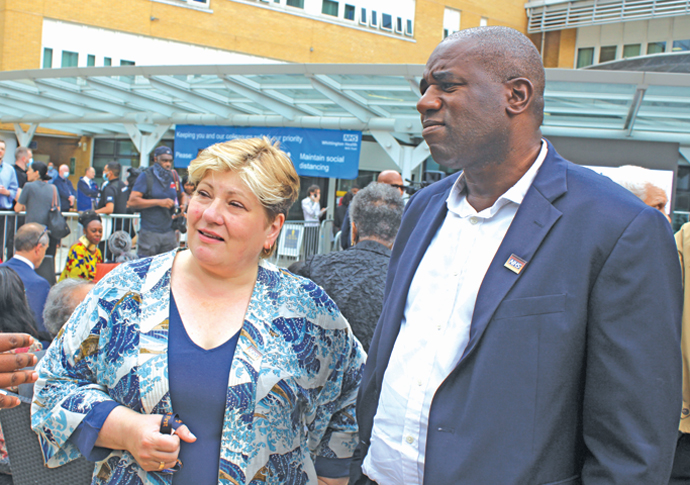 Currently there are only two memorials dedicated to black women in a public space across the capital.
Mr Lammy said: “It was Malcom X who once said the most disrespected people on the planet is the black woman. Well, no longer, as the result of the wonderful work of Nubian Jak but also Islington Council, this wonderful hospital and Haringey.

“We have always celebrated our own in this part of north London. It is my sincere hope that this is the first of many statues and that in the years ahead, when our young people in our schools discuss the birth of our National Health Service, they cannot do that without understanding the roles that those Caribbean nurses played.”

Dr Jak Beula, founder of Nubian Jak, who used to work as a social worker in Islington, said: “Unveiling this statue has been a culmination of three years of hard work and a dedicated team effort. Thank you to Whittington Health NHS Trust, Islington Council, and those who supported this commemoration through donations and sponsorship.

“But above all, everyone at Nubian Jak and our project partners would like to express our thanks and gratitude to the dedicated Windrush and Commonwealth NHS staff who have served Britain’s health services before and since the foundation of the NHS, and to whom this statue is dedicated.”