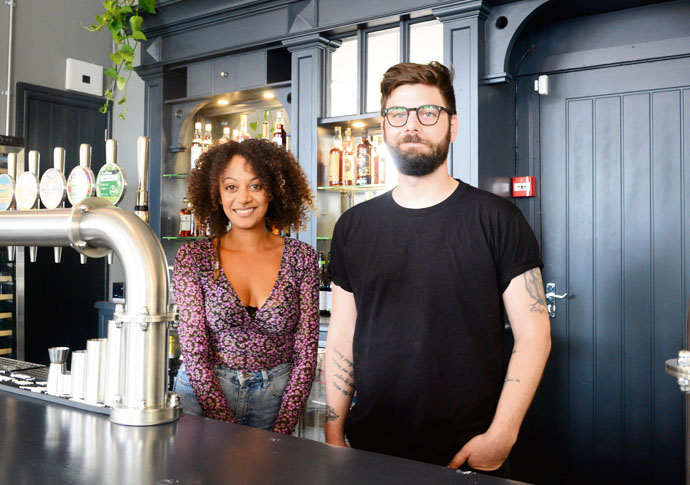 THE Archway Tavern’s new landlords are gearing up for the start of a new era after overcoming a long-running licensing saga to reopen the pub for business.

Famously pictured on the front cover of a Kinks album, and reputedly the scene of William Hill’s first placed bet, the pub in Navigator Square has effectively been closed since 2014.

Locals have since endured sporadic opening hours and an attempt to open a nursery on the site.

The pub, which has been taken over by the Archway Tavern Company Ltd, has had a makeover and there are plans to use the back rooms as an events space.

“It’s so exciting,” said bar manager Nichola Moses. “When we opened last weekend it was with no fanfare or marketing, and we were really busy. People were so delighted to see us finally open. 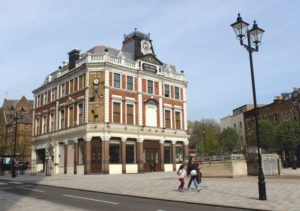 “It feels like the whole community has been waiting for this for a really long time.”

Stocked by breweries in Islington, Muswell Hill and Highgate, the managers say a real emphasis has been put on keeping things local, and on contributing to the community.

Bar manager Ian Broad added: “It’s what people want, and we’re really happy that we’re finally here to give it to them. We can’t wait to become a part of the community.”

Other future plans for the landmark pub include opening at 7am to allow home workers to use the pub as an office space, complete with breakfast.

Problems at the Tavern had stemmed from an umbrella licence shared with nightclub Koli upstairs, and another bar at the rear of the building.

The Tavern is set to permanently reopen its doors again from 5pm today (Friday).