The dark arts of nightlife

A new exhibition at the Barbican revels in the art of clubs and cabaret. Jane Clinton delves into the sometimes murky world of bohemian nightlife 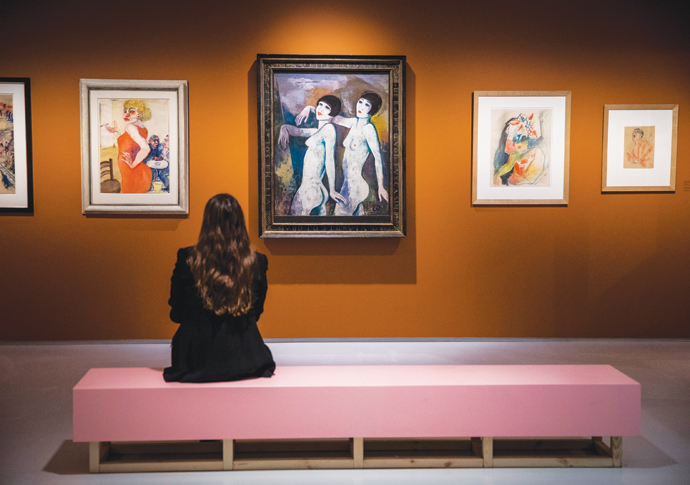 Into the Night, Cabarets and Clubs in Modern Art is at the Barbican Art Gallery. Photo: Tristan Fewings/Getty Images

IMPOSSIBLY stylish men and women lounge in smoke-filled rooms. Art surrounds them: Monet, Degas and Toulouse-Lautrec all have their work on display.

As well as the drawings by the artists of the day, the Montmartre venue was home to an eclectic mix of artefacts.

Faux-Gothic, Neoclassical and Japanese curiosities rubbed shoulders with whimsical art. Not surprising then that it was known as “the Louvre of the Montmartre”. 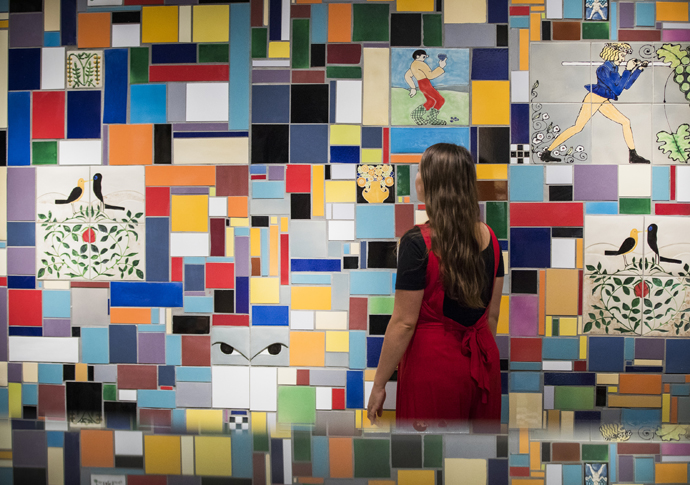 Among its regulars were the composer Erik Satie and the artist, Henri Rivière. It was here, on the third floor of the venue, that Rivière and his collaborators would create the fantastical shadow theatres.

Combining layers of hand-coloured glass sheets and zinc silhouettes the “stencils” would hang from the ceiling and create ever-changing shadows.

With its roots in theatre, pantomime and diorama it prefigured cinema. Its themes ranged from religious tales to fantasies as well as commentary on contemporary French life.

Also in Paris, but slightly later in the 1890s, was the Folies Bergère. Here, clientele were mesmerised by the Serpentine Dance of Loïe Fuller who experimented with costume, light and movement. Toulouse-Lautrec was so taken with her performances that he captured them in a series of delicately hand-coloured lithographs.

These are just two of the nightspots that are featured in the ambitious exhibition, Into the Night: Cabaret and Clubs in Modern Art, at the Barbican. 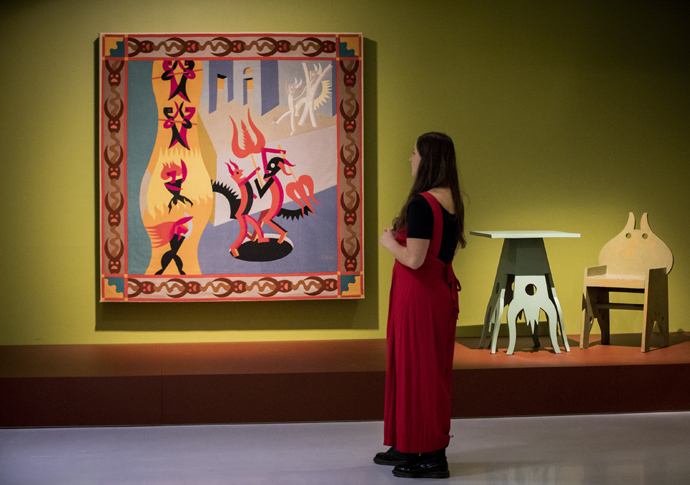 We are taken on a tour of more than 12 venues around the world including Berlin, London, Nigeria, New York, Strasbourg, Vienna, Mexico City, Rome, Zurich and Tehran.

As well as rooms dedicated to the venues there are several re-creations of aspects of some of them. There is that fabulous Chat Noir shadow theatre where you can get lost in the flickering shapes created by the cut-outs (and enjoy live music on certain nights).

There is also the extraordinary bar space of the Cabaret Fledermaus in Vienna (from 1907-13) lined with more than 7000 colourful tiles depicting fantastical motifs. (Again, on some nights you can enjoy a drink there).

More than just places of entertainment, these venues were a hotbed of artistic and creative endeavour and collaboration.

Outsiders, non-conformists and thrill­seekers would converge and create whilst enjoying the latest music or entertainment on offer.

Uninhibited by the social conventions of the day these clubs and cabarets were decadent places of liberation and experimentation. 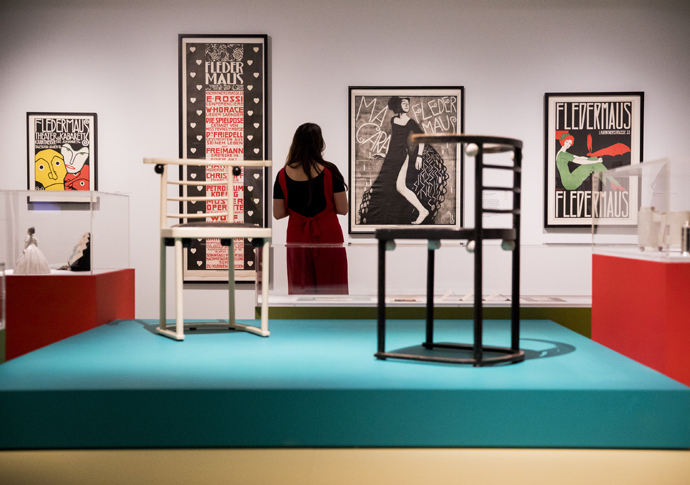 The arts flourished. Literature, design, art, music, dance and architecture all found new energy from these hangouts of the fast and the louche.

No discussion of cabaret could ignore Berlin and a highlight of the exhibition are the Weimar clubs of the 1920s and 1930s.

They emerged after the horrors of the First World War. We see caricatures of the flamboyant clientele by artists Max Beckmann and George Grosz.

Among the characters was the “New Woman”. Women in Germany had been granted the right to vote in 1919

She wore relaxed, masculine clothes and short, bobbed hair and was regularly documented by the many artists immersed in this vibrant world where the soundtrack was American jazz and drugs and alcohol were consumed. 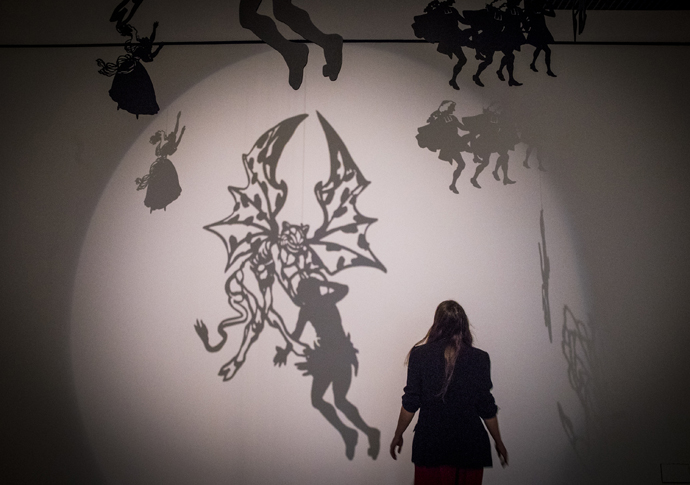 There was an air of hedonism with people partying hard as if they knew the prosperity was not going to last.

Closer to home, in London, the Cave of the Golden Calf, in Heddon Street off Regent Street, sprung up for two years (1912-14) just before the First World War.

Works by Spencer Gore and Wyndham Lewis were on display where the decadent and the rich bohemians mingled.

New York’s Harlem from the 1920s-40s was less rarefied, but it bore witness to the golden age of jazz.

The Cotton Club where many of the greats performed, launched the careers of, among others, Louis Armstrong and Ella Fitzgerald.

This exhibition is a vast and rich collection and repeated visits are recommended to take in the myriad gems on offer from the innovators like Josephine Baker and Le Corbusier to the Nigerian Mbari Clubs of the 1960s which became the centre of Nigerian Modernism. Writers, artists, actors and musicians would be drawn to the Mbari clubs. Mbari is the Igbo (the language of South-eastern Nigerians) word for “creation”.

Perhaps the spirit of these venues across the world is best summed up in the manifesto of the Cave of the Golden Calf. It promises “a gaiety that does not have to count with midnight” and “surroundings which, after the reality of daily life, reveal the reality of the unreal.”

• Into the Night: Cabarets and Clubs in Modern Art is at the Barbican Art Gallery, Silk Street, Barbican, EC2Y 8DS until January 19, 2020. See barbican.org.uk