The master butcher in an industry dominated by men

The Tribune last week published a special edition written entirely by women – but we had so many entries that there are more to share!

I STARTED working in 1974 as an assistant meat buyer, straight out of college.

What fascinated me by the meat industry was the people, the challenges. There’s a saying in this industry: it gets under your skin.

Either you last five minutes or you’re in it for life. I can’t say why it’s true but I know it to be true.

When I started working, women were not admitted to the Worshipful Company of Butchers – it was a male-only company until 1984.

But I am the third lady master: I feel a responsibility to the industry and to the younger generation.

I want to show them you can make your way in an industry that appears to be male dominated. If you’re starting out in an industry and looking at CEOs and thinking “I’ll never get anywhere like that” – I want you to know anything is possible.

I wasn’t even allowed to join this company when I started out, and now here I am 40 years later master of it.

But I’m only here because of the immense support and mentoring I’ve had from people in the industry.

I also do a lot of work with “Meat Women in Business” and am a great believer in trying to support others.

It’s tough out there for younger people generally. In the 1970s, I would walk into a meat plant (an abattoir) with a man and they would talk to the man, who would have to say “no, it’s her you need to speak to”. 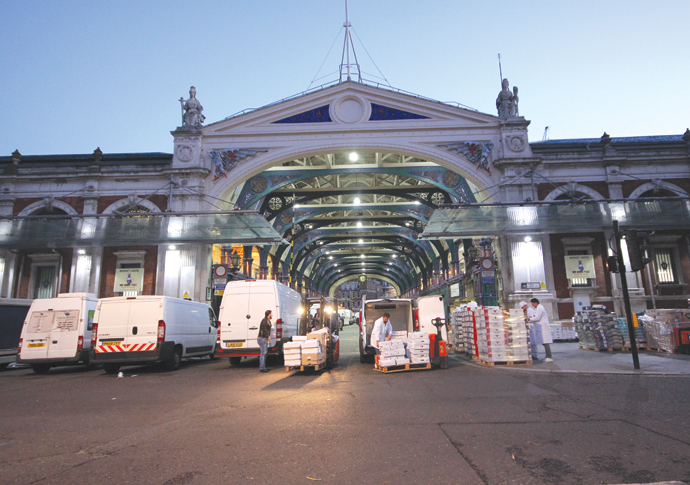 That was just what it was like in that era. Even now, people will say “oh really, you’re the master butcher?” The title doesn’t mean I can debone a carcass. I’ve never butchered. I’ve traded meat internationally.

I’ve seen changes at the meat market at Smithfield.

The Congestion Charge has impacted on the market. Workers tend to try and leave before charging kicks in.

They start in the early hours of the morning and leave at 6.30am, whereas they used to stay until later. It’s a night market.

It’s such an interesting place. In the 70s, early in the morning, due to the banter – if you went into Smithfield feeling grumpy you’d leave laughing, that’s if you could understand it, as half the time it was in Cockney rhyming slang.

We can trace our roots back to 975ad. One of the great things about the City of London is its history and Smithfield is a great part of that.

Covent Garden used to be the fruit and veg market of London ­– before that was moved out.

If you’re passionate about history then Smithfield is important to the history of London. I suspect in 100 years the significance of Smithfield will be forgotten because I don’t think it will be a meat market. It will be full of restaurants and shops – a commercial centre.

It’s evolution – it’s what happens, but it’s important to remember the history, and that’s what liveries do: they make that historical connection, which is very significant and will be going forwards.

• Margaret Boanas is only the third female Master of The Worshipful Company of Butchers, one of the oldest City of London Livery Companies, based in Smithfield