The moor the merrier!

On this week’s virtual ramble, Diary cruises through Little Venice, goes in to bat at Lord’s, and hunts for a bargain in St John’s Wood 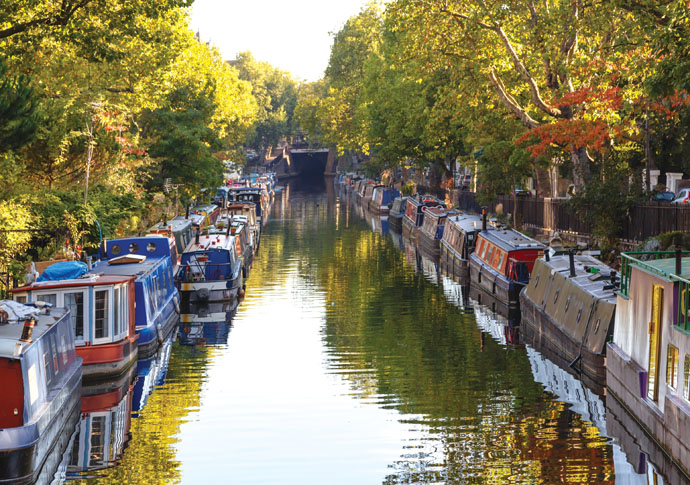 WE parted ways last week at the Warrington pub in Maida Vale, supping a beer and admiring the risqué friezes that decorate the walls. Let’s take up our walking sticks and sense of adventure once more, as we continue our virtual tour of Westminster…

Our first stop is at the end of Randolph Avenue, where we meet the stretch of canal dubbed Little Venice.

There has been some discussion as to why it has earned such a grand moniker. It is undoubtedly pretty, its homes mimicking the Nash terraces further east.

Some say poet and playwright Robert Browning, who lived there, coined the term back in the 1860s.

Not so, argued Lord Kinross in 1966, who reckons it had something to do with Lord Byron.

Further research suggests there was no reference to Little Venice until after the Second World War, kiboshing both attractive theories.

Whatever the reason, its barge spots are much sought after: Richard Branson had a boat on this stretch for years and apparently still pays his mooring fees. 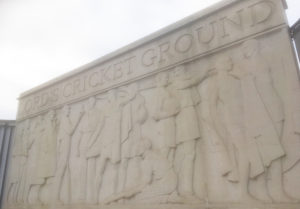 Now let’s cross the upper ends of Edgware Road and seek out one of the best-looking pubs in London: the former Crown Hotel in Aberdeen Place.

Designed by architect Charles Worley, no expense was spared by the developer, Frank Crocker. They really went to town: using 50 different types of marble, chiselling out playful cherubs, shipping in stacks of wooden panelling, commissioning yards and yards of stained glass – it was a gin palace on acid.

Crocker’s investment turned on a tip he got that said a new terminus of a major railway station was about to be carved right on its doorstep – so it seemed worth a punt.

But disaster struck when the board of the Great Central Railway changed their minds and no trainloads of guests appeared.

It suffered a chequered history for decades.

Dubbed “At Risk” by English Heritage by the 2000s, it has recently become a Lebanese restaurant – and changed its name to Crocker’s Folly.

A few steps away, we shall pause to gaze upon Lord’s cricket ground: built by Yorkshireman, groundsman and journeyman bowler Thomas Lord, it was his third attempt at creating a home for the game. His first was in Dorset Square, but it did not last as the land was too valuable as housing. His second fell foul of the Regent’s Canal, which was built right through the wicket. The current site also nearly succumbed to London’s sprawl – he was offered a good whack by developers, but thankfully for cricket’s heritage, he did not succumb. 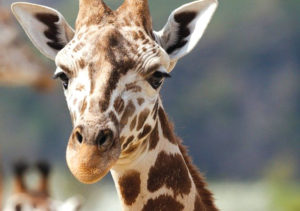 And so we find ourselves back in “Boscom Prioris Sancti Johannis”, as St John’s Wood was named in the 1200s, when it was the property of the Order of the hospital of St John of Jerusalem.

Let us walk down that chi-chi St John’s Wood high street, where people in expensive cars seem to revel in double parking as they pop out for something caffeine fuelled and topped off with skinny milk, and where the Queen buys her Rigby and Peller underwear.

It is said the street’s Oxfam is the best place in London to buy a cheap second-hand designer suit – but we shall ignore the one-owner Armanis in the window, and head to Harry Morgan’s for a nosh-up. Nosh, of course, being Yiddish for grub – and fitting to use in this case, as Morgan’s specialises in the type of food Jewish immigrants brought to London and New York. Morgan’s has been peddling such delights since 1948. It has become famous, not just for its bizarre take on borscht – the beetroot soup in which floats one lonely potato – nor its excellent latkes or salt beef, but for its waiting staff and clientele. Everyone there seems to have a tale to tell and such a fact formed the basis of a play by writer Nick Grosso, which had a Royal Court run 20 years ago.

From here, we pop into Regent’s Park and wander through the zoo. The stories that Diary could share here include Jumbo the elephant – whose name has come to mean big – or the story of Charles Darwin and Jenny the orangutan.

Instead, let us consider the yarn of John Slater.

Slater was a Royal Marine commando and is believed to be the only person to have walked from John O’Groats to Land’s End wearing his pyjamas and in his bare feet (his labrador, Guinness, was kitted out in doggie walking boots).

Interested in panda conservation, he offered to spend six months in a cage in London Zoo as a human exhibit, an offer they “foolishly declined,” he said.

And on that note, we shall have a cup of tea and gaze at the giraffes, who are still in the home the Victorians built for them.

Till next time. Stay well, and stay safe.