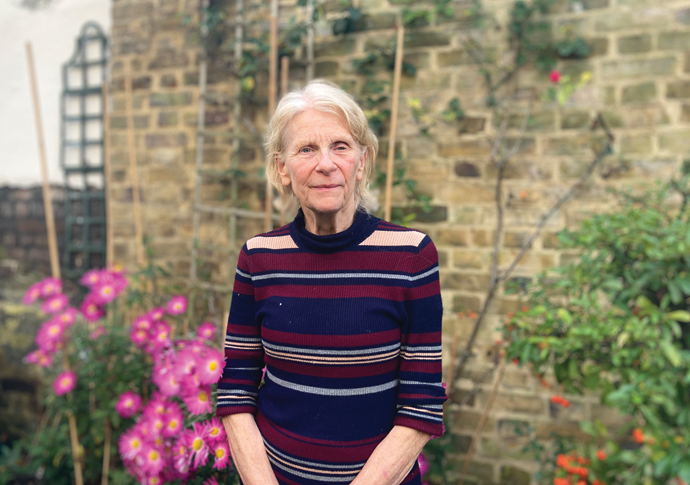 THE founder of a theatre company is looking to stage plays in schools as a way to teach history.

Kate Glover founded the Historia Theatre Company in 1997 and it became a registered charity in 2003. She has lived in Cloudesley Square since 1993.

“It is so difficult to get into schools because the poor teachers are so, so busy but when we do, we get very good feedback from the children and teachers,” said Ms Glover, who used to teach at Bradford Girls Grammar School and currently teaches English as a foreign language part-time alongside her theatre duties.

Ms Glover said: “People like a good story and in a funny way real stories are often more interesting than fiction. I have tried hard to keep it accurate. The last thing I want to do is put a history lesson on stage. My idea is to put entertainment on stage, to entertain them and engross them and as a byproduct they might learn something from the period.”

Ms Glover said she is fascinated by the Tudor period and has devoured all of Hilary Mantel’s books.

“We started working with anniversaries and in a way it helps because already these anniversaries are in the public mind a bit so we latched on to those coattails.”

In 2007, the theatre company put on a play about the abolition of the slave trade which was 200 years earlier. In 2014, they staged a production marking 300 years since the death of Queen Anne.

Historia Theatre Company’s newest production, Mayflower, written by Kate Glover and directed by Kenneth Michaels, commemorates the voyage of the “Pilgrim Fathers” in 1620.

She said: “I wrote this play in January last year because of course last year was the correct anniversary for it. We were set to do a tour almost a year ago. Up until about two or three weeks before it was clear we were not going to be able to do it even as a rehearsed reading so what we did was put it on Zoom.”

Mayflower tells the story of the ship that crossed the ocean from Plymouth, England to Plymouth Massachusetts 400 years ago.

“The way I see the Mayflower is as a struggle. It is about people coming up against horrendous odds. These stories actually happened. People somehow got through them and I suppose we can learn from how other people have endured or succeeded in living through difficult experiences.

“Leaving behind your friends, your family, your home and everything you know must have been extraordinary. Some of the storms were horrendous but they were very lucky because they had a wonderful captain who steered them through what was appalling dangerous rapids.”