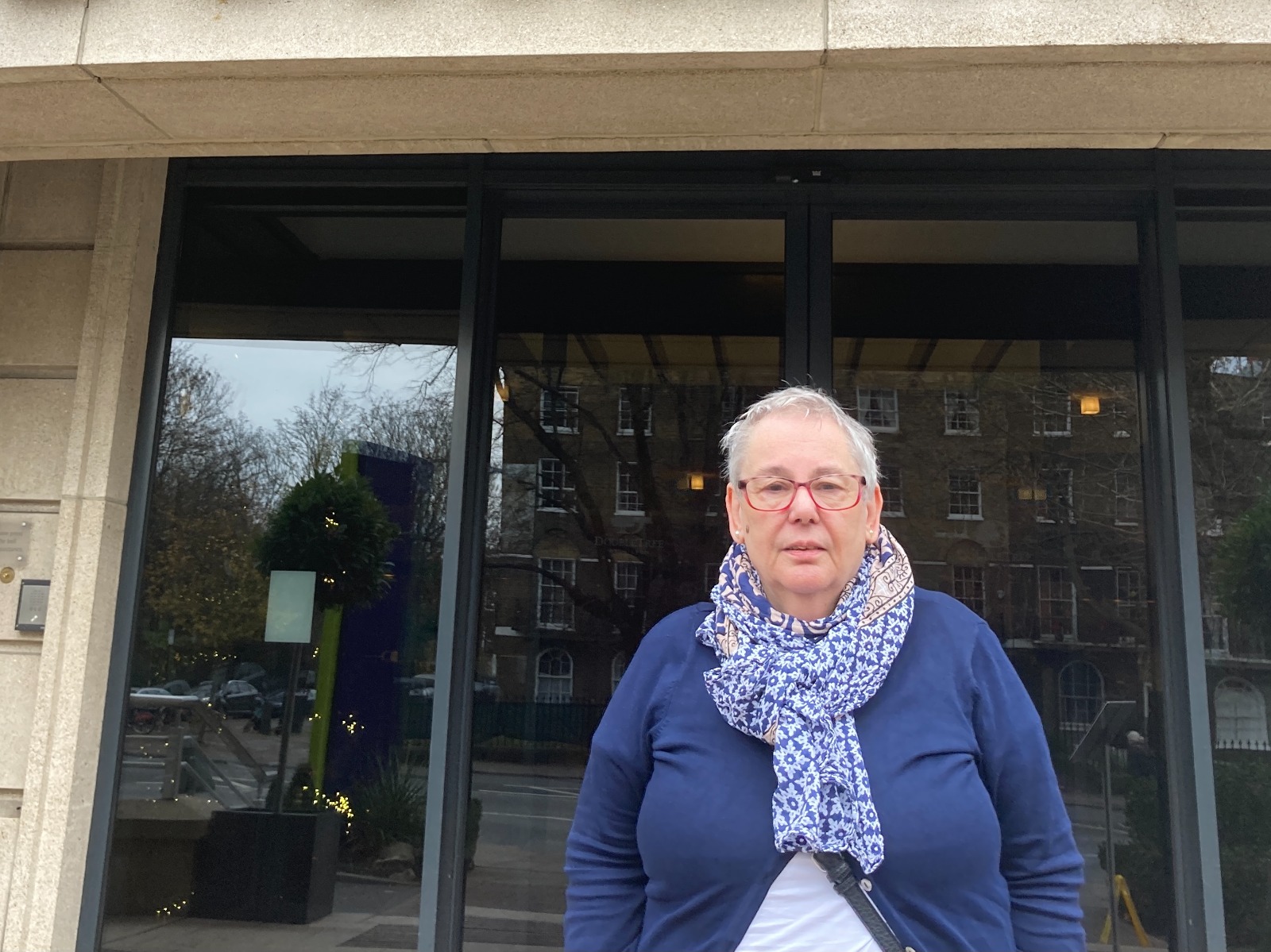 RESIDENTS who were moved out of their leaking home by a housing association have spent four months living in a hotel room.

They had originally been told by the Clarion housing association that the measure would be for a fortnight while repairs were made.

Elaine Shapiro, 71, and her husband were among residents moved out of the Hawberry Lodge retirement complex near Caledonian Park in July.

Leaks from the building’s pipes had become so severe that Ms Shapiro’s home was bristling with “very, very toxic black and green mould,” she said.

She added that she was told by a senior supervisor in May that “we needed to decant immediately”, adding: “We were told the ceiling could come down at any second.”

Ms Shapiro and her husband checked into a hotel in Pentonville Road – Clarion is covering the cost, while the couple carry on paying their normal rent.

At the time, Clarion assured residents it would be a short stay, sending a letter which said: “Work could take approximately two to three weeks per flat.”

But Ms Shapiro and her husband were still living in the same hotel room this week, four and a half months since they were first moved out of their home.

They have recently been sent another letter informing them work may take four or five months to be completed.

Both Ms Shapiro and her husband have health problems that require a special diet. But without a kitchen or any cooking facilities, they have been eating from room service every day.

“It’s hotel food,” Ms Shapiro said. “Nothing wrong with the quality, but it’s not healthy. It’s not a good lifestyle because it’s burgers, fish and chips, pies, things like that. It’s the kind of food that you do when you’re on holiday. It’s not what you would eat at home.”

She added: “I haven’t had problems for years, because I manage [my health problems] at home by sticking to my diet. But now they’ve emerged again, and my medication has been increased. In the last six weeks, it’s started to deteriorate again.”

Ms Shapiro said the problems that eventually forced Hawberry Lodge occupants to decant were “completely avoidable” as residents had first reported leaks to the association in 2016.

Last week, Ms Shapiro informed Clarion she was sharing her experience with the Tribune. This week the housing association contacted her to say they had found her some new accommodation with a kitchen.

While Ms Shapiro is relieved to be leaving her hotel room, she still wants her story to be told.

“Some of the damage they’ve done, it’s a little bit irreversible. It’s had a big impact on us,” Ms Shapiro said.

“When you’re older, you deteriorate, you don’t get younger. When you’re in your 70s and 80s you don’t have time to waste in a hotel.”

Islington housing chief Councillor Diarmaid Ward said: “I have been in contact with Clarion about the situation at Hawberry Lodge since May 2021 but progress is frustratingly slow.” He added: “I have asked Clarion to clarify the level of compensation being offered to residents for this prolonged disruption.”

A Clarion spokesperson said: “Whilst a number of repairs have been carried out at Hawberry Lodge, the scale and complexity of the work to resolve the current issue means it has taken longer than originally anticipated and we apologise for this.

“We absolutely appreciate this is not an ideal situation, especially over the festive period, but it is very important that we resolve this issue fully before residents move back.

“Our team has been working with each resident to provide a full package of support which meets their individual needs, including offering alternative permanent accommodation.” The housing association also said it was paying for food “including hotel meals, food vouchers or reimbursement for the cost of meals outside the hotel.”