They’re back, right on cue! 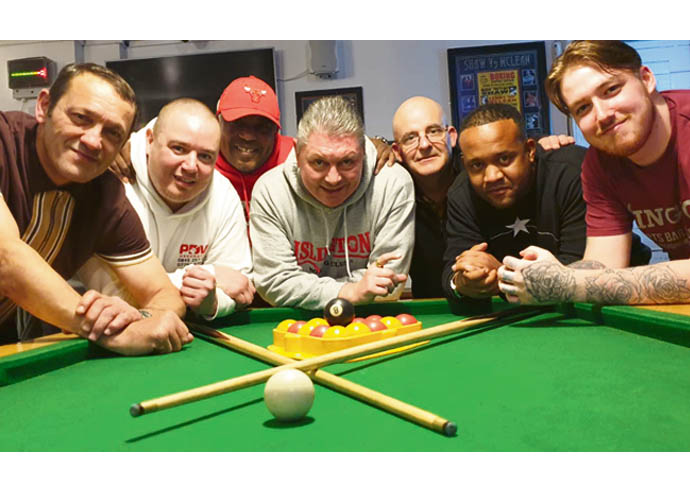 THE area’s top potters will be cueing up at the tables on Monday night following a big break in Camden and Islington’s premier pool league.

Close to 300 players will once again be battling it out on the green baize when the Chalk Farm Pool League hosts its first competitive matches in more than 18 months.

Grassroots sport was postponed and cancelled in unison during the pandemic, but few were hit as hard as pool, as pubs and bars removed their pool tables in a bid to create extra much-needed space for social distancing.

League chairman Shaun Pollard insists that “the fear of gentrification sinking the sport” has been around a lot longer than the coronavirus.

He added: “We have a number of players who are vulnerable, so as soon as the government announced the first lockdown, back in March 2020, we acted quickly to shut down the league, and we haven’t played a single game since.

“But we were never worried that the league wouldn’t start up again. We knew it was just a question of patience, and waiting for a successful vaccination programme that would allow us to get back to the table. Finally that time has come. Everyone is really excited to be back.”

The league returns boasting 22 teams, each of which can have a maximum of 12 players. There are even four new teams in the mix, including the Islington Sports Bar in Holloway.

But the landscape of a league that started back in 1978 will look very different when it gets back underway, with some big teams missing.

Pollard explained: “Gentrification has always been the biggest risk to sports like pool, snooker and darts.

“We’ve seen more and more pubs wanting to become like restaurants, and focus on serving food and expanding their seating areas. When that happens pool tables are often the first thing that go.

“If you look around, there’s only two snooker clubs left in this part of the world, namely Hurricane Room in King’s Cross and Cousins in Holloway – the rest have long gone.”

Looking ahead to the 2021 pool season and beyond, Pollard, who plays for the Northumberland Arms, added: “There’s still a great love for pool in Camden and Islington. Thanks to the support of a number of bars and pubs, the Chalk Farm Pool League is returning stronger than ever, and we’re about to start what will no doubt be a captivating campaign.”