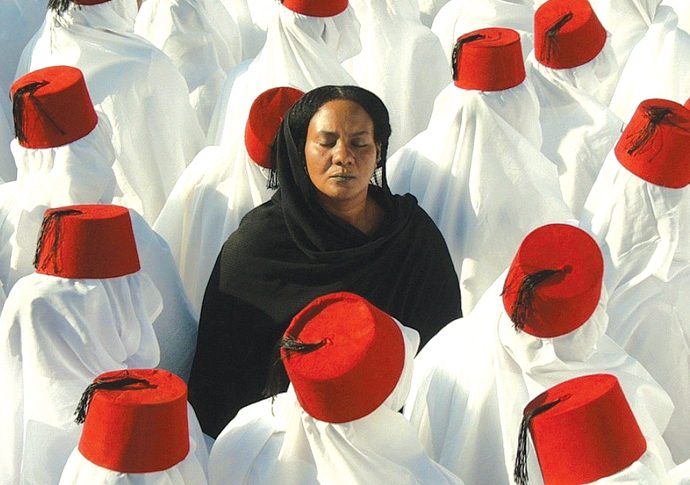 YOU WILL DIE AT TWENTY
Director: Amjad Abu Alala
Certificate: 12a
☆☆☆☆

THE power of faith – and the difficulty understanding beliefs held by others if you do not yourself believe – is a question thoughtfully raised by director Amjad Abu Alala in this story of how life is shaped by such cultural forces.

He has created a strong message of the myriad of ways of seeking a personal truth.

Based on a short story by Sudanese author Hammour Ziada, we are introduced to Sakina (Islam Mubarak) as she takes her new-born baby to visit a Sufi holy man.

As the religious man proceeds with the rites of marking the boy’s birth, one of his congregation has a very public vision that Muzamil (Mustafa Shehata) will die when he reaches his 20th birthday.

This fate seeps into the family: his father Alnoor (Talal Afifi) cannot face the hand of death apparently hovering and moves to Addis Ababa, leaving his overprotective mother.

Muzamil is ostracised by his community – he is called The Son of Death.

Yet as the years go by and his apparent fate approaches, a new arrival in the area offers an escape. Suliman (Mahmoud Maysara Elsaraj), is a film-maker and finds Muzamil interesting. In return, he teaches the teenager about the power of storytelling and film, giving him a new angle to look at life from.

Director Alala said he wanted to look at how an adherence to a religious belief can be manipulated by others.

“The film addresses the extent to which a strong belief can really affect people’s lives and the way this is sometimes used politically,” he says.

“The Sudanese government of al-Bashir used Islam to shut everyone’s mouth. When you say, ‘God says’, no one talks any more. My film is an invitation for freedom. Nothing and no one can ever tell you: this is your destiny, it is written somewhere. You have to decide for yourself what your life will be.”

A gentleness to the conflict at the centre of the story is helped by the sense of realism of the leads, who face an intractable problem of understanding why they view the world in the prism shaped by their surroundings and those who came before them.

It is also beautiful. The locations offers a landscape that like religion, has inspired people as well as frightened them.