Who’s been making the news round your way this week? 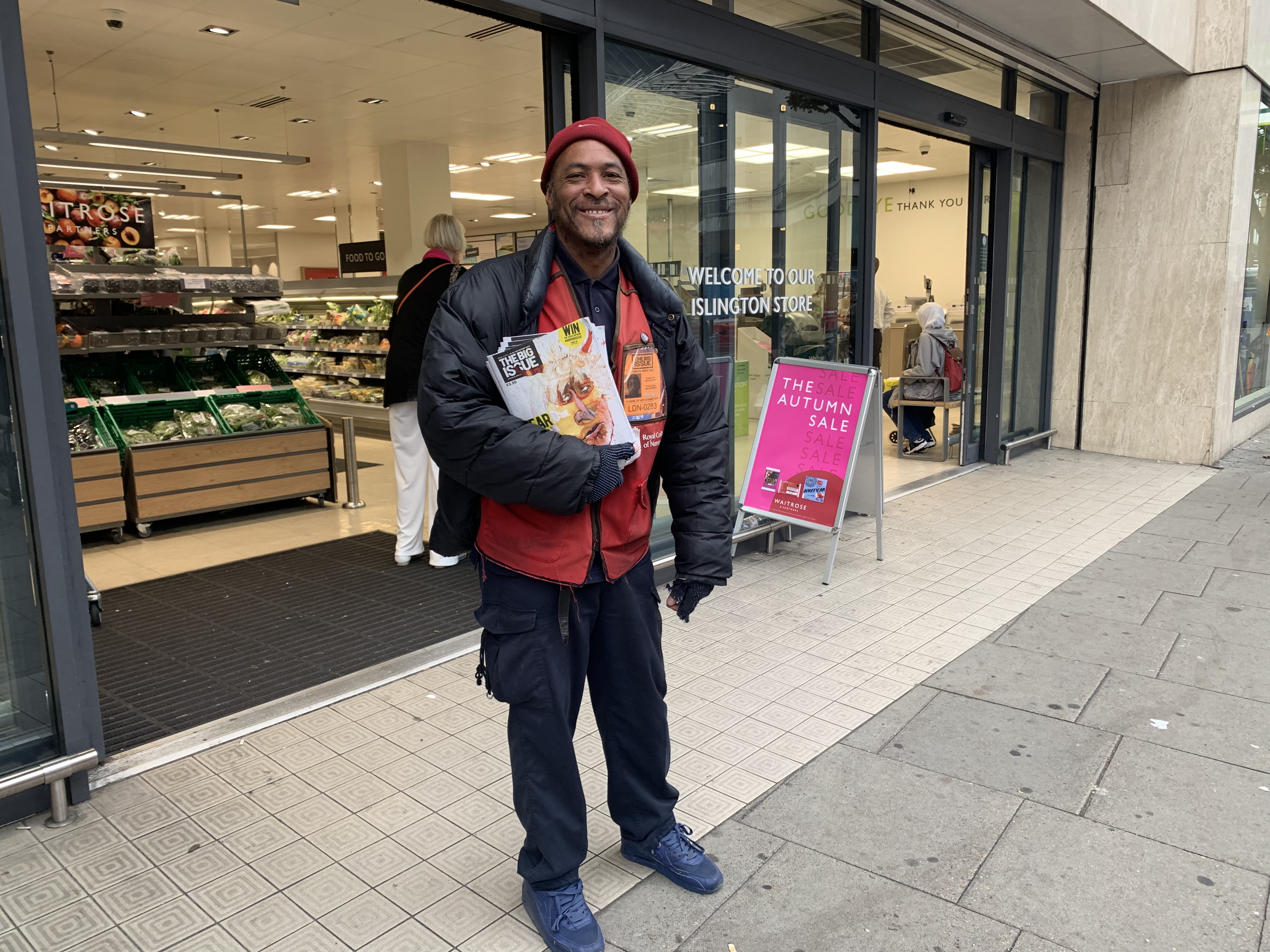 Regulars at the Liverpool Road Waitrose and Sainsbury’s will be familiar with the rhythmic sounds of Tony Mitchell selling The Big Issue. The 56-year-old has been there for decades calling out “Big big big big Issue” in a kind of rolling rap style.

He said it is his trademark sound that scores of teenagers and children have tried to imitate over the years. But Tony has a complicated relationship with music. In his younger days he tried to start up a music label with his friends called Majesty Studio. He invested everything he had, but it fell through.

“Before I knew it, my money was gone and I was out on the streets,” he says. “I was there for a couple of months, then The Big Issue came along and I dived on that and I haven’t looked back. The Big Issue has done me well.”

Tony, who grew up around Angel and went to Philip Magnus School in Penton Rise, is now looking to save up cash and reboot his record label. Until that takes off, he will continue to cheerfully flog The Big Issue.

“Islington people are not easy to sell to,” he said. “You have to earn your place and become a regular face. I’m all right because I have done my time. I’ve now got men and women with kids coming up to me saying that they remember me when they were kids.” 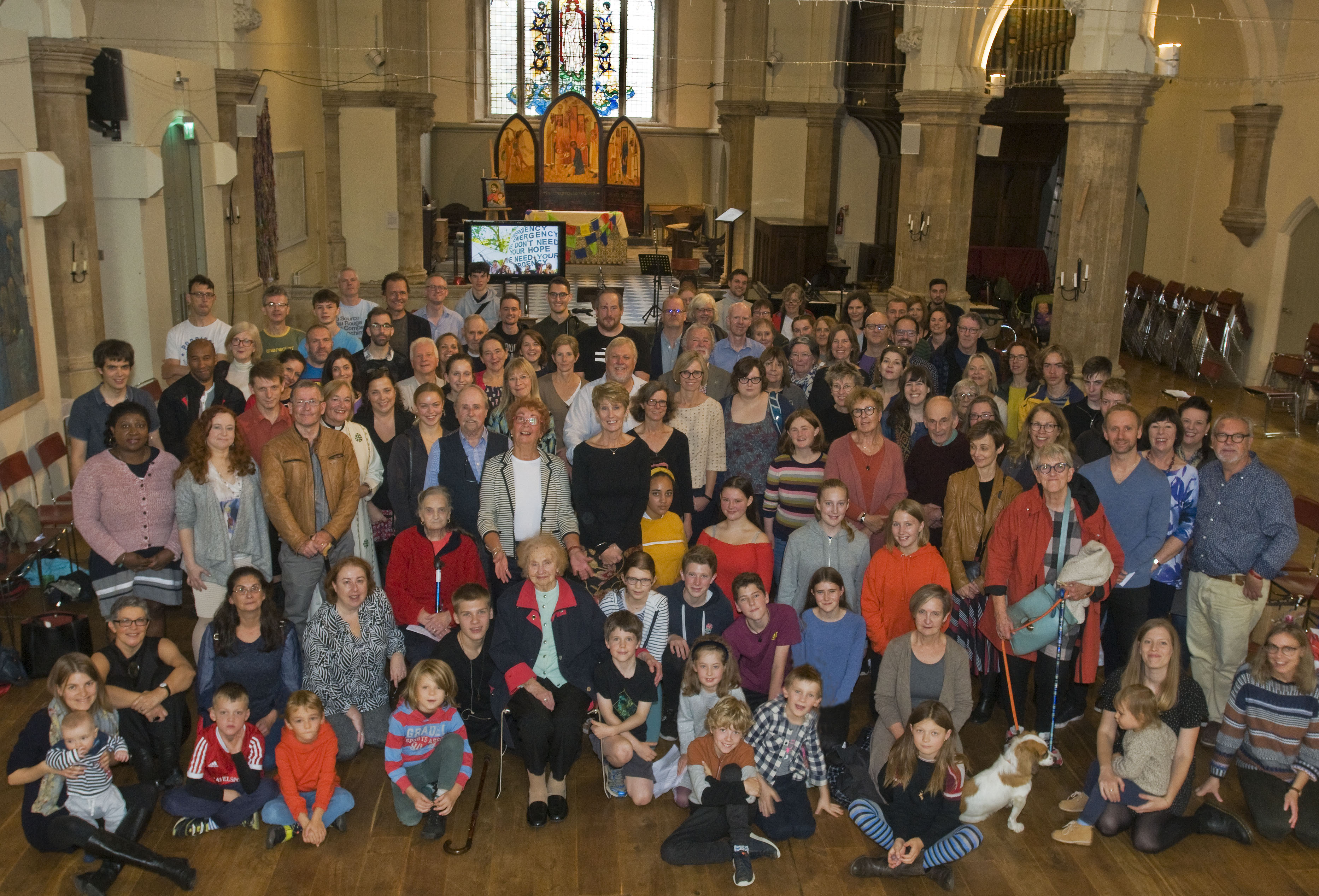 The longest-serving member of a church congregation in Holloway has celebrated her 99th birthday with 100 people in attendance.

Ivy Hague, 99, has been attending St Luke’s Church in Hillmarton Road for more than 30 years.

“It all started when my sister’s grandson, Gary, had a speech problem and started going to St Luke’s to help him with his speech,” she says. “One day he said ‘Nan, can you come too?’ His speech soon improved and he’s OK now. He was baptised at St Luke’s and he was married at St Luke’s.”

Ivy made life-long friendships with Cissy and Doreen at St Luke’s – they all sat in the front row every Sunday. A painting of the three friends by artist Meg Wroe hangs in the church’s chapel room.

“It is a lovely church,” says Ivy. “If you have any problems, they come round straight away. Or if you need someone to talk to. There is always somebody there to help you.”

Ivy was born in Ashburton Grove, now the Emirates Stadium. She married her husband Bill, who was in the army, at St Barnabas church – on the site where the Sobell Centre in Holloway is today.

She worked all her life in playcentres in Islington schools and retired when she was 60 after a stint at Copenhagen Primary, where she took up work as a lollipop lady for three years after retirement.

Ivy now lives alone in Hilldrop Crescent and has frequent visits from her nieces.

“I think if you can manage on your own you should try,” she says. “I have my nieces to help. I think the trick is, don’t give up. When my husband died I didn’t give up, I carried on. My husband would have liked me to do that anyway. I am lucky.”

All the congregation at St Luke’s Church helped celebrate Ivy’s 99th birthday on September 29 with cards, cakes and singing. 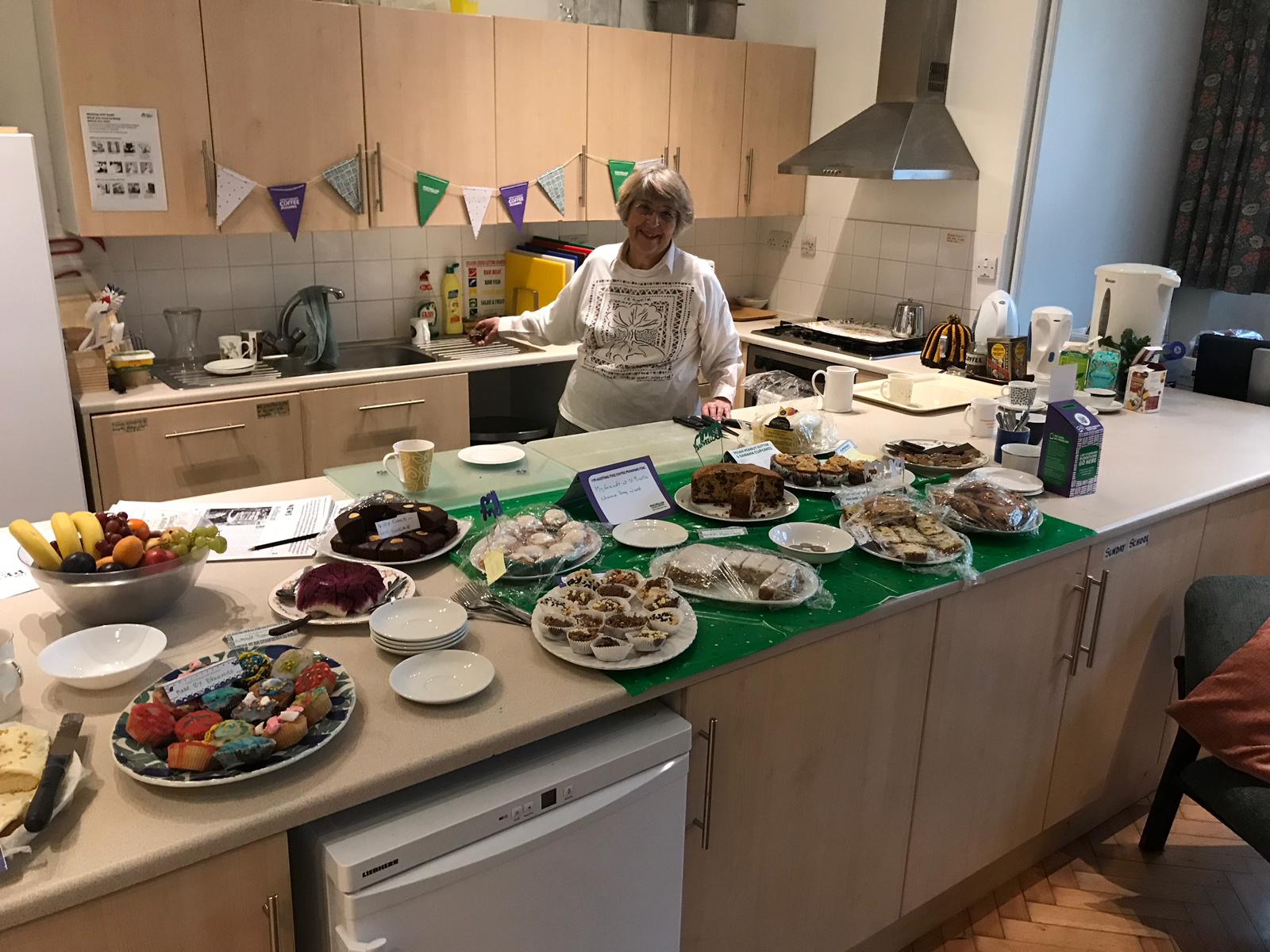 A church in Clerkenwell has raised £270 for charity. The coffee morning last Saturday had home- made cakes and biscuits on sale in the parish room, raising money for Macmillan Cancer Charity.

Visitors to St Mark’s Church in Myddelton Square also bagged bargains at the “New To You” shop selling clothes, books, toys, bric a brac and games.

Jill Courtnell, from the Myddelton Square Association, said: “It was a fantastic day and a fantastic amount raised.”

The New To You shop is open at the back of the church every Saturday from 10am. Money raised goes to various charities and the upkeep of the 19th-century church.