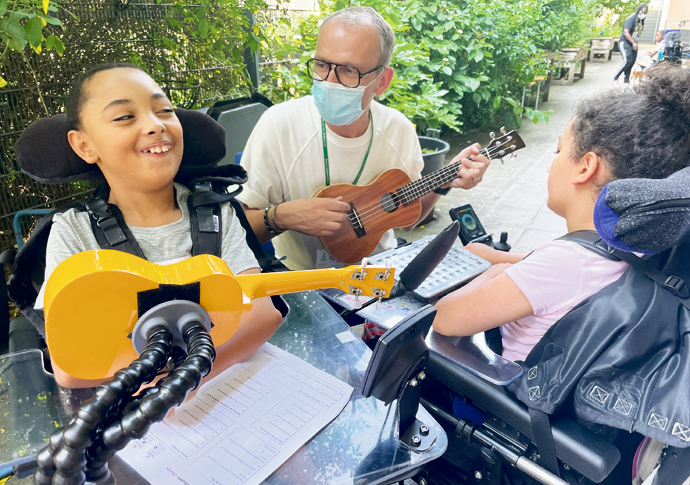 A SCHOOL leader has told how he looks for “kindness” when recruiting new staff after being named the borough’s “headteacher of the year”.

After accepting the gong, Francis Gonzalez, headteacher at Richard Cloudesley School in Clerkenwell, said: “It is a really nice end to a challenging year.

“The award shows recognition of my staff who worked equally hard in all kinds of ways. As a special school, it is also really nice to get some recognition from the local authority for what we do for the borough.”

He added: “At the beginning [of the pandemic] when we first went into lockdown it was quite scary and overwhelming. We all had our own families to deal with on top of the school community, but actually what happened was we found it an opportunity for the staff to shine.

“Whilst I would never want the pandemic repeated, it was actually a chance to see the best of the school. We were calling our families every day, we were delivering medication for them, we had admin staff delivering food – it really solidified the community.” 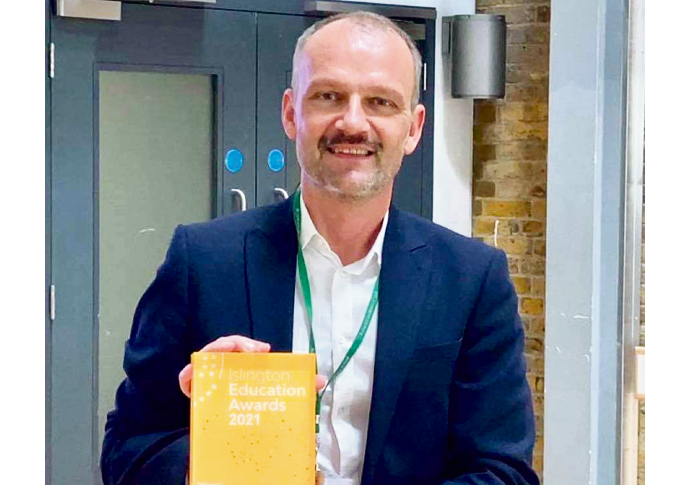 Mr Gonzalez with his award

Richard Cloudesley is a school for children aged 2 to 19 years old with complex physical disabilities and additional sensory needs. They travel from across 14 different boroughs to the primary site in Whitecross Street and the base for secondary pupils in Prebend Street.

Mr Gonzalez said: “It can be quite hard to have a relationship with the families because of this. But we were having video calls and it cemented a relationship between the staff and families.

“To not go out to pick up medication must have been a nightmare.”

Mr Gonzalez has been at the school for 15 years and became its headteacher in 2014. 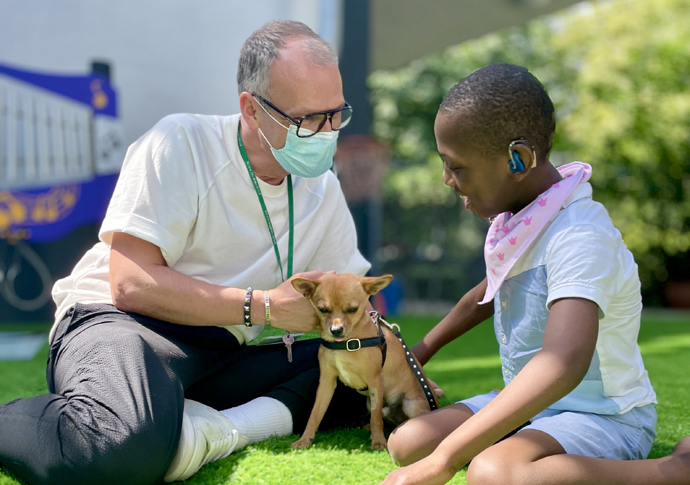 He said: “I am proud of the fact that we have created a culture that has the right balance of education and care. We are a school that cares. What is important to me and what is important to the school is we are kind – it is necessary because everyone is fighting some sort of battle. When I interview people, I look for kind people. There are skills you can teach but what you need to have is values. It is absolutely about values and principles.”

The awards are supported by Islington Council, whose leader Cllr Kaya Comer-Schwartz said: “It’s an honour and a privilege to have the opportunity to celebrate Islington’s inspiring teaching and support staff, who have risen admirably and continued to educate and nurture our young people through the profound difficulties that the pandemic and government action has forced on them.”

WINNERS! All of this year’s awards