Del Brenner: Tributes to champion of the city’s waterways 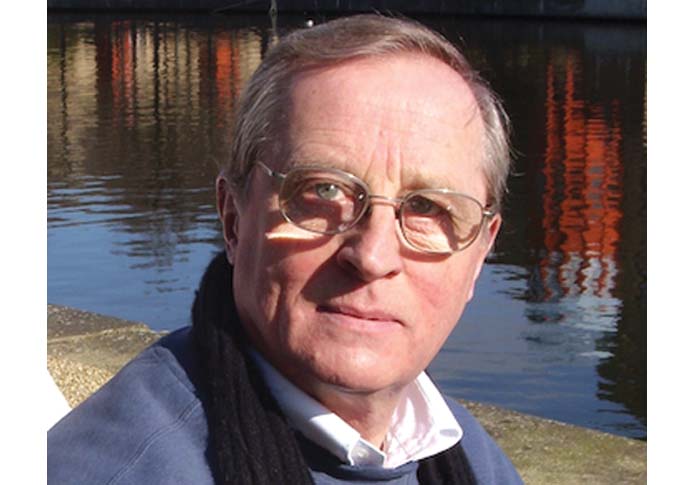 TRIBUTES have been paid to a campaigner who championed London’s canal network – and had an encyclopaedic knowledge of the history and the stories behind the waterways.

Del Brenner, a conservationist and history buff, died two weeks ago after falling ill over Christmas. The 79-year-old had been diagnosed with stomach cancer.

He had been loved for his evergreen defence of the canals, and even suggesting new uses for them.

Fellow enthusiast Leo Chapman said: “Del spent almost a generation trying to keep the Regent’s Canal from the depredations of property developers, and poor decisions of the Canal & River Trust and municipal councils. He was indefatigable and had accumulated a vast knowledge.”

Mr Brenner had run a printing business and worked as a graphic designer. He lived close to Camden Lock for many years.

But he was known in these pages and by those up and down the waterway for his love of the canal. A key figure in the Regent’s Canal Conservation Area Advisory Committee, he campaigned to maintain and preserve the historic waterway.

He also promoted ideas to ensure they were used for freight and campaigned for big construction projects to remove spoil on barges instead of heavy lorries.

Mr Chapman said: “I remember going up with Del to the North London Waste Authority’s plant at Edmonton and our surprise at seeing a canal right beside it and a line of dustcarts waiting to deposit their loads in the furnaces.

“Of course, the rubbish could have been transported by north London’s canals, just as it is in Venice, instead of being brought there by the giant, roaring behemoths that so clutter the roads.”

He added: “There are glimmers of progress for canal use for waste transport. It is a great pity that Del has not lived to see what will be such a major development.”

Mr Brenner’s other passions included classical music. He was a keen singer, per­forming in the 1960s and 1970s with the Royal Choral Society and the Bruckner-Mahler Choir – he sang at the investiture of Prince Charles in 1969 at Caernarfon Castle in Wales.