Turn over a new leaf

It looks like 2022 will be a bumper year for books. Here’s Lucy Popescu’s selection of new titles to be released in the coming months 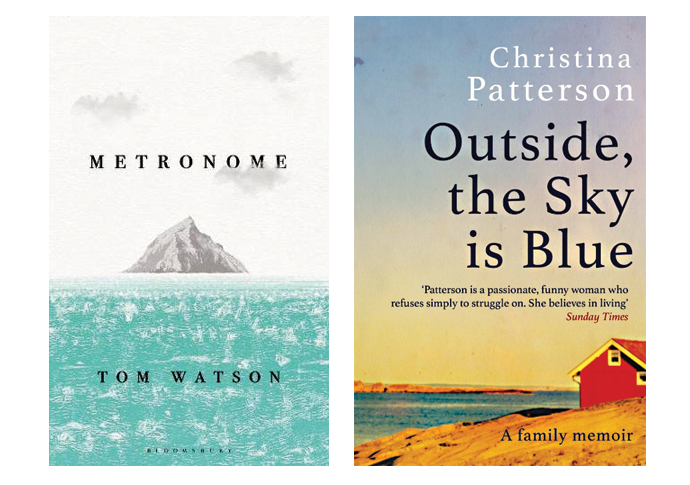 Louise Welsh’s The Second Cut (Canongate) is a detective story with shades of gothic that explores the dark side of 21st century Glasgow. When an old friend, Jojo, gives auctioneer Rilke a tip-off for a house clearance, life seems to be looking up. The next day Jojo washes up dead.

Polly Crosby’s The Unravelling (HQ) follows Tartelin Brown, who accepts a job with a reclusive butterfly researcher, but quickly discovers that the landscape holds more secrets than just the winged wildlife. It’s about nature, the wilderness and mankind’s impact on it.

In Love Marriage (Virago) Yasmin Ghorami has a lot to be grateful for: a fledgling career in medicine and a charming, handsome fiancé, fellow doctor Joe Sangster. Monica Ali’s first novel in a decade is about two people from different cultures trying to understand one another and surmount the tensions within their families.

Christina Patterson’s bittersweet memoir Outside the Sky is Blue (Tinder Press) is about growing up, living with mental ill health and cancer and losing a family.

In The Power of Regret (Canongate) Daniel H. Pink draws on psychology, neuroscience, economics and biology to identify the four core regrets that most people have. He suggests ways we can transform our regrets into a positive force for working smarter and living better.

In Tickets for the Ark (Profile) Rebecca Nesbit explores the trade-offs made in conservation. She asks what should we conserve and why? And what do we want the “natural world” to look like?

Alex Hyde’s debut novel, Violets (Granta), about female courage in the dying days of the Second World War, promises to be a poignant read and will be BBC Radio 4’s Book at Bedtime.

In Tom Watson’s debut novel, Metronome (Bloomsbury), Aina and Whitney are tethered to the remote croft where they’ve been exiled. Whitney decorates the landscape with extraordinary sculptures, Aina turns to music. When their parole arrives without release, Aina starts to question everything she has taken on trust, including Whitney.

Don’t Ask The Dragon (Canongate) the first children’s book from Lemn Sissay, illustrated by Greg Stobbs, is about the adventure of a little boy called Alem. It’s his birthday, but where can he celebrate it? Maybe the bear, the fox, the treefrog or the bulldog know? But don’t ask the dragon… he may eat you!

I loved Catriona Ward’s gothic debut, Rawblood, and am looking forward to her latest, Sundial (Viper) a twisty psychological horror novel. Rob has a husband, two kids, a house in the suburbs. Her oldest daughter, Callie, collects tiny bones and whispers to imaginary friends. Rob decides to take Callie back to Sundial, her childhood home, deep in the Mojave Desert.

In Okechukwu Nzelu’s novel, Here Again Now (Dialogue), Achike Okoro’s acting career is taking off, he’s persuaded his father, Chibuike, to move in with him and his best friend Ekene is coming to stay. But after a magical night, when Achike and Ekene come within a hair’s breadth of admitting their feelings for each other, a devastating event rips them apart.

Colm Tóibín’s first collection of poetry, Vinegar Hill (Carcanet Poetry), explores travel, sexuality, religion and family and is sure to cause a stir.

Gurnaik Johal’s debut novel, We Move (Serpent’s Tail) follows multiple generations of immigrants in London. He interweaves the past and present, the local and global, to illustrate the surprising ways we come together.

Louise Hare’s latest murder mystery, Miss Aldridge Regrets (HQ) is set on board the Queen Mary in 1936. Lena Aldridge sings in a sticky-floored basement club in Soho and her married lover has just left her. She has nothing to look forward to until a stranger offers her the chance of a lifetime: a first-class ticket on the Queen Mary and a starring role on Broadway.

In Witness by Alex Wheatle (Serpent’s Tail), Cornell has been kicked out of secondary school for a fight he didn’t start and finds himself in a pupil referral unit. Here he makes friends with Ryan who wants Cornell to help him teach another student some respect. Part of the Quick Reads series for adults improving their literacy, Wheatle’s story provides a valuable insight into gang violence.

Michael Arditti often features in these pages. His latest book, The Young Pretender (Arcadia), transports us to the world of theatre in Georgian England. Arditti reimagines the brave comeback of child actor Master William Betty. As he seeks to relaunch his career, Betty is forced to confront painful truths behind his boyhood triumphs.

Ali Smith is back with another state-of-the-nation novel, Companion Piece (Hamish Hamilton), a celebration of companionship in its timeless and shapeshifting forms.