University cleaner went to work with a broken foot 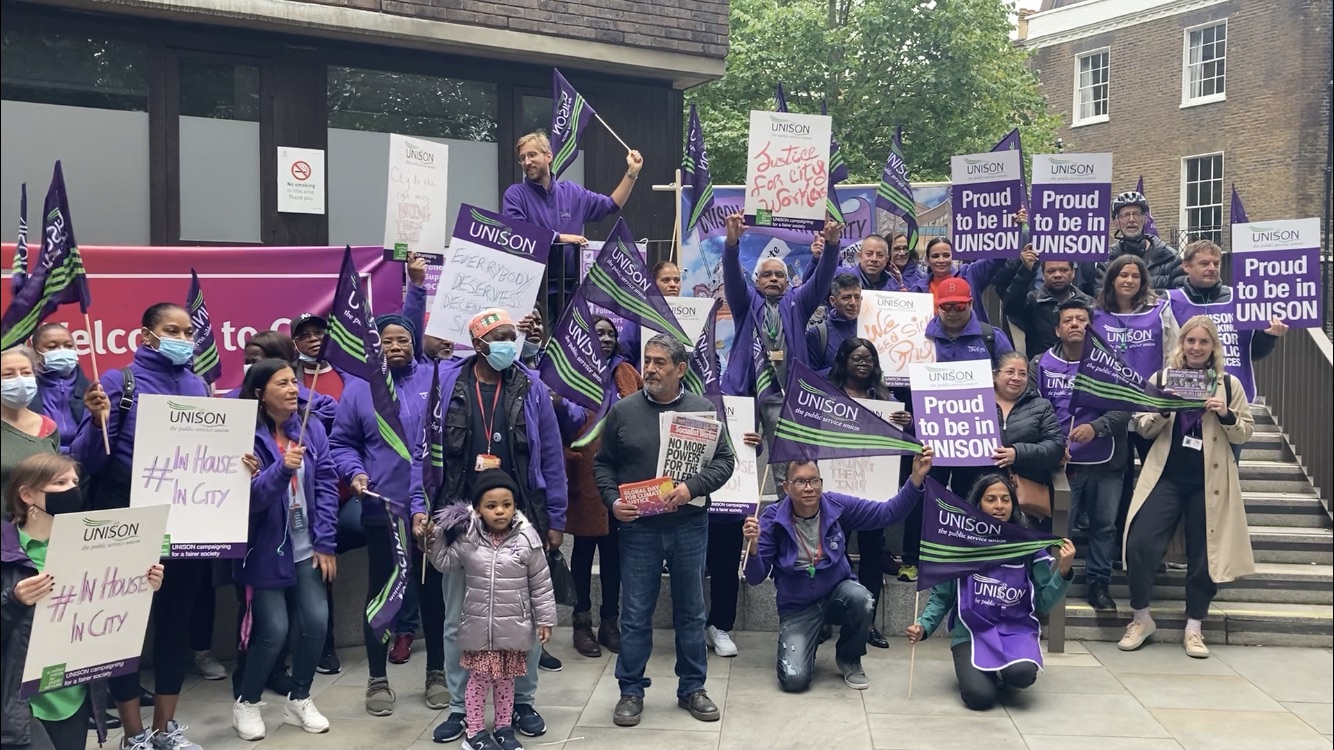 UNISON members and university staff in Northampton Square this week

A UNIVERSITY cleaner felt forced to come into work with a broken foot because she was not allowed sick pay a rally was told yesterday (Thursday), writes Helen Chapman.

The demonstration was held outside City, University of London in Northampton Square and called for their cleaning and catering services to be brought in-house.

The university has said it plans to increase cleaners’ holiday pay immediately but the increases in sick pay and pensions for cleaners will only happen within three years.

The same change has not been offered to caterers. Fernanda Alves, a cleaner, said she broke her foot four years ago but still came to work. “I still get emotional when I talk about it,” she said. “I couldn’t afford to stay at home. As a result I still have problems with my foot and I still suffer from the pain.”

Patricia Yethman, a cleaner and Unison member, who has worked at the university for 20 years, said: “Over lockdown cleaners and caterers have provided a service. Every single day we come in doing the work yet they gave us nothing.

“We are human beings. It’s not fair. Enough is enough is enough. We are here to tell the university we will not stand for mistreatment.”

“This phased approach is necessary to allow the current and any future service provider to plan for changes to their own staffing requirements and to allow City to plan responsibly for the increased contractual costs.”

They added: “City already pays London Living Wage to all contracted staff and has in recent years provided contracted staff with additional paid leave for the university’s Christmas closure period.”