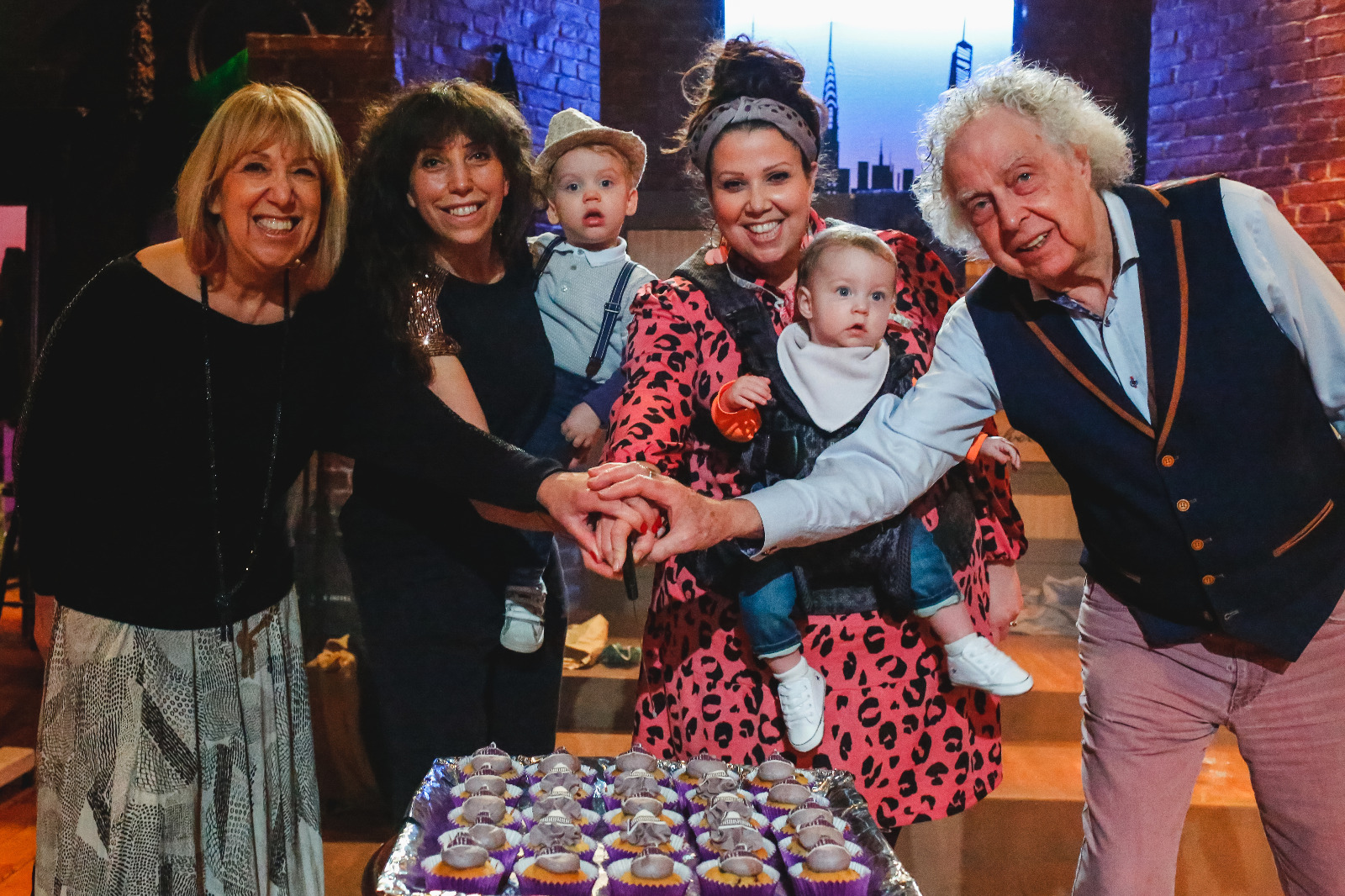 Katie and John Plews, left and right, with daughters Jessica and Racky and grandsons Cosmo and Hugo

A THEATRE which has won rave reviews and award nominations for its production of Five Guys Named Moe celebrated its birthday after Sunday’s matinee performance.

John and Katie Plews cut the cake at Upstairs At Gatehouse in Highgate – 24 years after they first turned an old store room above a pub into one of London’s best-loved fringe theatres.

Over the years, they have handed out awards to those who have helped the theatre thrive but this time the couple’s daughters, Racky and Jessica, surprised them with a certificate of their own.

The current musical runs until Sunday and has four nominations at the Offies – the coveted awards for fringe productions. Audiences were kept safe from Covid with masks, deep cleans, and some extra socially-distanced shows were arranged.