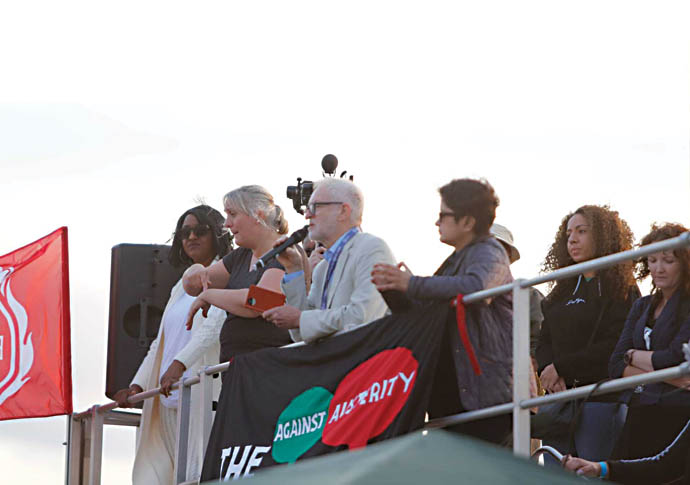 FORMER Labour leader Jeremy Corbyn believes the party wasted its conference time “discussing rule changes nobody asked for” – instead of coming up with solutions to a catalogue of problems facing the country.

The Islington North MP appeared at several events in Brighton over the last week as Labour met for its annual autumn get-together.

It was the first full conference since Sir Keir Starmer took on the leadership and votes on the main floor included altering rules on how the party chooses its leader – removing a one member one vote to hand more power to the parliamentary wing.

This was designed, most accepted, to stop a repeat of Mr Corbyn’s rise to the top of the party, making it difficult for an out-and-out left-winger to follow in his footsteps.

Mr Corbyn is still officially an independent MP after having the whip removed from him in the House of Commons by Mr Starmer.

It followed the publication of an Equality and Human Rights Commission report into Labour’s handling of anti-semitism complaints, which found examples of harassment.

Mr Corbyn condemned racism but said in the immediate aftermath that in some incidents opponents and the media had overstated the issue to harm the party and his leadership.

Mr Starmer has said any readmittance hinges on an apology for these remarks. 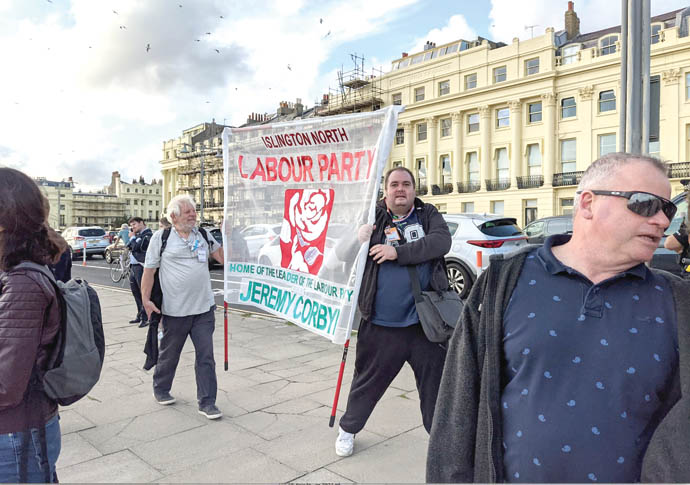 This raises the prospect of Mr Corbyn running as an independent in Islington North at the next general election, although his supporters say that bringing him back would be a start towards healing big internal differences over future direction.

Mr Starmer indicated this week that he felt that winning an election was more important than stitching together Labour’s polarised factions. He faced heckles and people holding red cards when he delivered his set piece speech on the final day of the conference on Wednesday.

During a rally for the People’s Assembly against Austerity, held on the Hove lawns close to the conference centre, Mr Corbyn told a gathering on the grass: “I want us to be campaigning for a fully publicly-owned NHS and a national care service, paid for by the taxation of the wealthiest and a wealth tax within our society.”

He added: “I want us to be campaigning for the construction of council housing, for the regulation of the private rented sector.

“Of course I wish we’d won the election and we were in government to do something about that. But power is not just elected office, it’s not just majorities in parliaments and councils. Power is where people are and where people are campaigning together in solidarity with each other.” 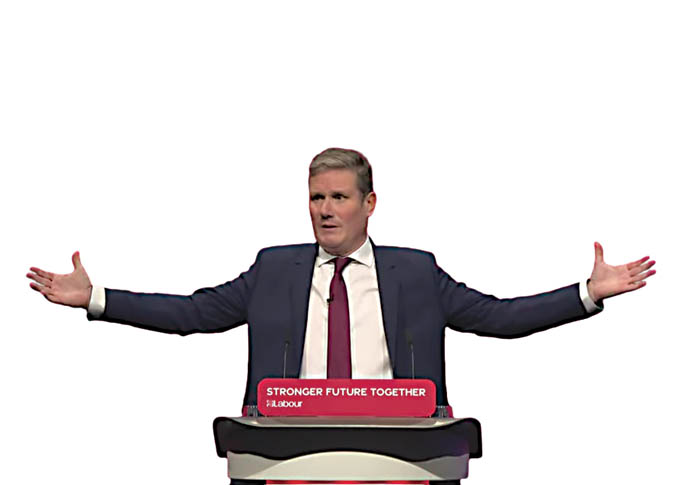 Members from Islington North were standing with a constituency banner hoisted nearby; a label stating that it was “the home of Jeremy Corbyn” had been pinned to it.

Mr Corbyn repeatedly referred to “our party” during his speech and said that another Islington North Labour Party banner was stored at his home.

He added during his speech: “Look at the current crisis on fuel shortages. Look at the issues of wages, look at inequalities – surely to goodness at a time like this our party doesn’t need to be discussing rule changes that nobody asked for and nobody wanted.

“What we should be doing is working in solidarity with those people who are fighting to save jobs and conditions, and defending public services.”

Elsewhere, the conference fringe meetings were rife with discussion about how Labour might win power, but the MPs who had worked with Mr Corbyn’s leadership were largely sidelined.

At one event, guest speaker Sir John Curtice, the election night polling guru, said: “Just sticking to the current parliamentary boundaries, Labour needs a 12 per cent swing and thus almost a 12-point lead just to get an overall majority of one.

“So on the current electoral geography at least, and with the current dispositions of the third parties, winning an overall majority does look like a very tall order.”

He was speaking at a meeting in which Labour MPs and activists were discussing whether they would have to work with the Liberal Democrats, or Greens or even the SNP to remove the Conservatives – although it was agreed that new referendums on PR and independence could be the pricetag.

Discussions similar to those held by Tony Blair and Lib Dem leader Paddy Ashdown in 1997 were also suggested.