We have been warned on the loss of green spaces 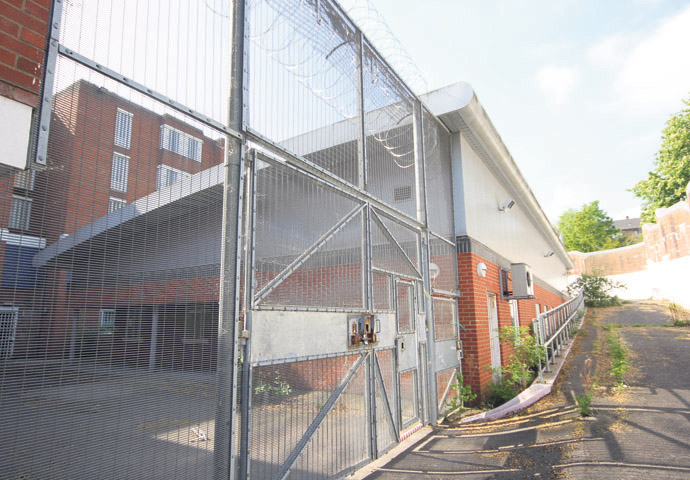 • THE 980 homes proposed by Peabody housing association for the old Holloway Prison site may well be an “over-development” of the former women’s jail land but these aren’t the only new-build properties planned for our borough, (Ex-prison site may see too many homes, August 13).

Peabody also has plans for some 300 new homes on the former Whittington Hospital Archway Campus site – it’s owned the land since 2014. Just 50 per cent of these will be “affordable”.

Newlon Housing Association is planning an additional 600 units on the former council-run Barnsbury Estate, the majority leasehold, while the City of London Corporation was recently granted planning permission for a 91-unit infill housing scheme on its York Way Estate.

All these are in addition to the extra 550 council homes across at least 17 of its own estates Islington has planned.

Not all the proposed homes are for social, let alone affordable, rent but those that are carry the Right to Buy (RtB).

The Highbury Corner Dixon Clark Court (DCC) scheme is for 25 RtB homes and a block of 14 leaseholder flats. The Bemerton Estate South development is for a total of 82 units, 30 of which will be leaseholder apartments, 52 RtB social rent.

The list goes on, not only in Islington but across London where City Hall has dictated that at least 116,000 affordable homes are to be under way by March next year.

As at DCC, many of these will be built on existing green spaces, others on former hard-standing garage areas There’s bad as well as good infill. DCC and Southwark’s Peckham Green are examples of the former.

As the post-pandemic demographic shifts continue, with the better-off leaving cities for the suburbs and rural areas – putting pressure on those areas’ residents via rising housing-prices – the Mayor of London’s pre-pandemic proposal for these 116,000 affordable homes needs reassessing.

Housing waiting lists will continue to grow unless the obscenity of London’s high land and property prices is addressed, (Densifying our borough is not very ‘people-friendly’, August 6).

Alas there’s no sign yet of City Hall doing so. Waiting-lists are a symptom of the problem.

Flooding and continuing heavy rainfall London has seen over recent weeks isn’t due only to inadequate drainage but a result of climate heating, and is widely agreed to become a regular UK weather feature.

Densifying Islington – and London – can only make matters worse as increased demand for water puts ever greater pressure on already-strained and old infrastructure.

We have been warned. Islington is already the most densely populated local authority in the country…