Welcome mat out for peep into life in Holloway prison 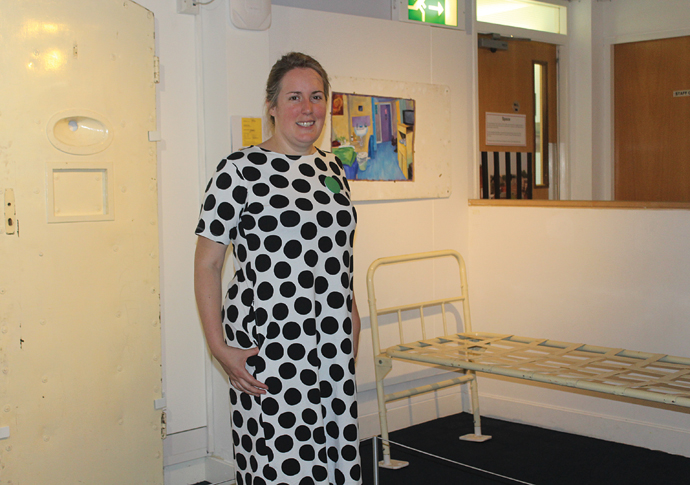 Curator Roz Currie with one of the prison beds

A HUGE welcome mat emblazoned with a griffin from now-closed Holl­oway Prison, along­side a sparse metal bed, takes centre-stage at an exhib­ition which starts this week.

Curator Roz Currie, 38, personally collected items from the prison in Parkhurst Road for the exhibition at Islington Museum in Finsbury.

“I’m particularly happy with the bed, which the Museum of London is really jealous we have. The welcome mat was lent to us from someone who was once in the prison,” she said.

Ms Currie hopes the exhibition, Echoes of Holloway Prison, will “open a window” into the former women’s prison, which was closed by the then chancellor George Osborne in 2016.

She said: “I wanted to create a link between those who saw the prison wall from the outside and those who lived and worked there. I want people to see how it all functioned and this exhibition is all about capturing the voices and the idea of the prison.” 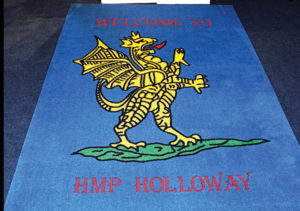 A toothbrush and a tube of toothpaste used by the inmates feature in the collection alongside a canteen price list from 2014 – when a bag of almonds cost £1.49.

“I hear the toothpaste was particularly nasty and gritty,” said Ms Currie.

Visitors can listen to audio recordings of interviews with former inmates, prison officers and volunteers at what was Europe’s largest women’s prison.

Former inmate Anise compares Holloway to a “mental institution” in a recording. She said: “It’s all corridors and doors and there’s always something fright­ening happening behind that door or in that corridor.”

She talks of nearly being attacked by a cellmate but also of the camaraderie within the prison which helped her survive. One of Ms Currie’s favourite items is a bag made out of J-Cloths which a prisoner used to carry her swimming costume to the prison pool. The exhibition features a poster of a cartoon dolphin which once decorated the pool walls.