WIN TICKETS TO SEE ALEXANDER O’NEAL AT THE PALLADIUM 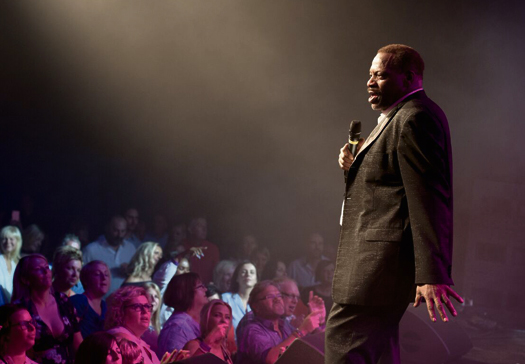 Orginally signed in his early days by the late legend Prince, Alexander O’Neal has secured his name in the R&B history books, with a career that has spanned over thirty years. His much loved, chart smash ‘Criticize’ is still lighting up dance floors across the world today and became integral to the soundtrack of the teenage years of Generation X.

Alexander is looking forward to stepping into the footsteps of his hero Marvin Gaye, when he ends April’s ‘The Resurrected’ tour on the hallowed stage of The London Palladium.

He will be playing all of his hits and some new material.

We have two pairs of tickets to see the iconic American Soul singer at the London Palladium on April 25th.
To be in with a chance of winning this fantastic prize, answer this question:
What was Alexander O’ Neal’s smash hit from November 1987
a) Criticize b) Confusion  c) Cherish

Send your answer to this email address: competitions@camdennewjournal.com